Secret Service Enhances Biden’s Security Ahead Of The Big Announcement 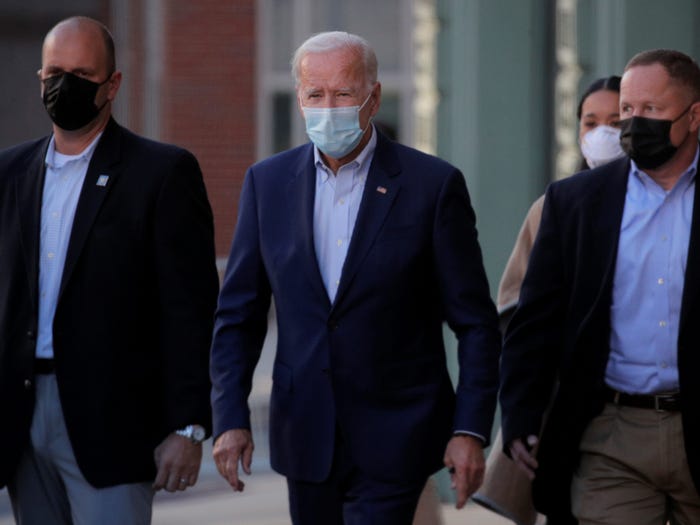 The Secret Service earlier today sent more security agents to Biden’s Delaware Residence ahead of the big announcement by the presidential hopeful.

Joe Biden is expected to make a major speech at the Wilmington Convention Center and dozens of secret service agents are currently surrounding the area. Biden is taking an early lead and he is on the verge of taking the presidency if the current trend is anything to go by.

He currently leads in key states that are yet to complete tallying of their votes. The states include Nevada, Arizona, Pennsylvania, and Georgia. The mentioned states were to be the determinants and Donald Trump was leading in a number of them before Biden suddenly surpassed him.

Biden will receive full protection according to the American constitution if he manages to be declared the president elect. Incase he wins and President Trump refuses to concede defeat, the secret service will have to wait until mid- December awaiting the way forward. 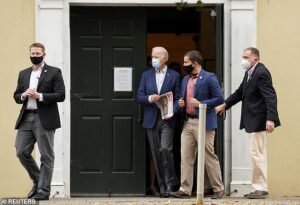 However, the secret service will still be required to protect Biden by virtue of being the president-elect.

Secret service does not disclose much about their security arrangements to the public but as an independent body, they are free to offer protection to Biden given his current state. They will also continue providing security to the incumbent president Donald Trump if he fails to concede defeat.

Having complained about voting and counting in some states, Donald Trump is expected to dispute the results in the Supreme Court. The President casted doubts in the whole process claiming that his agents were denied meaningful access to the tallying center. He also alleged without evidence that illegal votes were being counted in favor of his opponent Joe Biden.