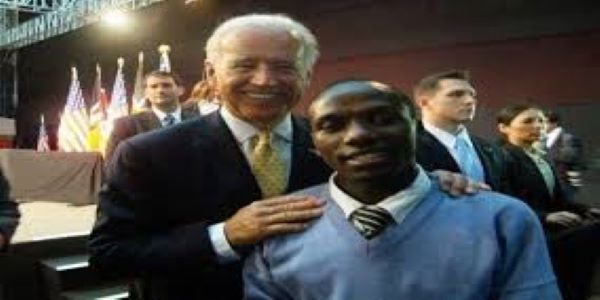 Jonathan Rotino who hails from an extended family had difficulties paying his College fee as a result, he opted to drop out. “With an outstanding fee balance of over sh.200,000, I knew it was next to impossible to raise this amount of money to clear my fees. I had faith and one day everything turned to my favor.” Said the student.

According to Rotino, his fortunes knocked the door when his political science lecturer selected him amongst the best performing students. These students were to go and meet Joe Biden who wanted to meet marginalized students and opinion leaders at the KICC center Nairobi.

Jonathan recalls seeing the late Professor Wangari Maathai and Joe Biden who was the main speaker at that function. Having sat at the front seat, he was lucky enough to see Biden walk straight to him after making his speech.

Biden asked him his name and what he wished to be in  the future. Rotino jokingly told him that he wanted to be the Kenyan head of state but his dreams would be shattered by lack of school fee. 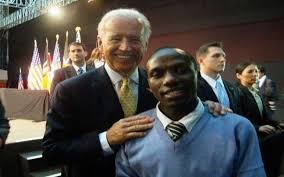 Having listened to him, Biden called the then US ambassador to Kenya Mr. Michael Ranneberger and they agreed on how the boy could be helped. Jonathan later received a call from the American Embassy urging him to report to their offices in Gigiri.

He was asked to fill certain forms and that is how the American government funded all his education plus a monthly stipend of 20,000 Kenya shillings.

The young man hopes to be invited in Biden’s swearing in ceremony if he manages to topple the incumbent Trump.