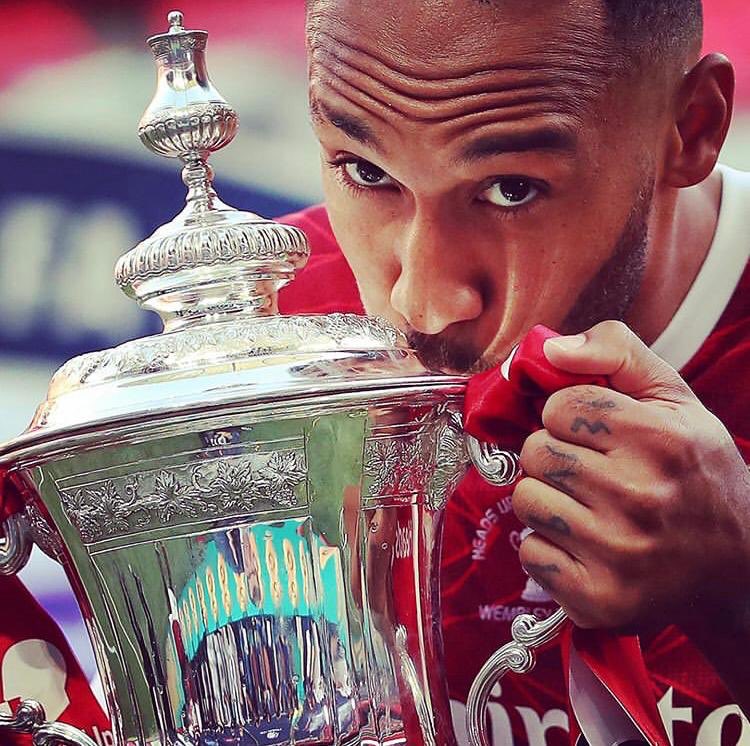 Prince William made light of Pierre-Emerick Aubameyang dropping the FA Cup trophy after Arsenal’s 2-1 win over Chelsea by joking that he should have been there to prevent it.

The Gabon international was the star of the show at Wembley as he netted both Gunners goals in the comeback victory to hand Mikel Arteta his first piece of silverware as boss.

In the process Arsenal claimed their 14th FA Cup victory, a record, and also made sure of automatic qualification for the Europa League for next season.

Aubameyang has not put a foot wrong again this term, once again ending as Arsenal’s top scorer, but an error in the trophy presentation caused quite a stir.

The smoothest trophy lift you’re ever likely to see?

The Gunners captain lost his grip on the trophy after having picked it up to take over to the other players before attempting to lift it high into the air.

After struggling to separate the Cup from its base, the forward decided to bring both to the team before dropping the trophy on the floor to the disbelief of his team-mates.

The trophy would normally be presented by FA president, the Duke of Cambridge, but William was unable to attend this year’s event.

Instead, he watched on from the Sandringham Estate in Norfolk, where he hosted an outdoor screening of the final to raise the profile of his Heads Up mental health campaign. 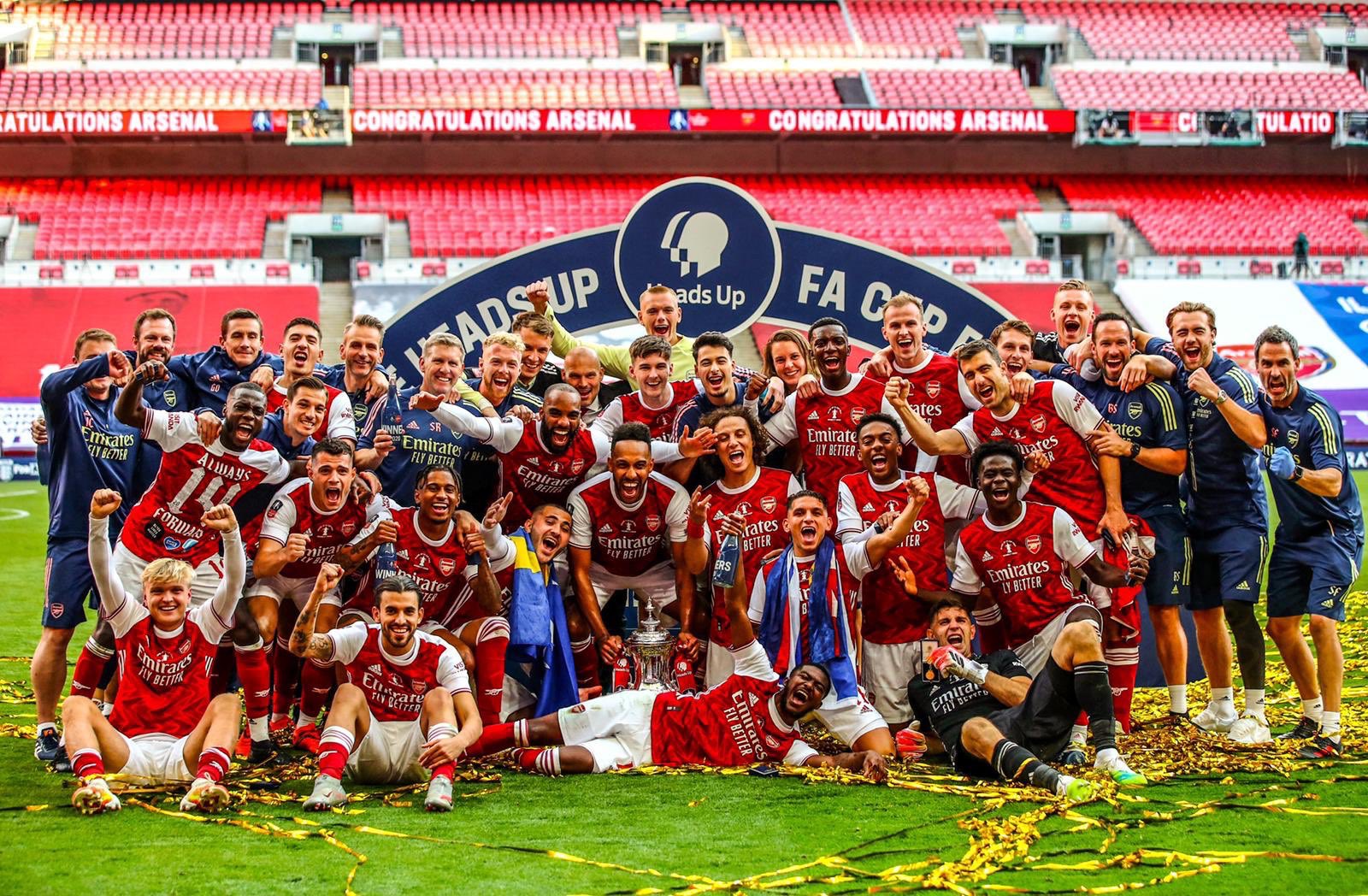 “That’s why you need the President there!” he joked upon watching Aubameyang struggle with the trophy.

Prior to kick-off, the William correctly predicted the final score, telling a fan: “I’m thinking 2-1 Arsenal.”

“I’m not allowed to predict apparently,” he added. “People say ‘you’re the president of the FA, you can’t’.

“I’m like, ‘I’m not officiating, I can predict surely, I’m not actually a referee’.” 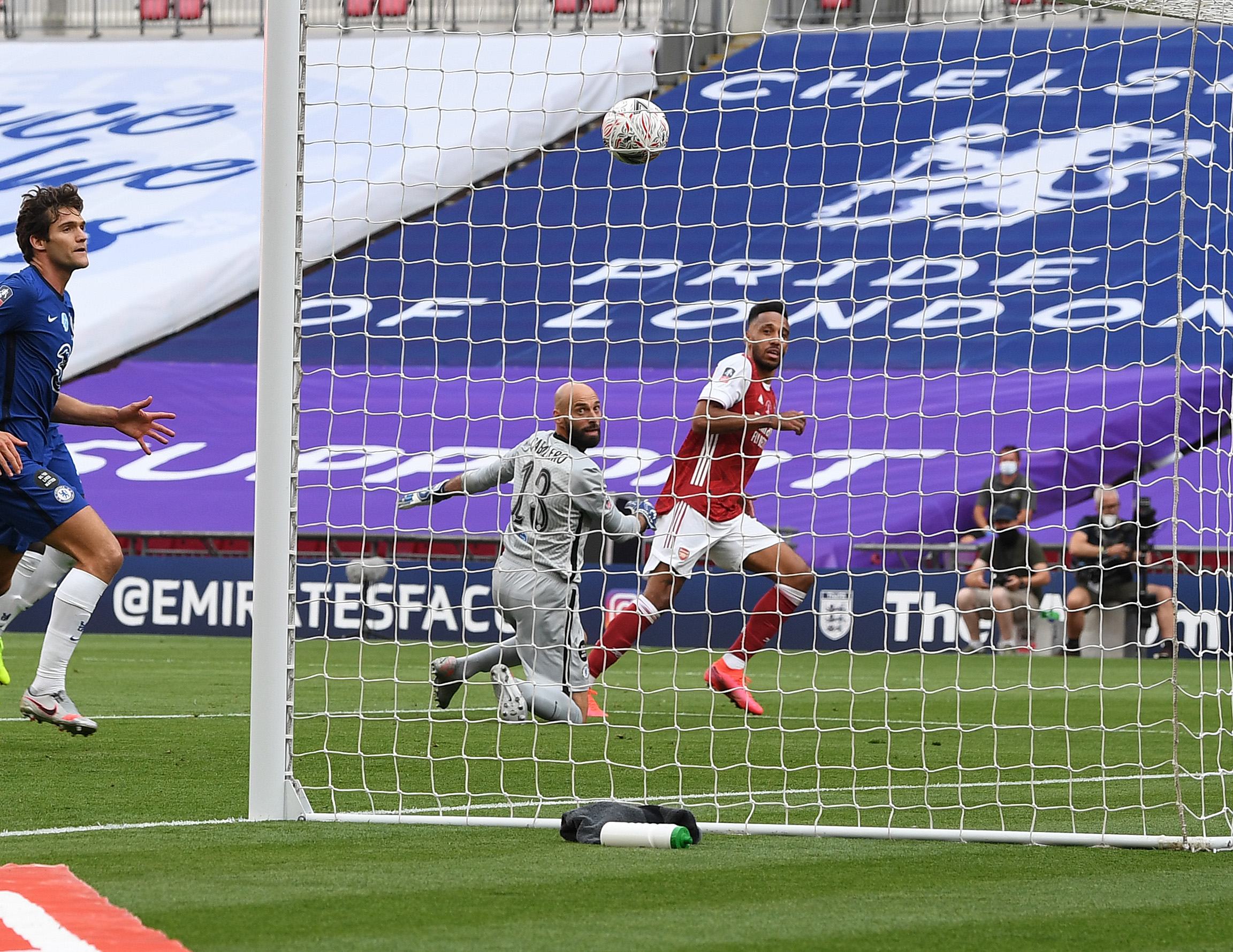 Aubameyang did not seem too affected by the error and the celebrations continued all the way into the dressing room.

Victory was a nice way to finish off what has been a disappointing season for Arsenal but now the hard work starts in the summer transfer window.

First and foremost, Arteta knows he must do all he can to try to persuade Aubameyang, who is entering the final year of his contract, to remain at the Emirates.