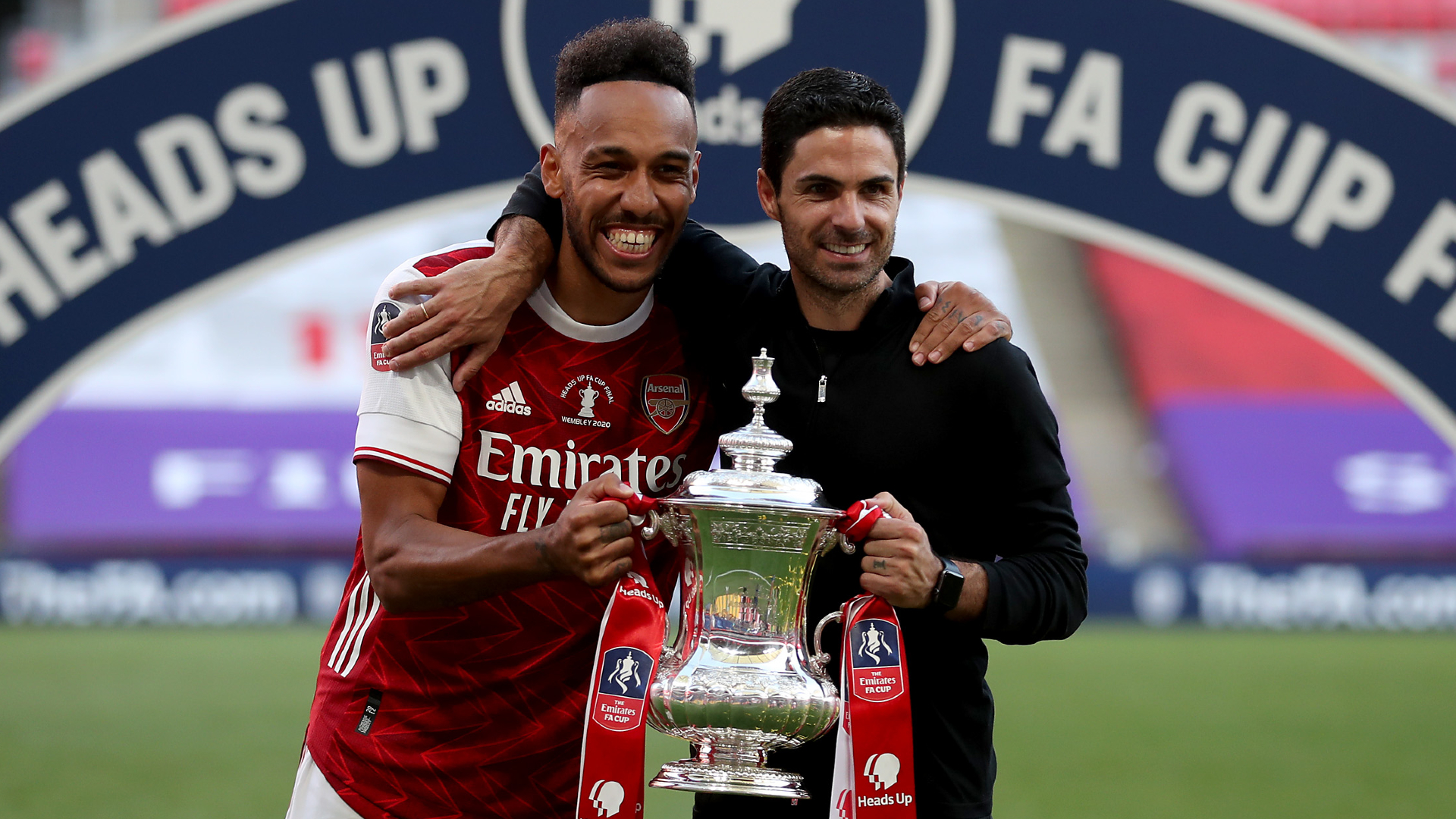 Arsenal’s goalscorer netted twice to help his side overcome the Lampard’s side at Wembley and was eager to steer clear of contract talks afterward.

Pierre-Emerick Aubameyang declined to be drawn on his future after scoring a match-winning brace for the Gunners in the FA Cup final.

Arsenal’s FA hero underlined his value to Arsenal’s cause with two goals against the Blues on Saturday.

Mikel Arteta’s side has continued to look to their Gabonese for inspiration throughout the uncertainty surrounding his contract situation at the club.

Arsenal captain has remained coy on his plans, with many suggesting that major silverware would be needed for a prolific presence to sign the new contract. 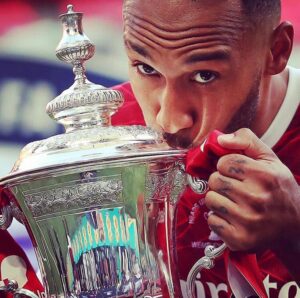 The North London team has now that, together with qualification of the European football – Europa League, but the 31-year-old continues to give little away.

Asked if he had a message fro the Gunner’s faithful after guiding them to another trophy triumph, the striker told BBC sports: “Nothing. Today is about the trophy.”

Arsenal manager was also asked on the plans of his talisman skipper, with Arteta reiterating his belief that a deal will be reached at some stage between the club and the player.

“He knows what I think about him,” said Arteta.

“I want to build the squad around him. I think he wants to stay and it is just about getting the deal done.

“But I think these moments will help him to realize and believe that we are on the right path and he is a big part of that. He is loved by everybody at the club. Hopefully, he can continue with us.” 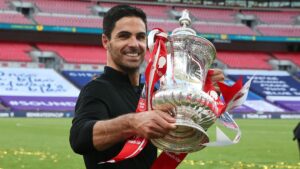 When the Britsh asked him if the Gabonese will extend his stay at the club, Arteta said: ” I think he will, yes.”

Talks between the club and the player have been put on hold for now as the North London club revel in ending the season on a high.

It has been a challenging season for the Gunners, with another managerial change made, but optimism has returned under the new manager, Mikel Arteta and they now have a tangible reward for their work. 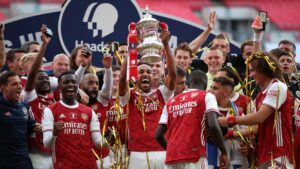 “We enjoyed it and we are all happy,” Auba said on selling the FA Cup glory.

Speaking on the job done by Arteta since taking his managerial post in the club the striker said: “I think he deserved this win. He did a great job and we are all happy to have him on board and we all follow him.”

Aubameyang played a crucial role in giving his boss something to celebrate against their London rivals – Chelsea.

Jadon Sancho and Manchester United agree on £340,000 a week contract