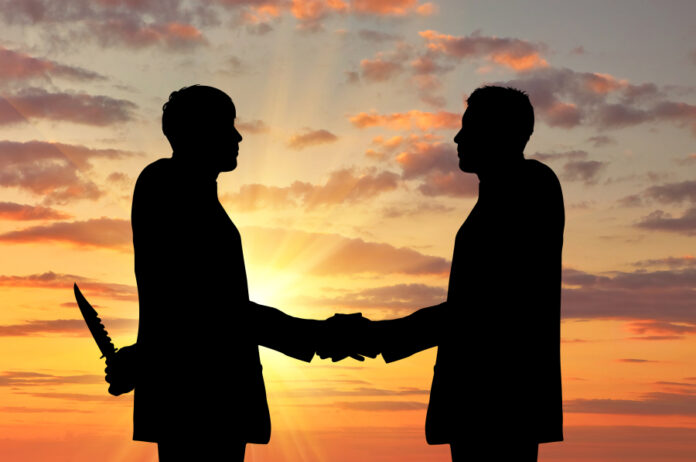 Some things are just difficult to understand. For instance, why would a whole governor, doing his second and final term in office, hold a grudge against a simple MCA whose only fault is to aspire to become the next governor?

It is even more strange when I recall that it is this same governor who encouraged me to go for the county top seat come 2022 yet now he regards me as an enemy to be trampled upon.

You probably remember how a few weeks ago, I and fellow MCA Matayo, missed a crucial party meeting.

It was not our fault that we skipped the meeting since the notice was short and we were blocked by floods.

The consequences of our missing the meeting were worse than we had first thought.

We both lost our seats in the Assembly committees to which we belonged.

As soon as he received this information, MCA Matayo came to my office. He was looking very angry. “Bwana Gwinso, what is this?” he asked even before getting seated.

“This man is sabotaging you. He knows very well you want to become governor, yet he humiliates you.

As for me, I have no problem except for the inconvenience.” As my friend spoke, I realized how unfair the governor had been to me.

“Bwana Gwinso, you fear the governor?”

“Then let us go and tell him what we think about the treatment you have received.” I liked the idea.

There was no way we were going to let the governor go scot-free after mistreating us. We booked an appointment for the following day.

“The governor will see you in a few minutes,” the secretary told us the following morning.

As we sat in the waiting room, we planned how we would approach the issue.

Matayo suggested that I speak first. I had no problem with that. “Tell him everything he should know.

Don’t spare him,” Matayo said. He did not need to remind me of this for I had already gathered enough venom to release on the county boss. We were soon ushered into the office.

“Welcome, my good friends,” said the governor. I felt like asking him when we became his good friends.  Matayo did the preliminaries and then invited me to speak.

“Bwana Governor, we have come here to complain about the unfair treatment we received.”

“We were removed from the House committees unfairly.”

“Are you sure you are complaining to the right person?”

That did it. I found myself flying into a rage. The word ‘corrupt’ left my lips more than once, and I banged the table several times. It took several pleas from Matayo to cool me down.

“Are you through?” the governor asked with a coolness that I found annoying. I did not answer.

“Listen, my friend. If you really hope to become a governor and be respected, then you too should learn to respect others.

You don’t have to be rude to be understood. Do you realize you have acted in an uncivilized manner? Matayo, what is wrong with your friend?”

“I also don’t know,” answered my colleague to my utter shock.

“Listen, Bwana Gwinso. Next time you have a complaint learn to compose yourself, don’t come here to yell like a lunatic.”

“Bwana Governor, I would like to apologize on his behalf. He must have been overwhelmed by emotions.

Please forgive him.” I could not believe my ears. Was this the same Matayo who had initiated this move to come and see the governor?

I decided to keep mum from then onwards. The two fell into conversation like long lost buddies, but I did not bother to listen to what they were talking about. Later, after we had left the office, I asked Matayo why he had betrayed me.

“Which betrayal? I just adjusted according to the prevailing circumstances,” he answered. “We should not always have a fixed mind.”

Anyway, what I know is that despite Matayo’s efforts to look good in the eyes of the governor, we are both out of our House committee positions.

The Story was done by The People Daily.