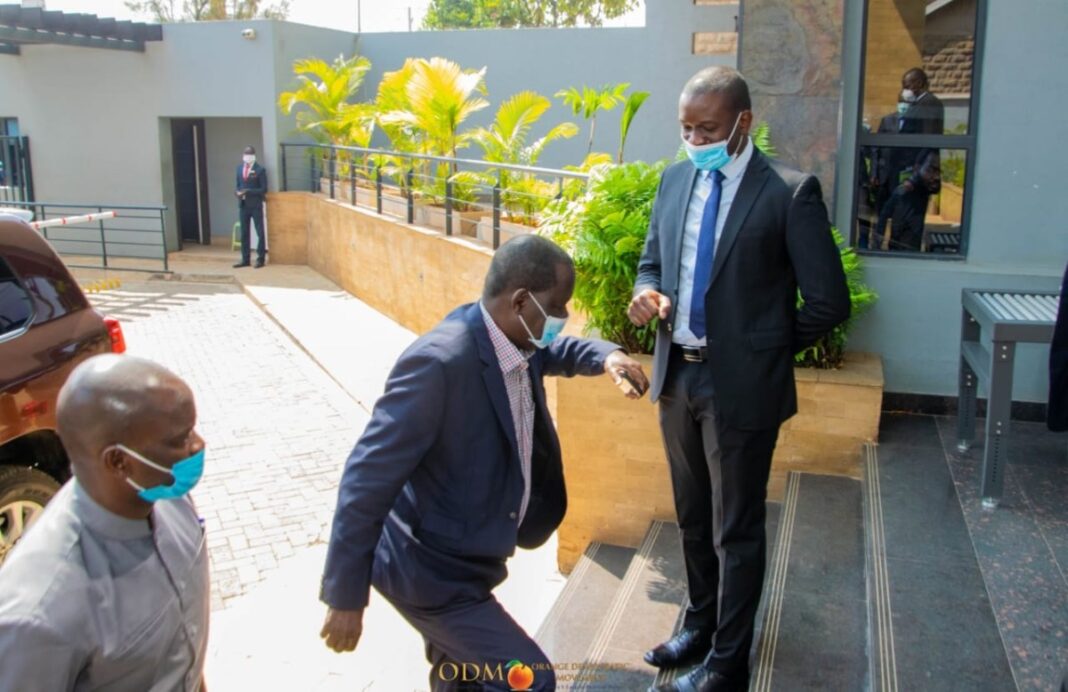 Raila’s newly appointed party officials are expected to be sworn in today.

The newly appointed officials to the National Elections Board and the Disciplinary Committee of the ODM party will begin their official duties after being sworn in today (Thursday).

The swearing-in ceremony will be presided over by a High Court Judge and is expected to be witnessed by ODM Party leader Raila Odinga.

The ceremony comes just days after the party largely discredited its National Elections Board was shown the door in a grand housecleaning.

The ODM purge also saw ODM’s disciplinary committee overhauled to revamp the party ahead of the 2022 polls.

Raila fired all those that were in Judy Pareno-led election board after being accused of bundling the party’s nominations that led to ODM performing poorly in the 2017 general elections.

In the new changes, Raila brought in former commissioner in the Constitution Implementation Commission Catherine Mumma as the new NEB boss.

Others that were brought in are former Wajir South MP Abdulahi Diriye, Richard Tairo, Syntei Nchoe, and Emily Awita.

City lawyer Fred Athuok will be replaced by Prof Ben Sihanya as the chair of the disciplinary committee.

Reports say that Raila opted for Mumma appointment following her extensive legal experience to implement far-reaching recommendations of the team that conducted an internal audit last year – with devastating conclusions.

Mumma chaired the five-member team that gave a cruel verdict on various party organs such as the NEB accusing of plotting poll violence to rig in their preferred candidates.

The new NEB members are expected to plan and conduct the party’s much-awaited grassroots elections which had been postponed because of the coronavirus pandemic.

“The new NEB must quickly settle in and begin preparations for the Party Grassroots Elections.  The new Disciplinary Committee likewise is expected to settle down quickly and dispense with urgent pending disciplinary cases involving our MCAs from Nairobi, Bungoma, and Nyamira counties,” ODM said in a statement.

Manchester United will endeavor to get their pursuit of a top-four finish back on track when they travel to the capital to take on...
Read more
- Advertisement -
Court

Gospel singer  Betty Bayo has exposed a married man who wanted to lungula her after paying for her rent worth Shs 150,000. In a post...
Read more