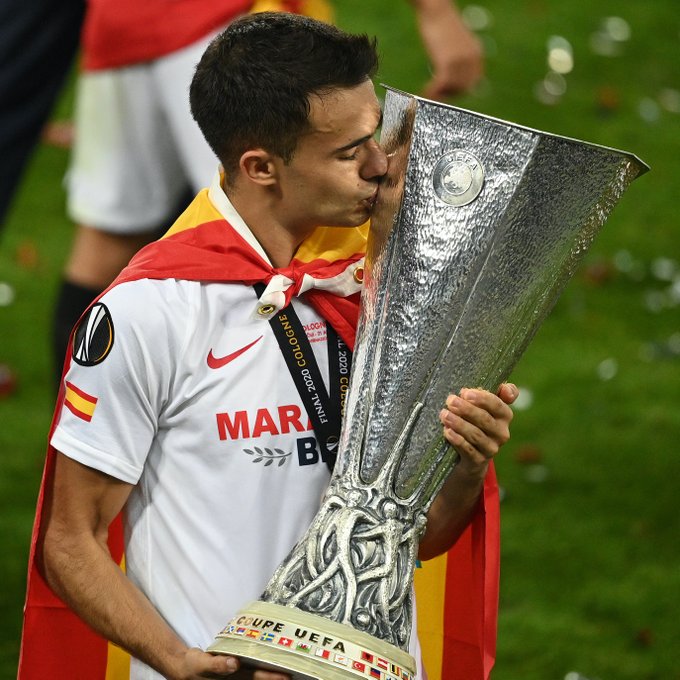 Tottenham are reportedly close to agreeing a deal for Sergio Reguilon as they look to pip Premier League rivals Manchester United to the Real Madrid left-back and his team-mate Gareth Bale.

And Reguilon is firmly in their sights as Jose Mourinho looks to add another competitor to Ben Davies and Ryan Sessegnon in the left-back spot. 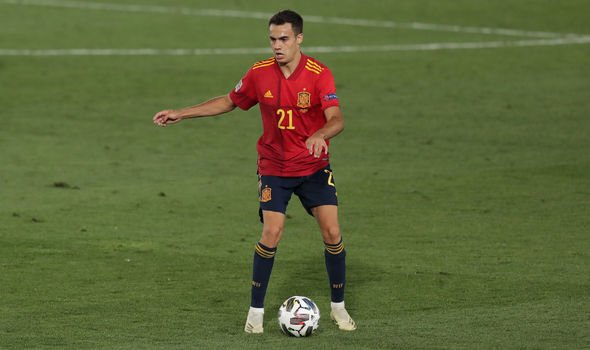 The recently-capped Spain international has the subject of talks between the north London club and Real Madrid of late.

Now according to transfer maestro, Fabrizo Romano, Reguilon has agreed on personal terms with Spurs. Tottengam have splashed €30m to bring in the left back who was on Manchester United’s radar.

Just in: Sergio Reguilon to Tottenham, here we go soon! The agreement has been reached on last few hours with Real Madrid for €30m as final fee. Reguilon agreed personal terms with Spurs and accepted to join also after talks with #MUFC. Only paperworks to be signed. ⚪️🤝 #THFC

United have held discussions with Los Blancos about the 23-year-old but have not been able to broker a deal.

The report adds that Real Madrid boss Zinedine Zidane is not a fan of Reguilon despite his excellent season on loan at Europa League winners Sevilla last term.

Zidane, who coached Reguilon when he was in charge of the club’s reserve team Real Madrid Castilla, is happy to see the player sold given he has Ferland Mendy and Marcelo in that position.

And while Spurs boss Mourinho already has Davies and Sessegnon as options at left-back, Reguilon would provide more cut and thrust offensively than the Welshman while Sessegnon is yet to be given a chance as a regular starter despite the club’s faith in the 20-year-old.

Sevilla had previously been keen to re-sign the player but have instead opted to recruit Mexican Marcos Acuna from Sporting Lisbon permanently.

After news of the arrival of Juliana Kanyomozi's newborn child Taj, reports in Uganda had it that baby’s father could be General David Rubakuba...
Read more
- Advertisement -
Coronavirus

The Deputy President William Ruto has seemingly deasocciated himself with ODM's reject Sharlet Miriam to support another independent candidate in the upcoming Msambweni by-elections. This...
Read more
SONKONEWSLionhearted & Connecting The Dots