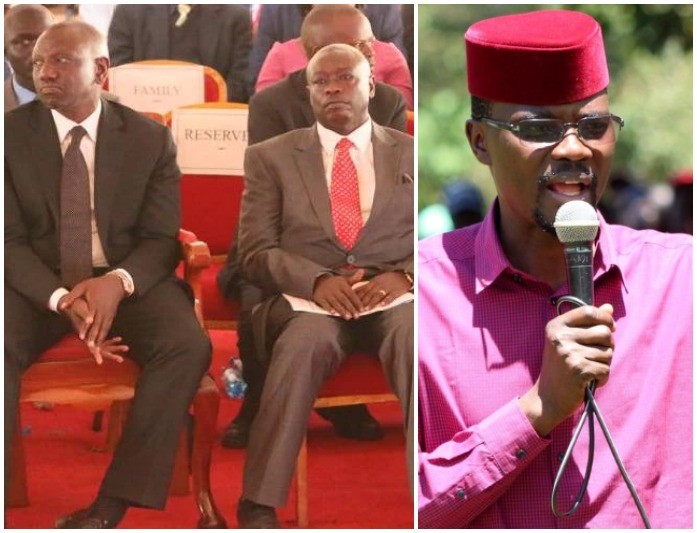 Politicians who are jostling for party positions within UDA have expressed dissatisfaction with the constitution of the National Executive Council (NEC).

It has been established that some senior members of the party have protested 32 names of NEC officials forwarded to the Registrar of Political Parties by the UDA secretary general Veronicah Maina.

UDA has attracted a number of defectors from others parties, especially from Jubilee. The problem is that these defectors can’t hold positions within UDA at the moment because legally they are still members of parties they defected from.

Mathira MP Rigathi Gachagua, Kimilili MP Didmus Barasa are among those seeking positions within UDA but are barred by the constitution.

The lawmakers want to stage a mass exodus in May next year since at that time the Independent Electoral and Boundaries Commission (IEBC) will not be allowed by law to hold by-elections in the case the defectors are expelled from their parties and lose elective posts.

Gachagua and Barasa insist that UDA NEC officials are just there for a short while and they would be expelled next year and their positions occupied by them.

“I have no problem with those proposed tp the NEC because they are caretakers who are just holding the brief for us. After February next year elected leaders will no longer be at loggerheads with the law for defecting from their parties, hence we will officially leave Jubilee and occupy those positions,” Didmus Barasa told Nation.

“UDA like any other new organization, faces a teething problem. There is no tension but healthy debate and criticism. UDA allows internal democracy and encourages members to speak out, unlike Jubilee which we left after it became a one-person dictatorship,” Mathira MP Rigathi Gachagua said.

However, the planned expulsion of NEC officials next year will likely cause even more divisions in UDA which has been imploding for quite some time.

Autopsy Reveals How The Standard Journalist Was Murdered