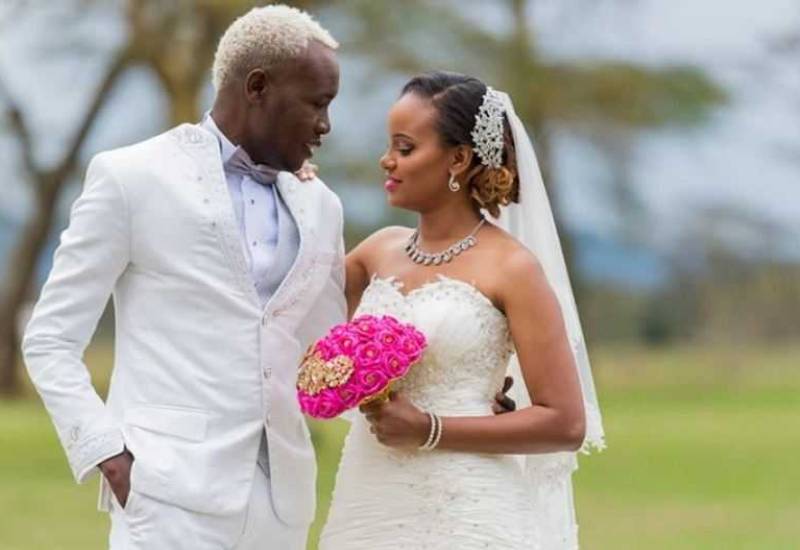 During the launch of Daddy Owens new album titled ‘Chapter IV’, Osoro said that it was time that the gospel singer moved on.

“Now that pastor is here, I see many people here, there are many beautiful girls here, usituweke sana. We have accepted what happened. Pick one, there is a stage here, a pastor,” Osoro jokingly said.

The lawmaker, who doubles up as Daddy Owen’s lawyer, further opened up about his close relationship with musician.

He said that Daddy Owen was so devastated when his marriage hit the rock bottom.

“I can’t believe this is Owen. In December he came to my office and I felt so bad. I had a bigger problem than him, but I had to shed a tear, his life wasn’t looking very okay,” Osoro said.

He revealed that he had to distract Owen by assigning him duties in South Mugirango Constituency so that he could not fall into depression.

“It has been around 10 months and I have seen a transformation in him. I had to distract him. I took him to the constituency, gave him a road to build,” Osoro said.

The MP expressed his joy on seeing that Owen had picked up the broken pieces and moved on with life.

“I see he is back on track and I am very happy today,” Osoro noted.

Owen and his wife Farida Wambui separated in December 2020. According to reports, Wambui dumped the vanity hitmaker and got engaged to a tycoon.

In a past interview with The Standard , Owen revealed that troubles in his marriage began three years back and even affected his music career.

“We haven’t been agreeing on everything and that is human. However, when one wrong leads to another, you really have to get concerned and start thinking hard. When it came to that, I fell into depression and could lock myself in the house and cry, asking God why this was going on,” he said.

Owen and Farida have two sons together.

Kenya Gets Another 4th Largest City

Diana Marua: “Why Are People Shocked At My Rate Of 850K? Kwani Wasanii Hulipwa Ngapi??