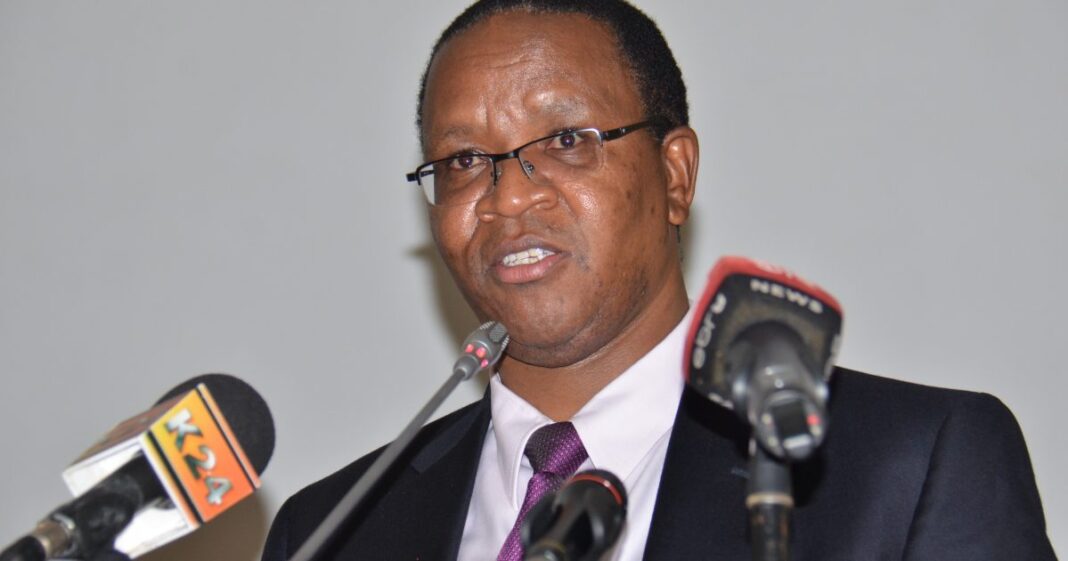 During a leaders peace meeting held on October 17 at Ndindiruku village, Kibicho asked Waiguru to stop dragging politics into the event slated for October 20.

He rubbished claims that the team organizing the event had sidelined the governor in the preparations for the ceremony.

“We even have a WhatsApp group forum where we exchange views on the preparation of the fete where the county is represented by ten officials. The issue of sidelining the governor should not arise,” Kibicho stated.

Kibicho said that Waiguru was not being sincere since all leaders were asked to nominate five people they would wish to take part in the celebrations.

“Mashujaa Day is for the whole country and Kirinyaga is just a host. The county is not supposed to organize such an event and she should know that,” Kibicho noted.

The PS further called upon leaders to stop causing tension ahead of the Wednesday event that will be led by President Uhuru Kenyatta.

“We should be peaceful and allow the President to address the nation. Once the celebrations are over, we can face off after the President leaves,” Kibicho stated.

Waiguru was quoted complaining that she had been sidelined in the Mashujaa Day preparations yet the event would be held in her county government.

“I have no say at all as the host. The county commissioner is the one running the show,” Waiguru said.

On her side, Kirinyaga Women Rep Purity Ngirici, who seems to Waiguru’s biggest rival, said that she is comfortable with how the preparations are going.

“I am satisfied with the preparations, and I am not party to those who are making noise,” Ngirici said.