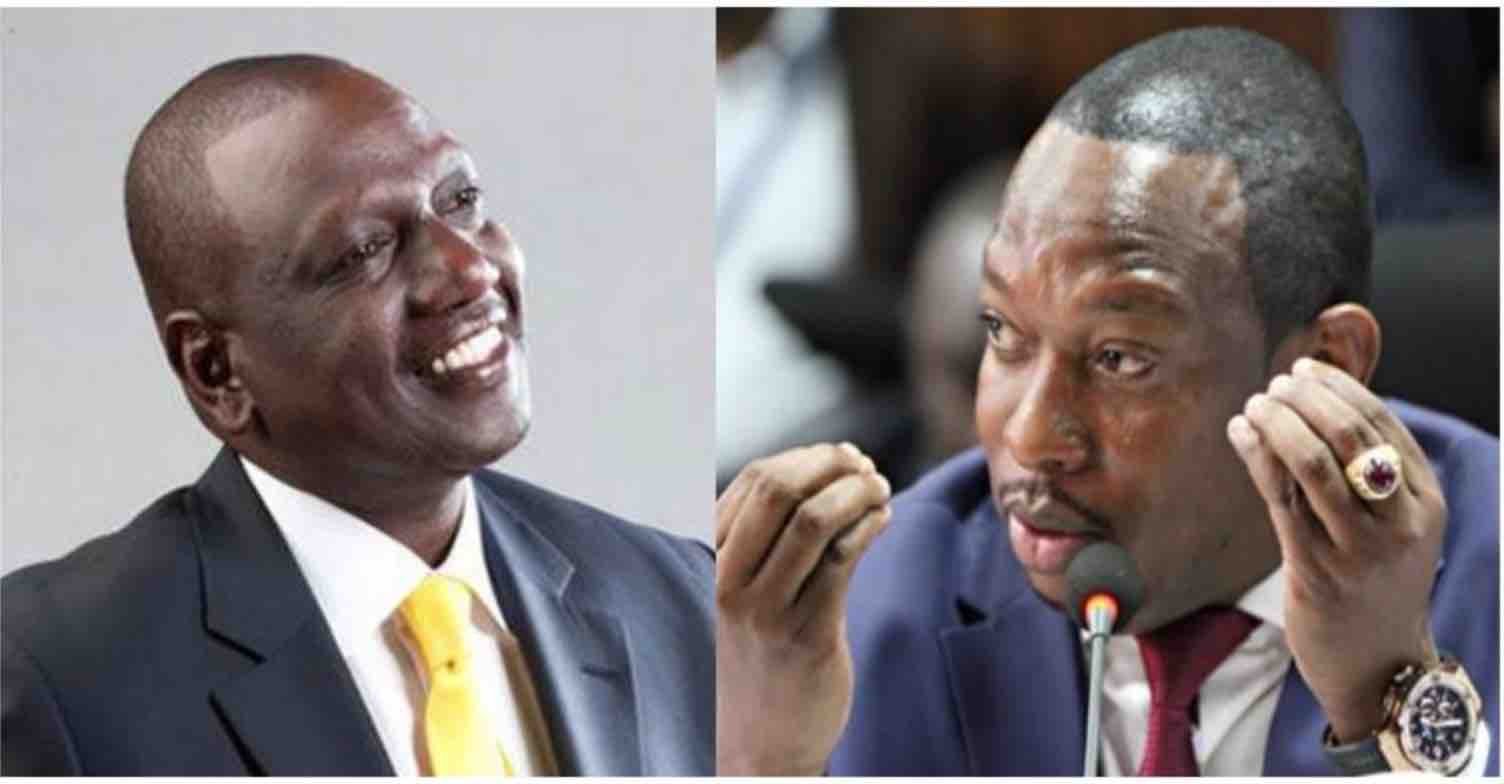 Part of the plan, which Ruto has started to roll out, casts the presidential contest as a battle between the haves and the have-nots, between the hustlers and the dynasties.

If he is to win the presidential seat,he has to have a credible running mate.And no one would be a better candidate other than Nairobi Governor Mike Sonko. Yes its an unexpected duo but a ‘sure bet’. Of course there are reasons why this is so,and they are:

1.They are both connect with the people on the ground

While he now appears weak and lacking the trappings of state power, he has the opportunity to reach out to voters as if he’s ordinary, like them. The apparent underdog status may also spare him close state scrutiny and harassment. Sonko will do things that people believe should be done. Indeed in the past, he has done things which educated men like Kidero could not do. He has shown he is a hands-on man and therefore, when he comes with ideas, people will pick them. Sonko’s personal interaction with the citizens, dubbed Wanjiku, enables him to pull many followers.

Raila Odinga  could have a serious competitor in the likes of Ruto and Sonko come 2022.

2.Kenyans are tired of dynasty

Dynasties in this context being those coming from families with generational assets, those thought to be groomed for leadership to protect the family’s wealth and political interests.

In the traditional sense, dynasty successors are born. Uhuru born to succeed Jomo Kenyatta, Raila born to succeed Jaramogi and Gideon to succeed Daniel Arap Moi.  Ruto has often been seen as a hustler, and  did not inherit generational political assets. Sonko too does not come from a family of politicians.”The world is going the wanjiku way,”  Mike Sonko, declared recently. It is high time kenyans have a break from dynasty politics.

Sonko is the epitome of a person who has come from nowhere and made something for himself. He rose from nothing, therefore Ruto can play within the hustler card together with hustler number one, Mike Sonko.

On his social media pages, Ruto said he was privileged to meet and interact with Stephen Odhiambo and Dennis Otieno, two enterprising Kenyans with innovative ideas on garden furniture.

Nairobi Governor Mike Sonko today surprised residents of Makini Ward in Kibra Constituency, by offering them foodstuffs, hand sanitisers, facemasks also helped fumigate the neighbourhood in a donation drive together with his Sonko Rescue Team. And the list of what he has helped the common citizen is endless .

4.Both are young unlike the  Mzee Raila

Now that majority of the Kenyan voters are youths,DP Ruto and Sonko are clearly younger than Raila Odinga. We got to agree that swag appeal to them.And Ruto and Sonko got that. Over 60% of the voters who will vote in 2022 are youths I don’t think Baba has a chance .

RELATED STORIES: The Power Ruto Has Now That Both Raila And Uhuru Lack