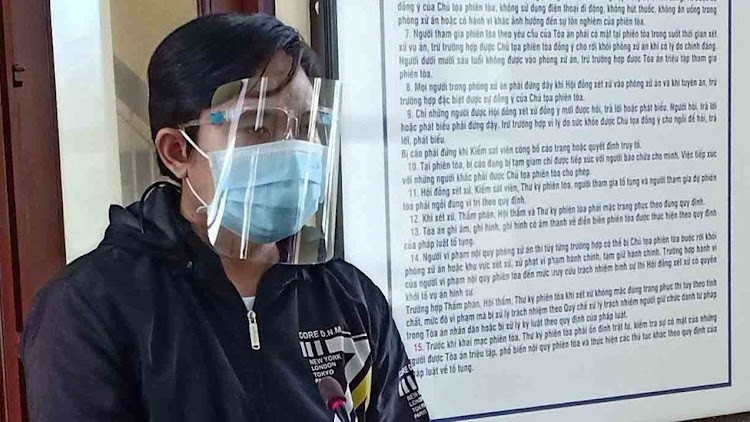 A 28-year old Vietnamese man has been sentenced to jail for five years after he was found guilty of spreading corona virus to others.

Le Van Tri guilty was found guilty of spreading the infectious virus to 8 people leading to the death of one of them after flouting covid-19 restrictions.

People’s Court of the southern province of Ca Mau was told that the accused travelled by motorcycle from Ho Chi Minh City to his home province Ca Mau in the south of the country early July.

At Ca Mau, it was discovered that he had lied on his health declaration form that asked about his recent travel history and also failed to comply with isolation rules.

Local authorities at the time had made it mandatory that anyone travelling from other provinces into Ca Mau had to immediately isolate themselves for 21 days.

Van Tri later tested positive for Covid and was found to have transmitted the virus to members of his family as well as staff at a welfare Centre that he visited.

Until recently Vietnam had been largely successful in keeping Covid out with tight restrictions.

But infections have risen since June, with an outbreak fuelled by the more contagious Delta variant.

The country has seen more than 530,000 cases with more than 13,300 deaths, many of which have occurred in the last few months.Many of those cases have been found in Ho Chi Minh City.

The country has sentenced two other people to 18-month and two-year suspended jail terms on the same charges.

In March this year, a flight attendant was sentenced to 2 years in jail after he was found guilty of breaking COVID-19 quarantine rules and spreading the virus to others.