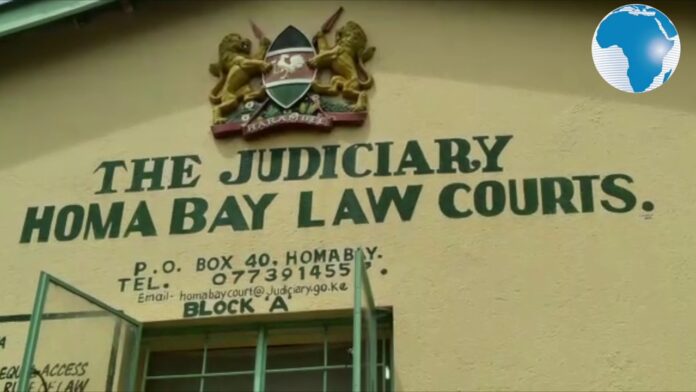 The government has snubbed the high court ruling and continued enforcing the directive to ban public gatherings especially on DP William Ruto supporters.

The 13 were arrested at a hotel in Homabay while convening a meeting against the protocols that forbid public meetings.

They were presented before Homa Bay Principal Magistrate Joy Wesonga and were charged with engaging in a prohibited meeting.

The accused persons pleaded guilty to the charges and were each fined Ksh 2,000 or a jail term of one month.

They pleaded for forgiveness saying they were sorry for what they had done. They have 14 days to file an appeal against the ruling.

A few days ago, Kisii Deputy Governor’s home was raided by police over claims that he was hosting a political meeting. Maangi is also affiliated to DP Ruto.

This comes weeks after the high court ruled that it was against the constitution for the government to ban public gatherings.

The court made the ruling following a case that had been filed by the Law society of Kenya last year to challenge the directive by the government.

“A declaration be and is hereby issued that all the directives made by the National Security Advisory Committee on 7th October 2020 and ratified by the Cabinet on 5th October 2020 for the use of section 5 of the Public Order Act Cap 56 of the Laws of Kenya to contain, restrict and prohibit public gatherings, meetings and processions in the name of combating Covid-19 and containing the weaponization of public gatherings are unlawful, unconstitutional and in violation of Articles 10(2)(a) and 245(2)(6) and (4) of the Constitution for directing the law enforcement officers on how to discharge their duties,” read the ruling by Judge Anthony Mrima.