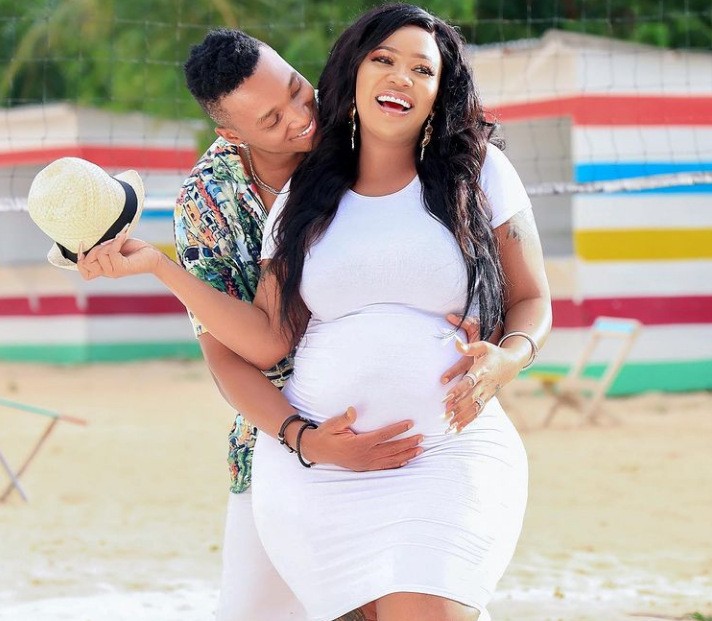 Socialite Vera Sidika has expressed her anger towards fans who want her to deliver her baby prematurely.

According to Vera some fans have been challenging her to have her baby early enough especially on her birthday.

“Because so many DMs saying I had my baby at 25 weeks at 33 weeks etc and they came out fine. Then I ask them and say it was not by choice,” she said.

The businesswoman lashed out at her fans asking them to pray for her instead of wishing that she has a premature baby.

She said that there was no need of rushing to have a baby yet she was not experiencing any complications.

“So why do you all want me to have mine early preterm by choice yet no complications? You all should be praying for healthy full-term delivery,” Vera posted on her Insta stories.

“We all wish to have a full-term baby. I still have six weeks to my due date. Stop having ideas,” she added.

In a separate post, the socialite however said that delivering a baby at 38 or 39 weeks is not bad.

“But below that I think it is such a stretch,” the mum-to-be noted. 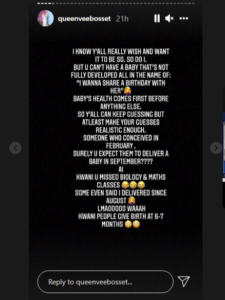 She also announced that she will be hosting a baby shower in October.

In July, Vera announced that she was expecting a baby girl with her husband Brown Mauzo. The two shared news that they were expecting in June after keeping it secret for quite some time.

Vera revealed that she conceived during Valentine’s day in early September.

“I conceived on February 14, Valentine’s Day. I know this because that’s the date I ovulated,” Sidika revealed.

RELATED STORY: Socialite Huddah Monroe Opens up As to Why She Is Not Yet A Mom

Risks for lockdown in Kibera as Covid-19 peak set to hit in August, September