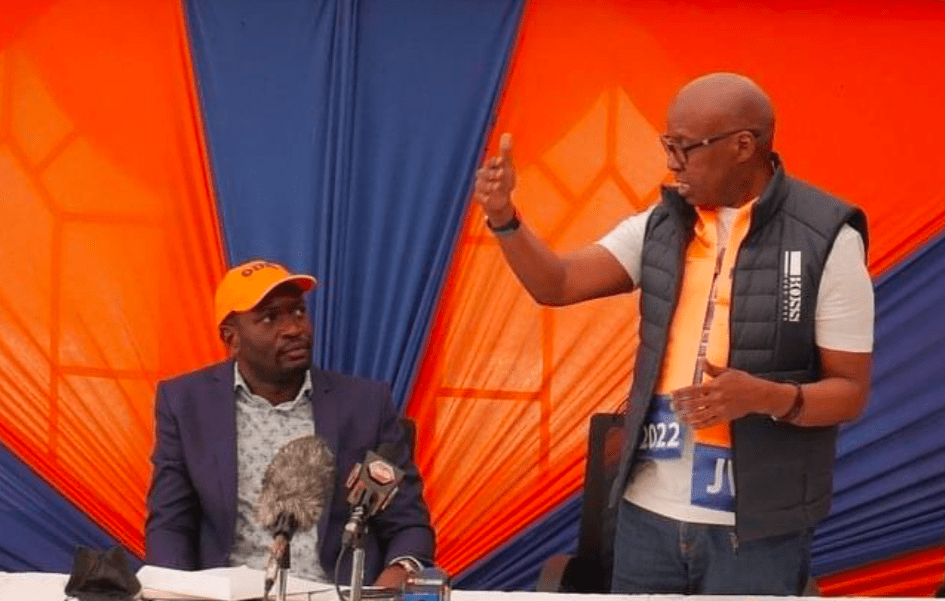 However, the billionaire businessman launched scathing attack on Raila during the interview on Citizen TV asking the party leader to retire and allow “fresh blood” to lead Kenya.

Wanjigi described Raila as one of the most formidable politicians he has known but whose glory days are over.

“I can tell you my true belief is that he had his time and his season,” Wanjigi said.

Raila’s allies are questioning Wanjigi’s intentions, wary of the fact that internal feuds in ODM could slow down the former prime minister.

Wanjigi has also clashed with Sifuna over how ODM flagbearer should be picked. The ODM Secretary General had suggested the issuance of a direct ticket to its presidential flagbearer.

Sifuna explained that ODM has four constitutional methods of choosing a flagbearer and the delegates route is just one of them.

The SG said ODM could adopt consensus, the delegates route, or a direct nomination informed by a scientific poll on aspirants’ popularity on the ground.

And the party can also have ODM cardholders vote directly and determine who among the spirants will fly the party’s flag.

“The party is like a club guided by laid-down rules. ODM nomination rules talk of four methods in choosing its candidate. He (Wanjigi) can’t come and dictate how the party operates. He is bound by the rules just like everyone else,” said Sifuna.

In a quick rejoinder, Wanjigi slammed Sifuna and insisted that he must conduct party elections as soon as possible.

“It is vague, improper, and clearly flies in the face of the mood of members who wish to participate in a transparent democratic process to reinvigorate the party for the 2022 elections. Do not become the author of ODM’s demise through this obvious violation of the intent of the founders and members of this party,” Wanjigi warned Sifuna.

ODM officials also clashed with Wanjigi for opening parallel party offices, terming the move a breach of the party’s constitution.

They said any office opened without the approval of Chungwa House is not recognized as the party’s office.