Tanasha Donna was exposed as a beneficiary of the infamous Kilimani fraudsters who are behind multi-million fake gold scams and fake money printing business – popularly known as wash wash.

The well-connected fraudsters mostly based in Kilimani live large and parade their lavish lifestyles on social media.

These con artists enjoy the company of beautiful women, party in high-end clubs, and change high-end vehicles like clothes.

Blogger Edgar Obare over the past weekend unmasked some of the men and woman who are involved in wash wash business.

A lady who dated late wash wash fraudster Kevin Omwenga revealed that he was the one who bought Tanasha her BMW.

“I hope you are well. Those wash wash guys are not people to mess around with even at least the government. I dated Kevin some time back and he shot someone in front of me its was crazy because honestly I was just there for my birthday he even bought me a brand new Range Rover Evoque but I had to decline the next day I left. He used women to do wash wash for he aired Tanasha business to me he is the one that bought her the car she is or was using the blue BMW and the logbook is in his name,” wrote the female informant.

Tanasha responded to the allegation of working in cahoots with wash wash fraudsters in a post on social media.

The mother of money denied it all, stressing that everything she owns today including her BMW was a result of her hard work.

“I’m not one to address things but YO! All these false rumors be getting out of control. How does someone wake up one day and decide to fabricate a fake story just for attention ??? I work hard and very hard for my shit! Everything I own today I bought with MY OWN hard earned money & sweat! Don’t involve my name in ya’l BS! Some of ya’l are sickening. SICKENING!!!!,” Tanasha wrote. 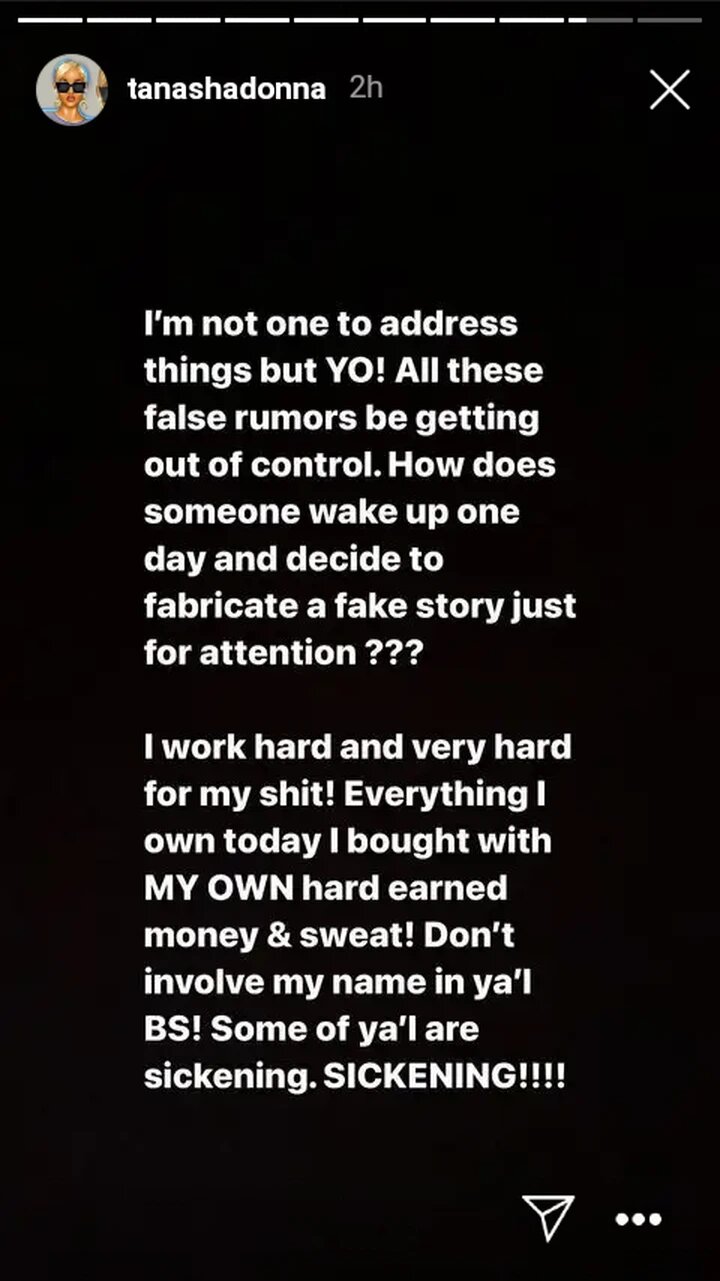 Related: Tanasha And 15 Other Celebs Exposed For Engaging In Illegal Money Printing Business

Ruto: I support President Kenyatta but I am NOT a fool