Tanasha Donna has been exposed as a beneficiary of the infamous Kilimani fraudsters who are behind multi-million fake gold scams and fake money printing business – popularly known as wash wash.

The well-connected fraudsters mostly based in Kilimani live large and parade their lavish lifestyles on social media.

These con artists enjoy the company of beautiful women, party in high-end clubs, and change high-end vehicles like clothes.

Blogger Edgar Obare over the past weekend unmasked some of the men and woman who are involved in wash wash business. 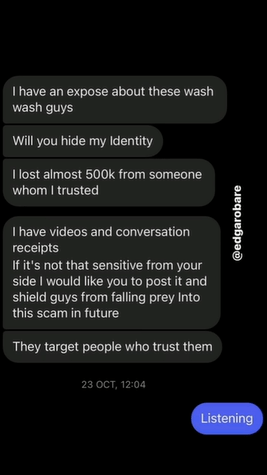 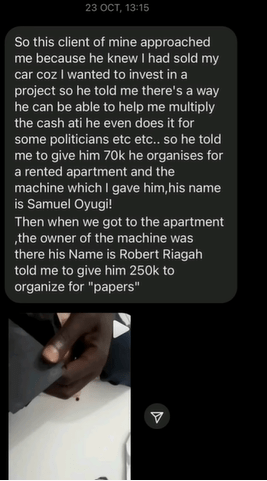 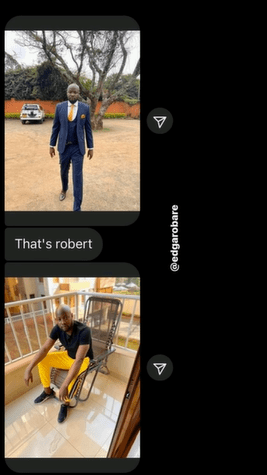 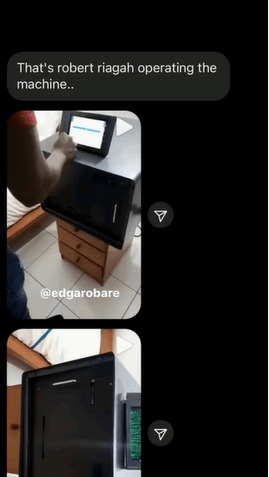 The wash wash business is an intricate web of cartels who are well connected in the government and as such they even kill with impunity when betrayed.

The late Kevin Omwenga is one such example who was killed for allegedly leaking information about a wash wash deal.

An informant told Obare that the late Omwenga was spending too much during his last days, something that attracted too much attention and exposed his colleagues.

“He crashed his Porsche and said he was tired of it because the spare parts cant be found in Kenya they had to be ordered and shipped (still ordered it). So that’s when he decided to get his Range Rover. The funniest thing was his brother had warned him on how he was spending his cash and attracting too much attention. He ended up dead weeks after. So many celebs are involved in this,” said the female informant.

The informant who dated Omwenga also revealed that she once witnessed him shoot somebody after a deal gone wrong.

The anonymous lady also disclosed that Omwenga bought Tanasha Donna her first car, a blue BMW whose logbook is in his name. 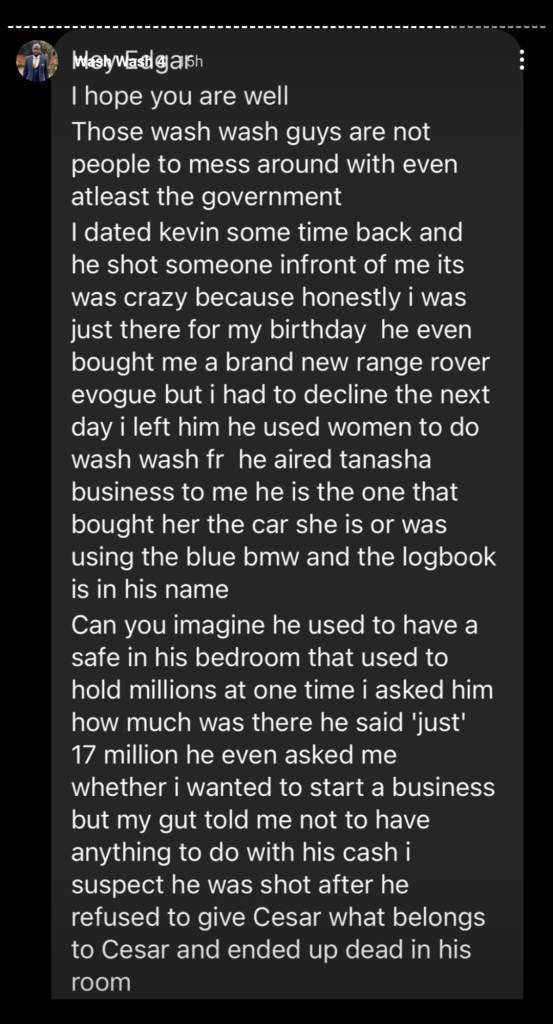 The informant explained that the wash wash guys would open high-end salons, petrol stations, nightclubs, liquor stores etc. for celebrities and then use those businesses to hide the origins of their money.

They would give those businesses millions of shillings which they would then deposit in banks as ‘profit’ and fool the government and the financial institutions on the true origin of those monies – money laundering 101.

Related: Tanasha speaks about men who have been salivating at her