An elderly woman from Nyamaroka village in Rongo, Migori County, is said to have committed suicide over a church debt amounting to Ksh.20,000.Area Assistant...
Read more
Home News Ruto Eats Humble Pie As He Swallows Bitter Pills From Uhuru On...
NewsPolitics
October 21, 2020

Deputy President William Ruto has been forced to eat a humble pie as bitter pills are forced down his throat by President Uhuru Kenyatta on the issue of BBI.

In his most passionate pitch yet for the constitutional changes opposed by Deputy President William Ruto, the President gave a long treatise justifying the changes before reiterating that the country was staring at a constitutional moment.

At the 11th Mashujaa Day celebrations held at Gusii Stadium, Uhuru paid glowing tribute to Kenya’s youth and urged them to step up their heroic acts.

In the recent past, but also over the years, the youth have become fodder for scramble by politicians and their ambitions.

The President also unveiled Huduma Namba cards, further puncturing a recent narrative of Ruto’s allies that it was all a waste, and calculated at corrupting the 2022 General Election.

“We should not give my suggestion the parochial interpretation of creating positions for individuals. I am only urging for a constitutional consensus that accommodates all communities in an election. A consensus that makes it possible for any Kenyan to lead this country, working hand in hand with his or her brothers and sisters from across the nation,” he said.

Ruto’s rallying call against the BBI has been the creation of additional political posts at the top. He claims the order of priority for BBI proponents is misplaced, as first consideration ought to be on creation of economic opportunities for the ordinary Kenyans hence the “hustler nation.” 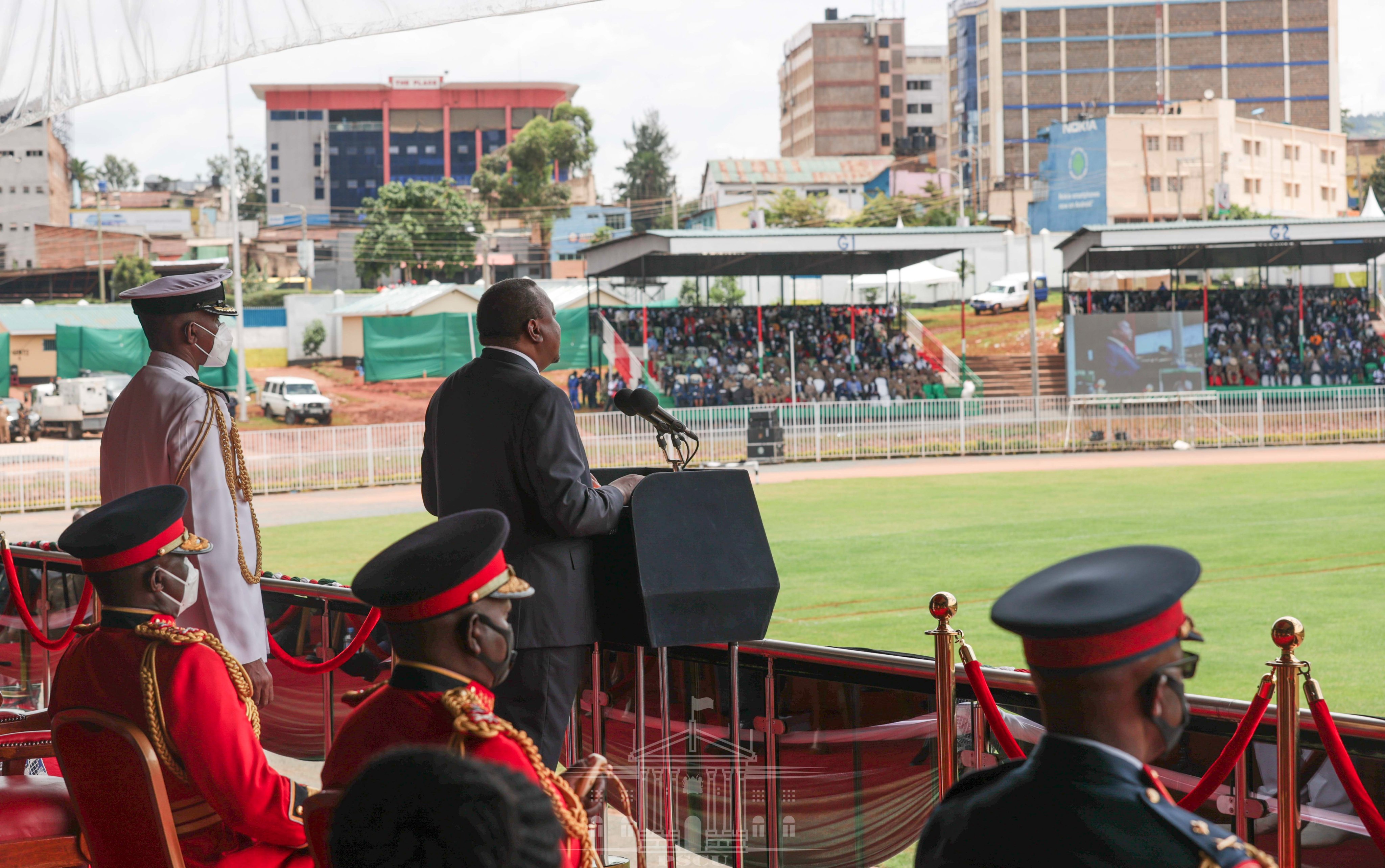 But in his take-down of this narrative yesterday, the President said the questions at hand were slightly more complex than what critics imagined. It was his resolve, through a series of rhetorical questions, that the 2010 Constitution reinforced the country’s zero-sum game.

In this game, a Kenyan political winner takes it all while the loser goes home with nothing, until the next poll. More often than not, the grumpy loser and the proud winner slug it out for the better part of the period between elections, to the loss of the Kenyan.

“How do we expect to resolve this problem using elections instead of constitutional change? It would, indeed, be a tragedy if, come subsequent elections, we will not have resolved this dilemma,” he said.

He proposed a three-pronged solution covering political inclusion, equity in distribution of opportunities and resources, and cessation of “do or die” contest that translate to violence and economic losses every cycle.

The three relate to each other, where the awareness that access to power means access to opportunities for the winners alone leads to a do or die contest and the crafting of winning formulas or alliances that exclude the many for the few who can win.

Before the President addressed the matter, DP Ruto and Opposition leader Raila Odinga had glossed over the matter. When he spoke, Raila said the ball on constitutional changes was now on Uhuru’s court.

“You (Uhuru) are the one who will say where we go from here, because ‘nobody can stop reggae,” said Raila. 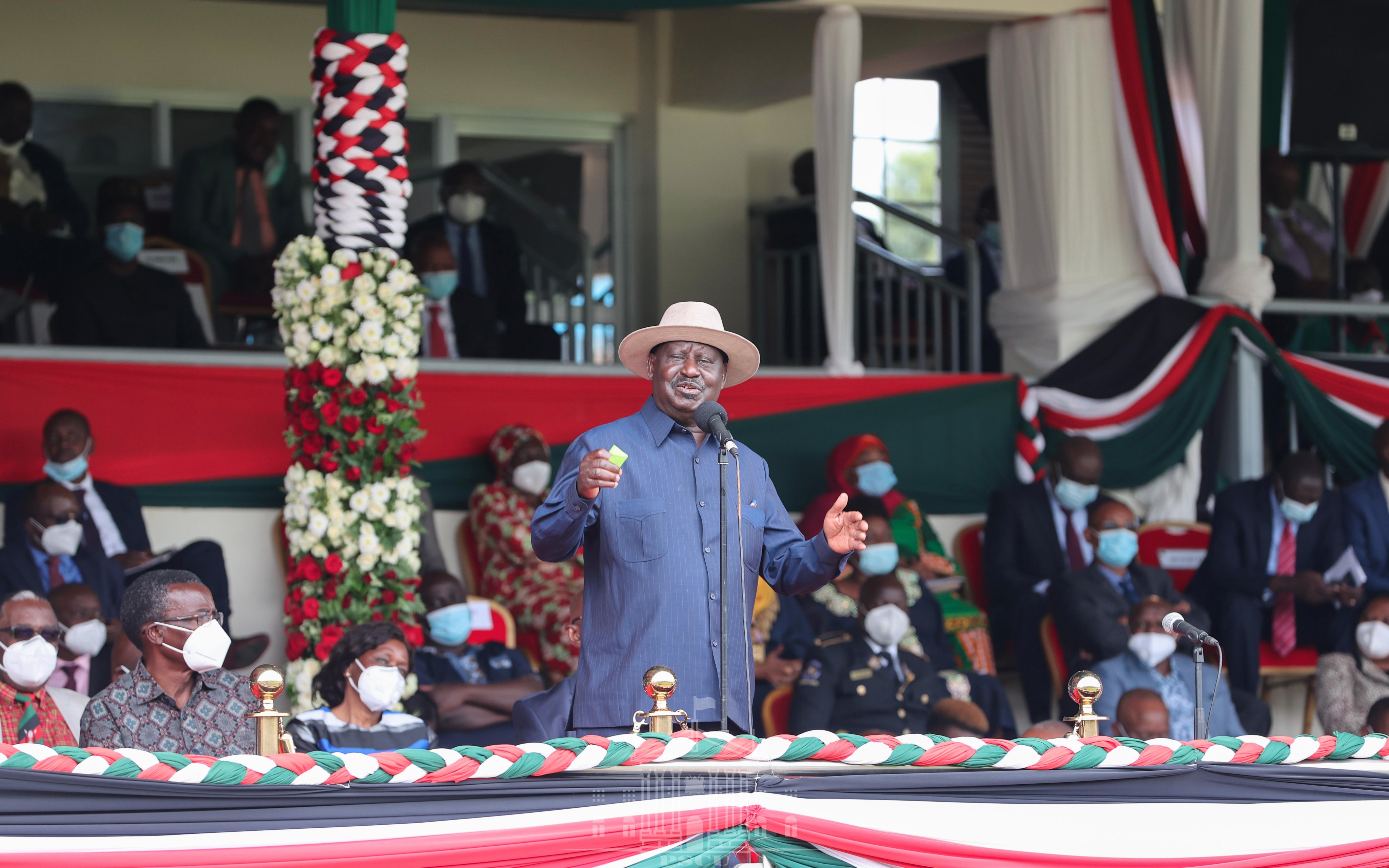 Using a football analogy, the ODM chief said the BBI team had only taken a break, but was now ready to hit the field and finalise what it had started.

When the DP took to the stage, he took up the BBI challenge: “My friend the former Prime Minister has told us about reggae, which is fine. I hope it will be a robust national conversation that will bring everyone on board.” 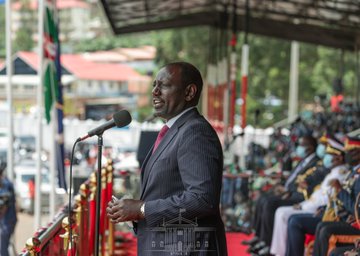 In his justification, picking from where he left on Madaraka Day, Uhuru said constitutions were made for Kenyans, and not the other way round. If they are not serving the needs of the times, they should be remodeled accordingly.

He drew examples from the founders of the country, who, he said, modified the constitution more than four times to answer the questions that the country had failed to answer at the time of independence.

“Our founding fathers and constitutional heroes did not intend to enslave us with our constitution. We are required to rethink it, more so if the national question of the day requires us to do so,” said Uhuru.

The President has been hoping to leave a lasting legacy in his tenure and change the scope of his term in office by overseeing an amendment to the current constitution, which he claims has not solved some of the problems Kenyans are facing.

He likened creation of nationhood to a journey that is yet to be completed, and which needs to be rejigged every now and then to address emerging needs. He also pitched for a consensus based approach through constant negotiations.

Amid applause from the hundreds of residents, who had turned up for the event, Uhuru urged Kenyans to embrace a formula that can accommodate all communities in the country and enhance national unity.

The new push by the president for constitutional reforms is set to be an icing on the cake to the BBI brigade, who have already started working on plans to begin fresh campaigns to convince Kenyans on the need to change the Constitution.

It comes at a time the leaders are competing against time to ensure the BBI initiative and a referendum sail through before the next elections.

Already, intense lobbying for the implementation of the BBI report, which is expected to be released this week, has started at the Senate and National Assembly, where the President and Raila’s troops are hoping to set a stage for a seamless process.

It is, however, unclear how soon the leaders will begin public rallies to drum up support for the BBI, which seeks to fill the holes that have been poked in the 2010 Constitution.

An elderly woman from Nyamaroka village in Rongo, Migori County, is said to have committed suicide over a church debt amounting to Ksh.20,000.Area Assistant...
Read more

An elderly woman from Nyamaroka village in Rongo, Migori County, is said to have committed suicide over a church debt amounting to Ksh.20,000.Area Assistant...
Read more
News