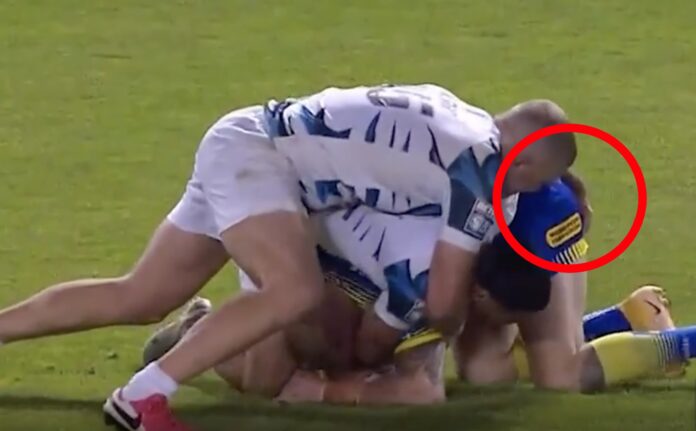 An Australian Rugby player Corey Norman has been banned from eight matches after behaving badly towards his opponent during a match.

A video that was shared online shows the 31-year old intentionally sticking his fingers in Oliver Holmes’ buttocks during a match that was played last Thursday.

Holmes complained about the incident immediately. Defending himself, Norman denied the claims.

The Rugby Football League tribunal was however convinced that Norman’s actions were intentional.

“The footage of the incident shows a deliberate movement of Corey Norman’s left arm and hand over the top of Oliver Holmes and on to his buttocks.

“At no point does the footage show a grabbing of the shorts to push Oliver Holmes down as described by Corey Norman.

“The footage shows a deliberate placing of Corey Norman’s hands and fingers on the buttocks and coupled with the immediate complaint from Holmes, the reaction of his team-mate Danny Walker and the statement of Holmes to which we have measured regard we are entirely satisfied that this was an intentional placing of a hand between the buttocks of the opposing player and we find the charge proved,” RFL tribunal concluded.

Norman plays for Toulouse while Holmes plays for Warrington.

Aside from the 8-match ban, the rugby player was also fined 500 Euros.

Here is a video of Norman disrespecting his fellow player.

RELATED STORY:Promising Athlete Loses Race After his Manhood Popped Out Of His Pair Of Shorts(Video)