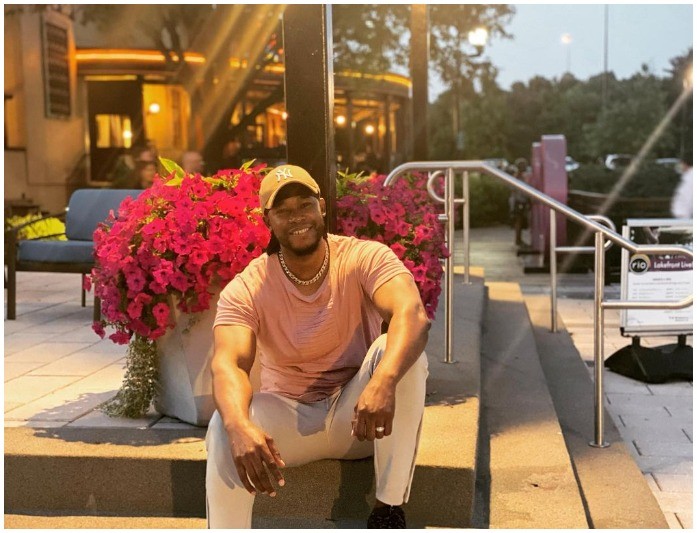 Kenyan musicians like Redsan are now looking for greener pastures in US, many have traveled to America as travel restrictions occasioned with Covid-19 pandemic began to ease.

The local entertainment scene was thrown into shambles at the dawn of Covid-19 global pandemic in early 2020.

Club performances in Kenya are few due to restrictions on the number of people who should occupy such spaces, and also the 10pm curfew.

Further, the earnings that artistes used to make through royalties collection which is done on their behalf by Collective Management Organizations (CMOs) has also dwindled.

Due to this, Kenyan artistes are looking for opportunities in the US and other countries where Covid-19 restrictions are easing up.

In US, Kenyan artistes are performing at well-organized events like Afrobeats festival where one can easily earn Ksh1 million, while ordinary club shows can fetch Ksh200,000.

A handful of Kenyan artistes have been staying in US for months. For four months, Hubert Nakitare alias Nonini has been in the US exploring opportunities in both music and luxury wear brand – the Mgenge2Ru merchandise.

The Kenyan rapper has been gaining ground in America, buoyed by concerts he is holding there. A pair of his limited edition leather shoes have been going for about Ksh24,000.

Nonini’s latest design is a unique and limited edition shoe wear, which he has collaborated with Italian master-crafts AliveShoes. Through its founder and CEO, Luca Botticelli, AliveShoes certified Nonini’s designer shoes for distribution and sale on the public in the US.

Several comedians like Vincent Mwasya alias Chipukeezy and David Kagongo alias David the Student have also pitched camp in US, the latter relocated there permanently and he is now a taxi driver in Washington state.

Eric Omondi and another team of comedians are leaving Kenya in November for yet another US tour that will see them visit a number of states.

Another Kenyan musician who has been in the US for long is dancehall superstar Swabri Mohammed popularly known as Redsan.

Redsan is living off club performances and occasional big events like the annual Afrobeat festival in Houston, Texas.

The festival, organized by Frankaz Entertainment, usually features Kenyan US-based stars and a handful of other leading African artistes.

Redsan was leading other African artistes during this year’s five-day Afrobeats festival in Houston, Texas.

Redsan is however wasting his career in US, a musician of his caliber shouldn’t be suffering due to lack of exposure at this stage of his music career.

What I mean is that Redsan is A-list musician in Kenya, but in US he is a Z-list struggling for space with little known artistes to perform in clubs which are often filled by Kenyans residing in US.

Redsan aka the Kenyan king of dancehall is suffering due to minimal exposure he and other Kenyan artistes have been getting in US, compared to their Nigerian, South African and even Tanzanian counterparts who enjoy media attention even when they are in America.

When Diamond Platnumz is in America you will see him posing with Rick Ross, Busta Rhymes, Ne-Yo… you name them, but Redsan is only seen with unheard-of US promoters who no one even knows – promoters who can only hook him up with a local club gig.

Diamond, Davido, Wizkid, Burna Boy have connections with big names in US showbiz who link them with the likes of Jay Z, Diddy etc.

It’s not as if Redsan can’t hook up with Lupita Nyong’o and get introduced to the big names in US showbiz, more often the problem with most Kenyan musicians is that they don’t have a good management team to link them.

A Kenyan musician will be their own manager, promoter and even own bouncer – or hire their cronies to these positions. Managers who can’t even link them with anyone outside Nairobi.

Redsan is in US now but bet his manager is in Nairobi, if he has any. How does he navigate the US market with just local American promoters who have other engagements?

Nigerian musicians are also successful in US and Europe because of the large Nigerian diaspora community who are very supportive.

In a September 2021 interview with The Daily Show host Trevor Noah, Davido said Nigerian music got accepted in US because Nigerian diaspora community would go to clubs and pay DJs to play Naija songs the whole night.

“Why do you think made it possible for Nigerian music to take over the world?” Trevor Noah asked Davido.

“I want to first of all give a shout-out to all the Nigerian in the diaspora. When I say that I mean the ones that are in America, the ones in Europe. My music personally it kind of started from Atlanta and New York. It started from Nigerians even being in the club and telling the DJs like ‘yo, I want to spend $50,000 today. But play Davido’s music when my bottles are coming out’. From people in the diaspora doing that for us, we sold out every venue in our US tour,” said Davido.

Several Nigerian Americans who are in the limelight have also helped Nigerian artistes scale US entertainment industry.

It’s not as if there are no Kenyans rubbing shoulders with A-list American celebs – the likes of Lupita Nyong’o, Edi Gathegi and even Elsa Majimbo.

Elsa Majimbo stays in Kenya but she has connections with Beyoncé, Rihanna, Naomi Campbell just to mention a few.

It’s a pity for Kenyan music heavyweight like Redsan to be hawking from one local clubs to the other in US looking for gigs when he could be competing with Diamond or Davido to perform in sold-out events.

Davido, Diamond, Wizkid, Burna Boy have collaborated with all the big names in US showbiz, Redsan has been in the US for months and he can’t even convince D-list American rapper to record a collabo with him.

How come Diamond can go to US and get in studio with Busta Rhymes, Swizz Beats, Alicia Keys etc. or Hamisa Mobetto flirting with Rick Ross yet it’s so hard for Redsan to link up with these US celebs?

As of now Redsan is literally a hawker, hoping from one pint-sized club to the other to perform instead of going big like his peer Diamond and Davido who came to the industry late when he was already a superstar.

American market is now open to Afrobeat, this is the time for Kenyan musicians to be sharks and go for the big bite, share the spoils with their Nigerian and Tanzanian counterparts.

In September 2018 when he released a new album ‘The Baddest’, Redsan said he intended to take Kenyan music to the world, but he is yet to succeed three years later.

“I am bringing my long term friend Demarco who I have also collaborated with in the album as the event’s main feature. I have also worked with Khaligraph before and we happen to share a similar vision. His dream to take Kenyan music to the world is the same as mine from 24 years ago when I started my career,” said Redsan in 2018.