Did You Know JKIA Has A Brothel? Obare Exposes Singer Marya, Amber Ray And Others Who Work In High-End Brothels As Prostitutes 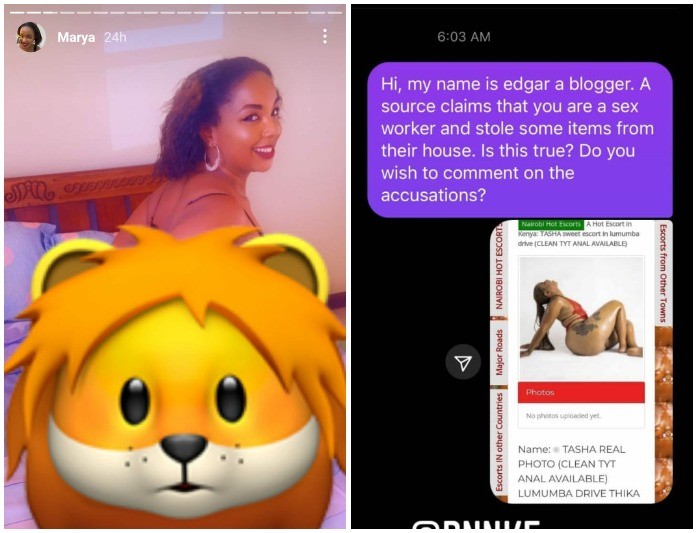 Obare’s exposed different massage spas aka brothels some of which even operate at Jomo Kenyatta International Airport (JKIA).

Informants revealed that Sheri Palm massage spa located at Terminal 1A in JKIA is a brothel which offers travelers sex services before they fly off or when they touch down. 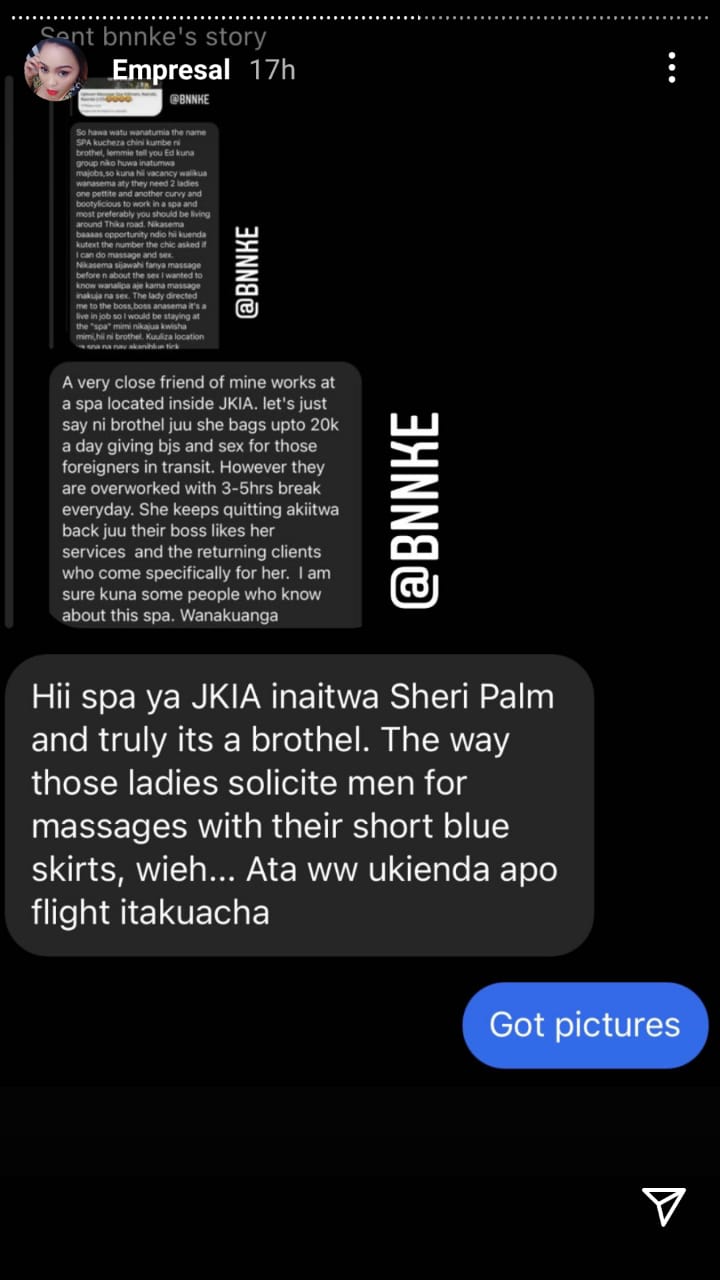 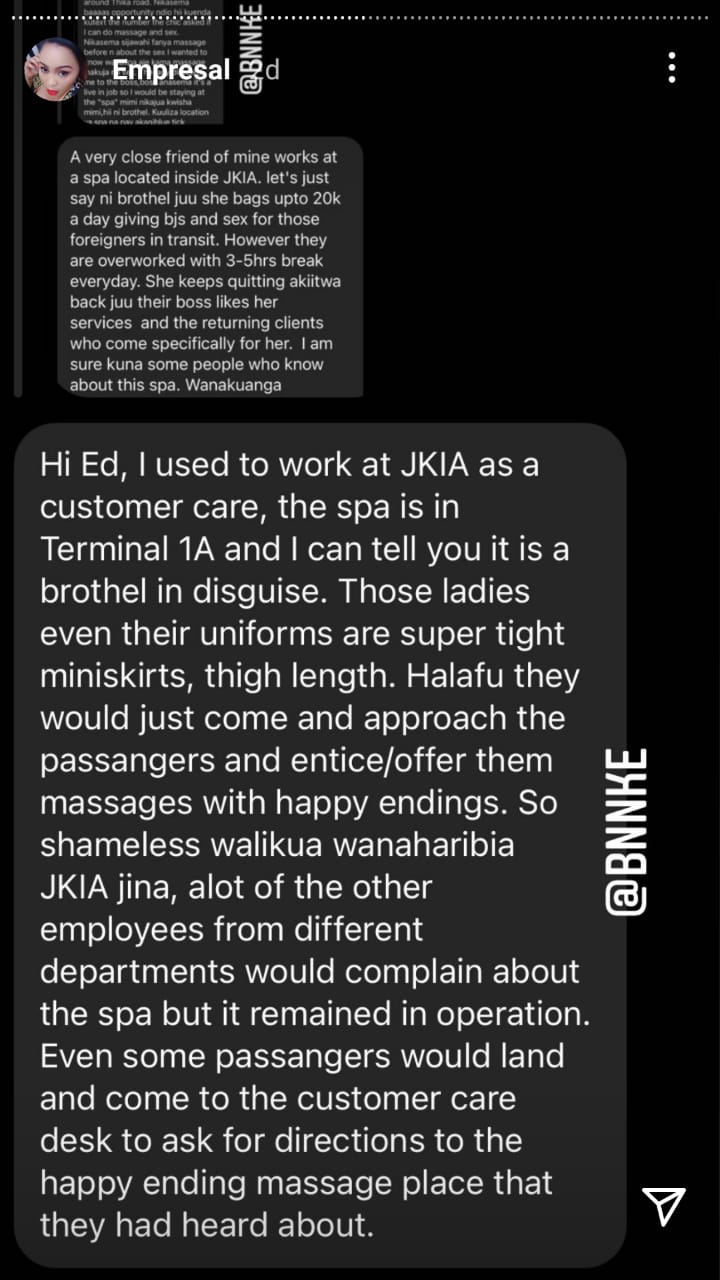 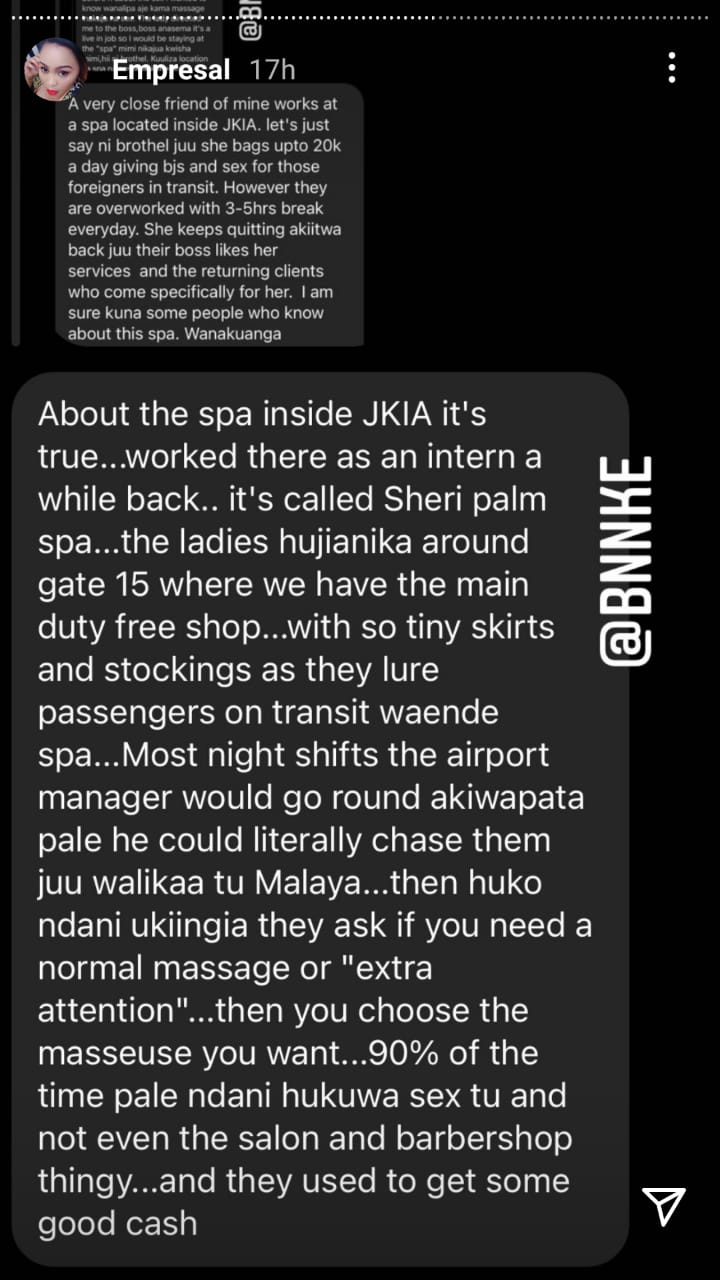 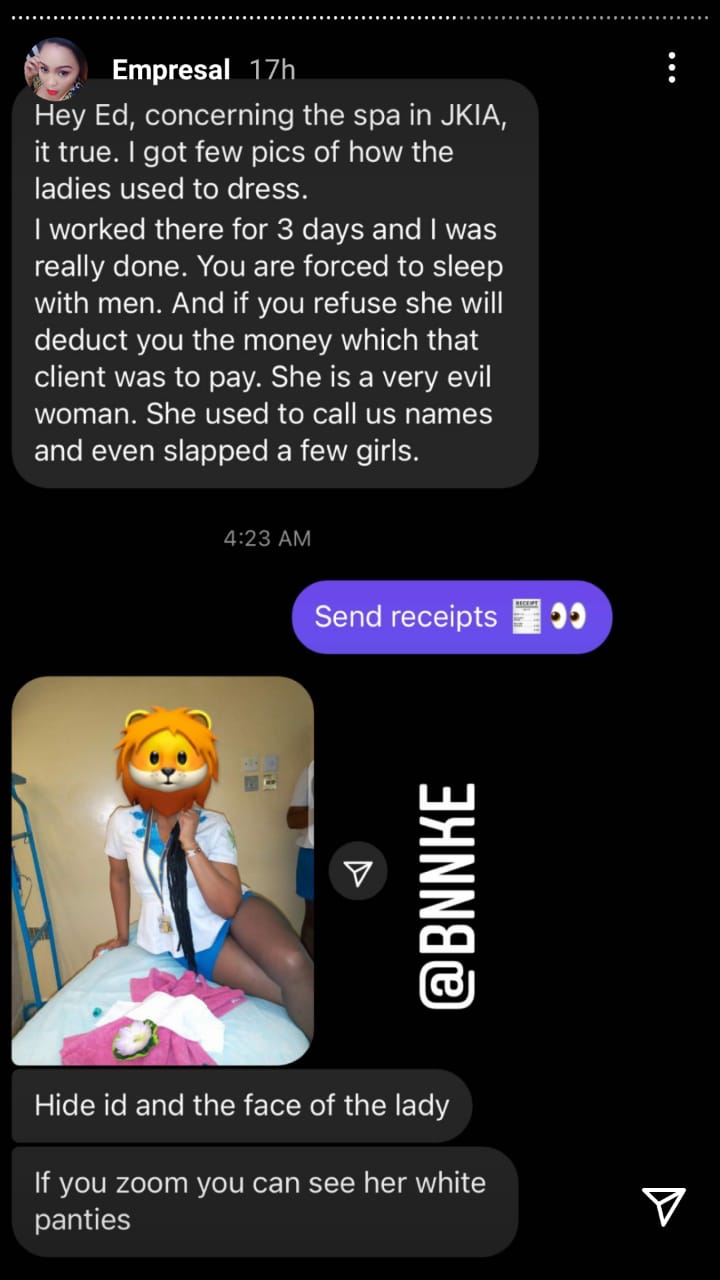 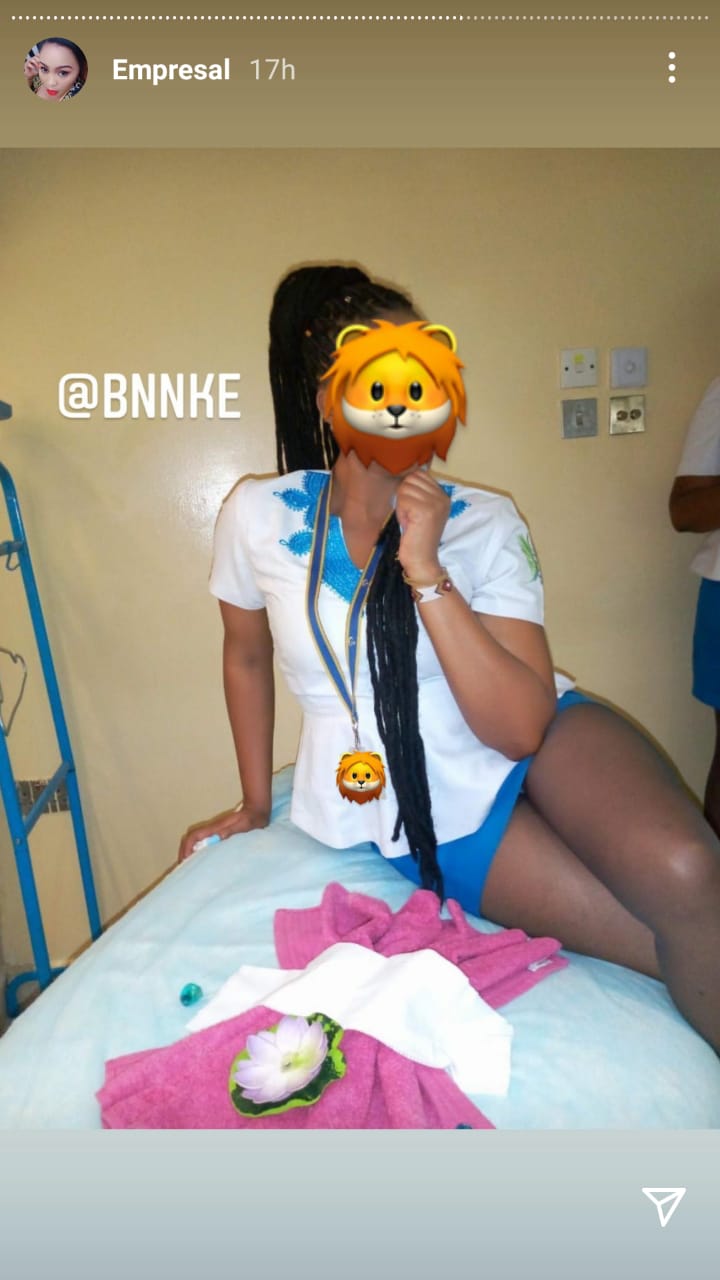 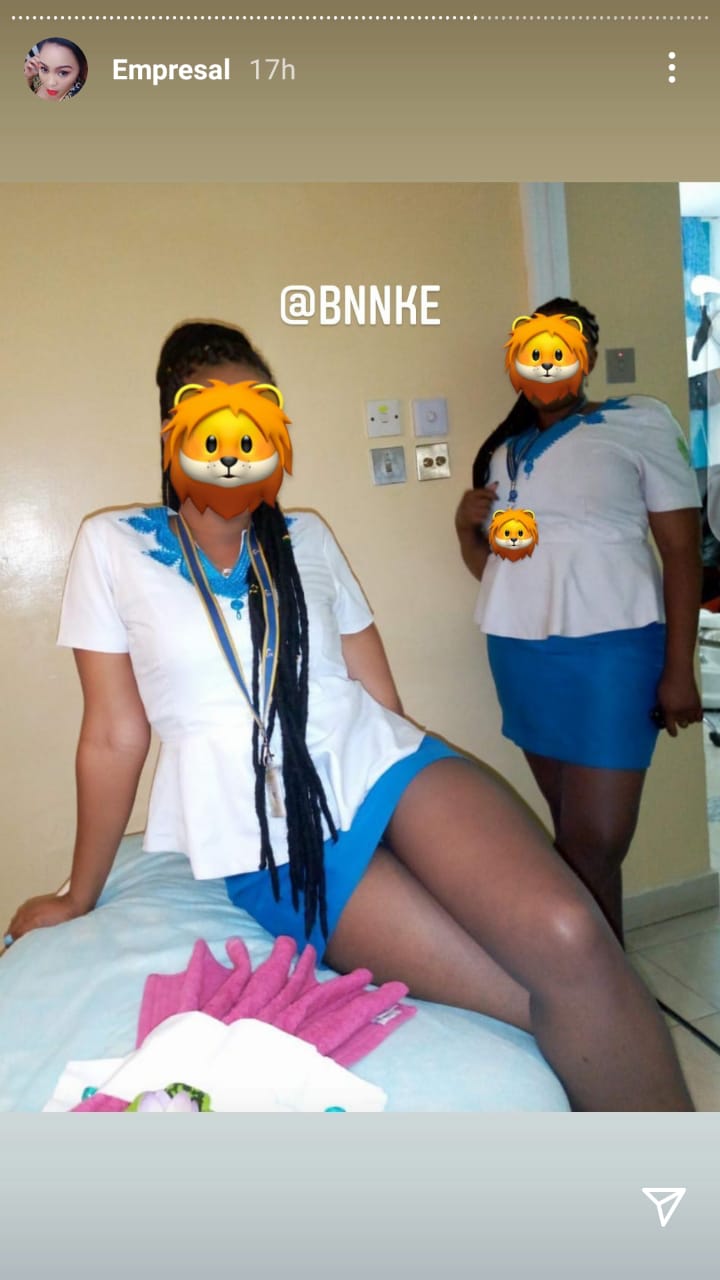 Obare also exposed male celebrities who are frequent visitors to high-end brothers located in leafy suburbs like Kileleshwa, Lavington and others.

Jalang’o and Prezzo were among male celebs who were adversely mentioned as frequent visitors to the secret high-end brothels.

Informants also mentioned that Marya and Amber Ray sleep with men for sex, and that the former offers door-to-door sex services.

Marya was exposed as a notorious prostitute who even sleeps with her own friend’s boyfriends at their backs.

The informant said that Marya has kleptomaniac tendencies, that she would steal from clients who invited her over to their houses.

To prove that Marya is a prostitute, the whistle blower shared videos of Marya in her birthday suit which she sends her clients to ‘advertise’ herself.

The informant further revealed that Marya works as a prostitute at a brothel in TRM along Thika road. 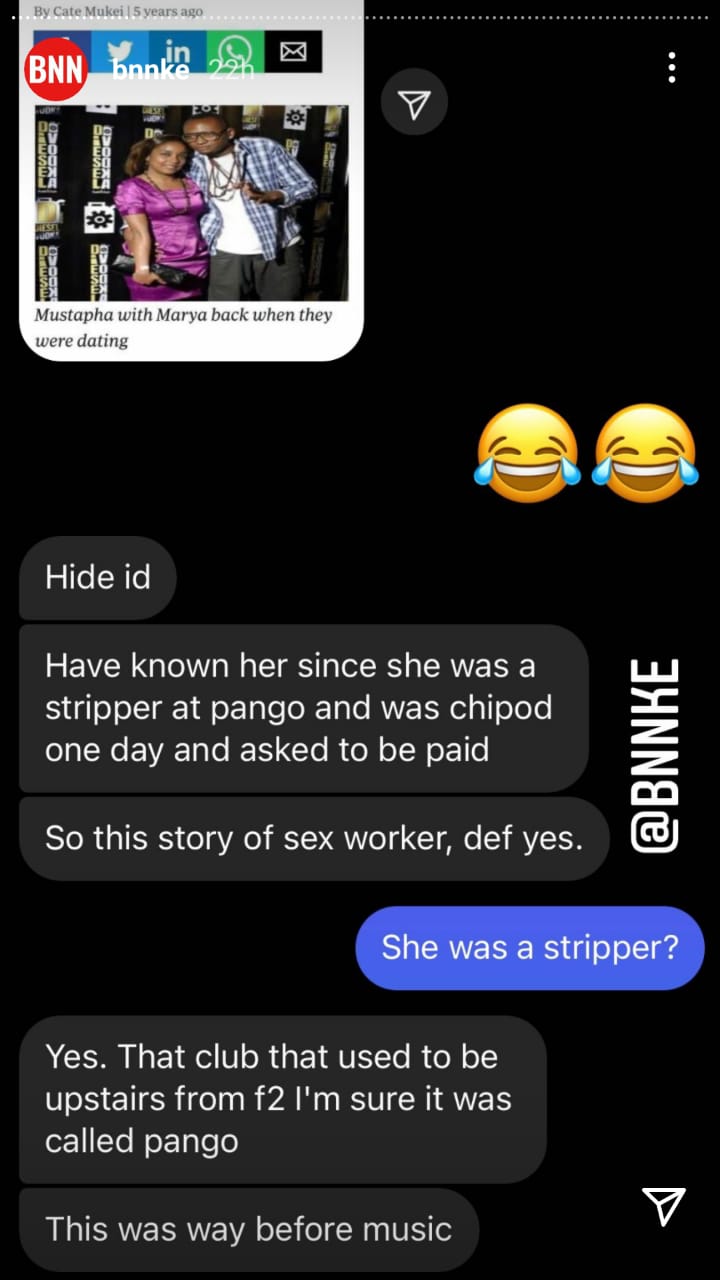 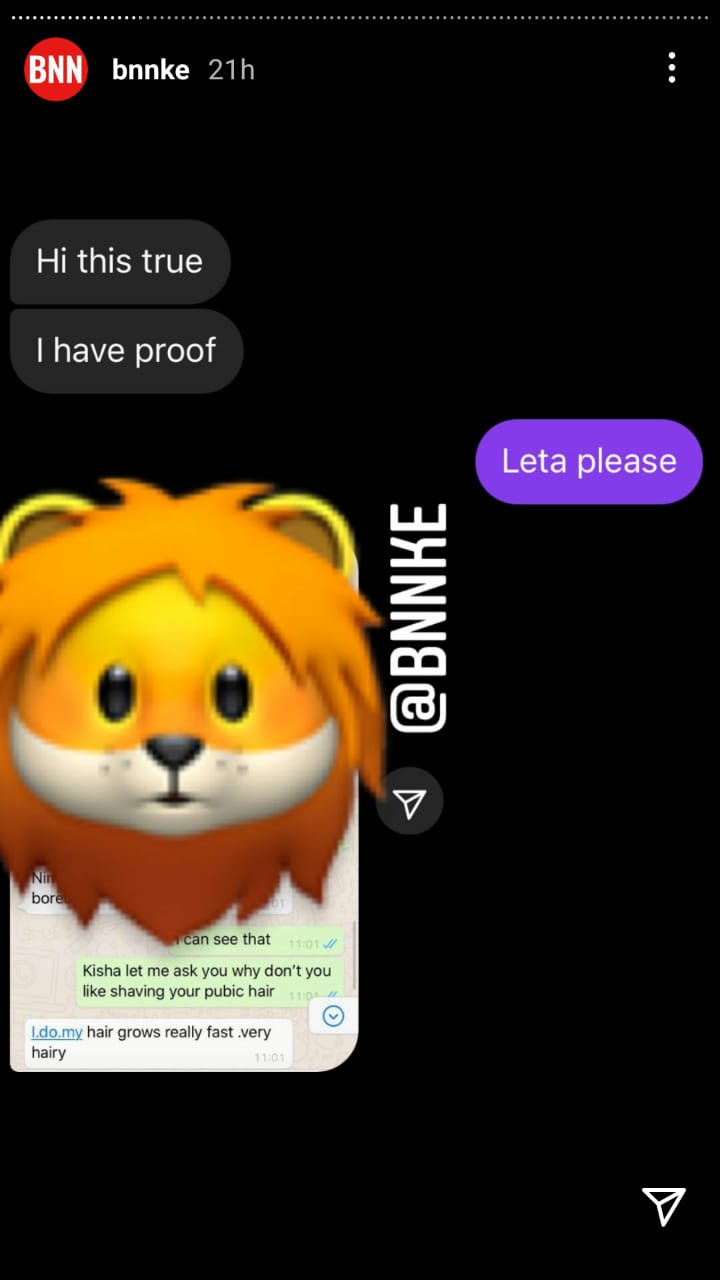 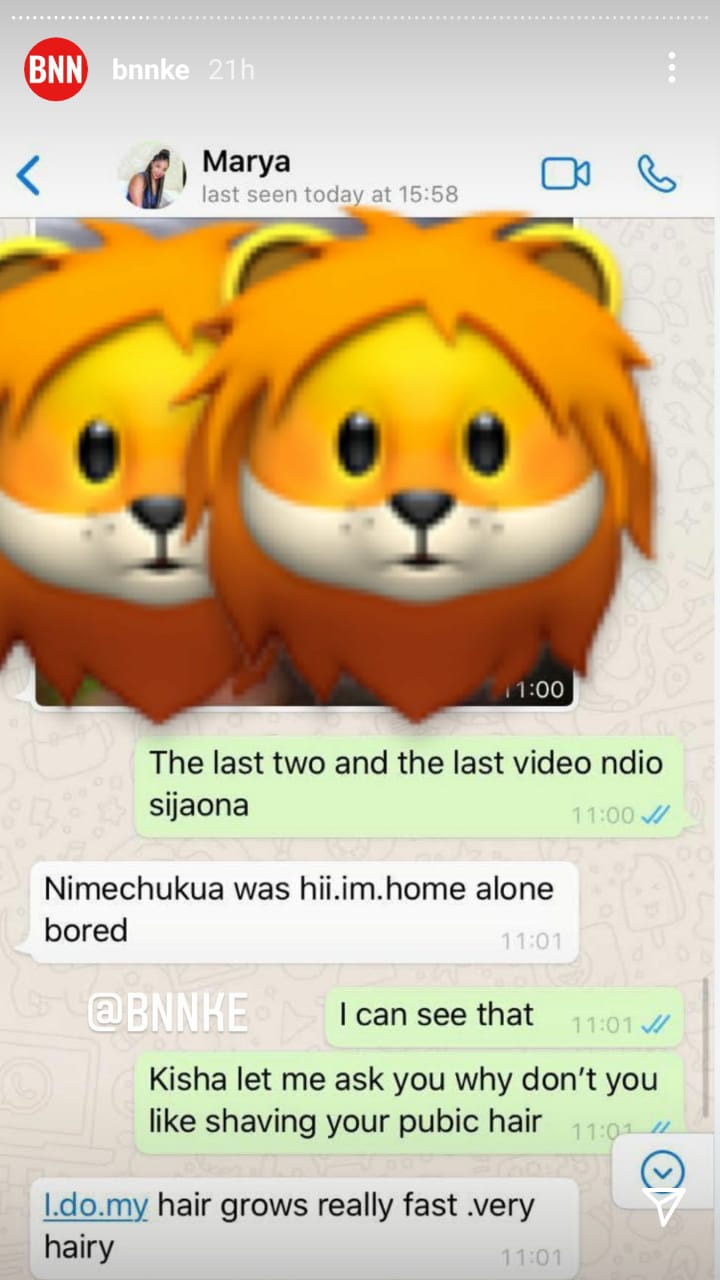 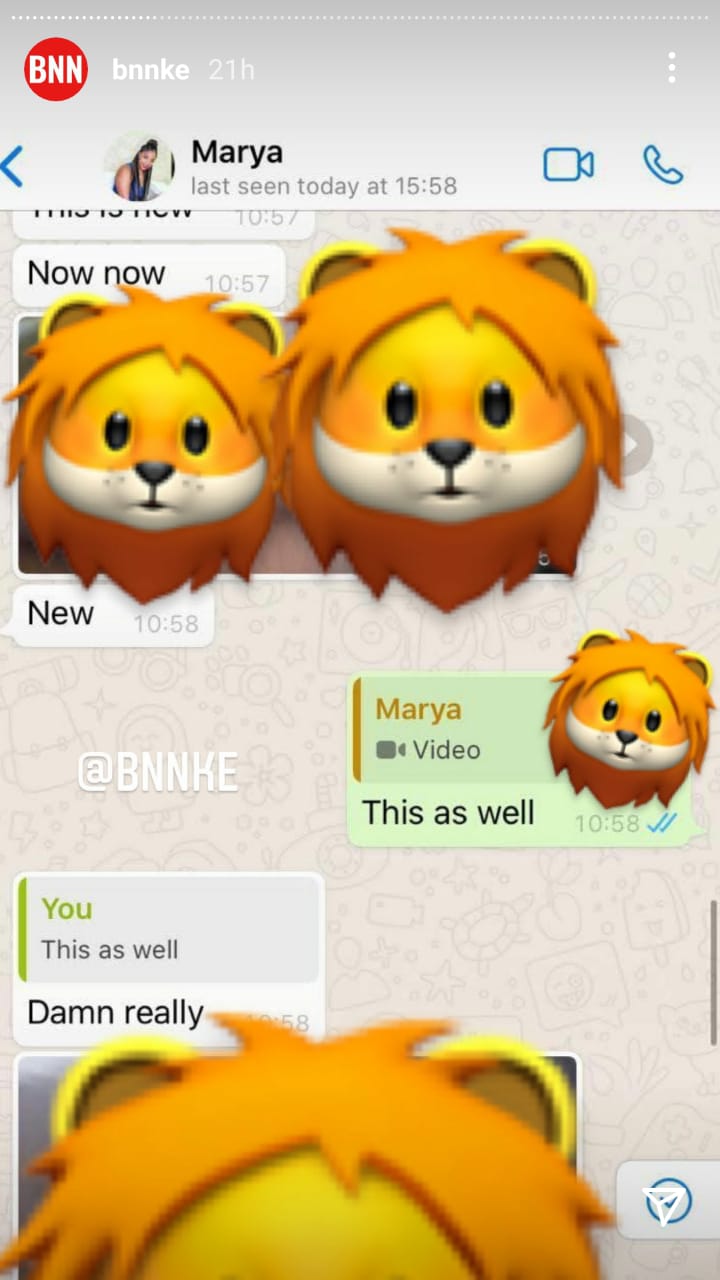 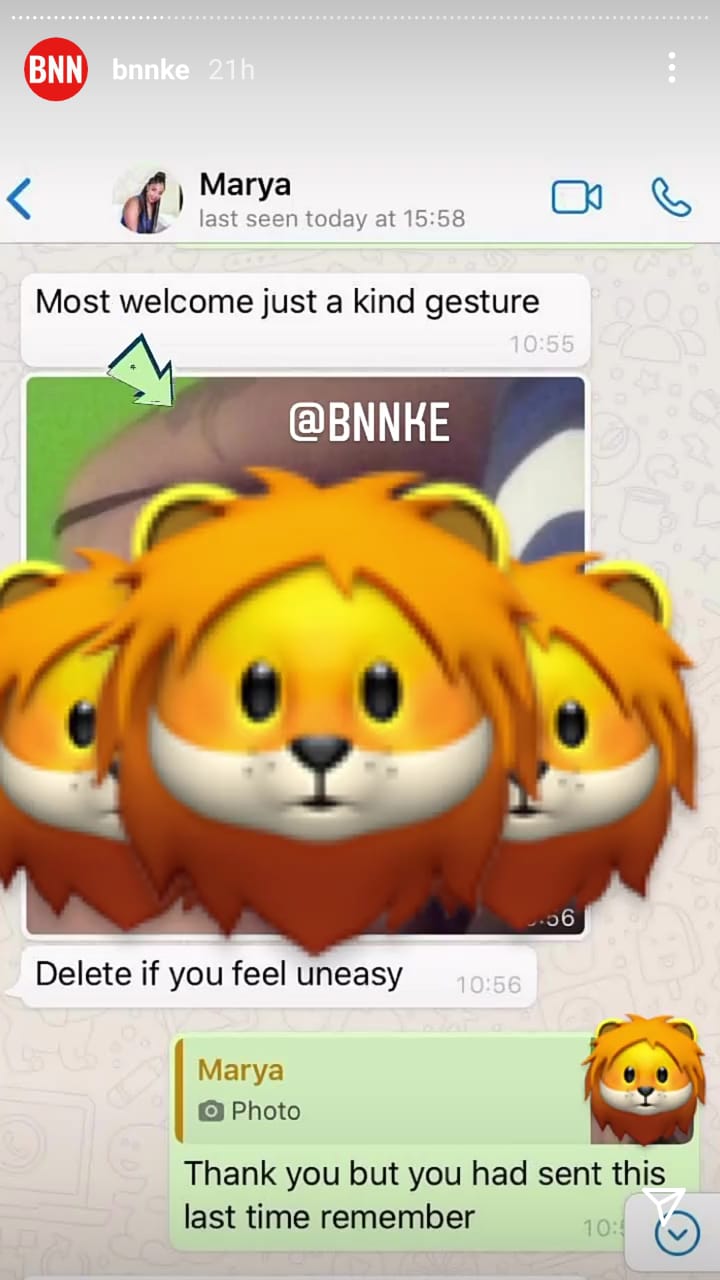 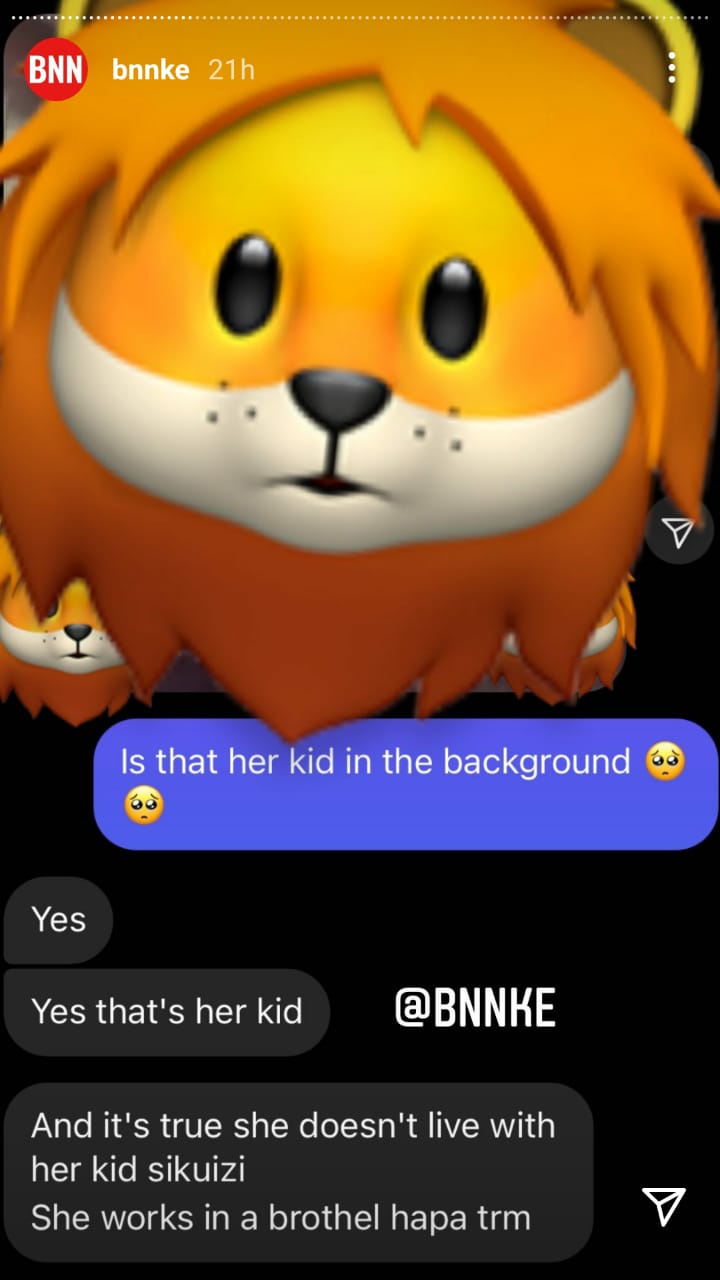 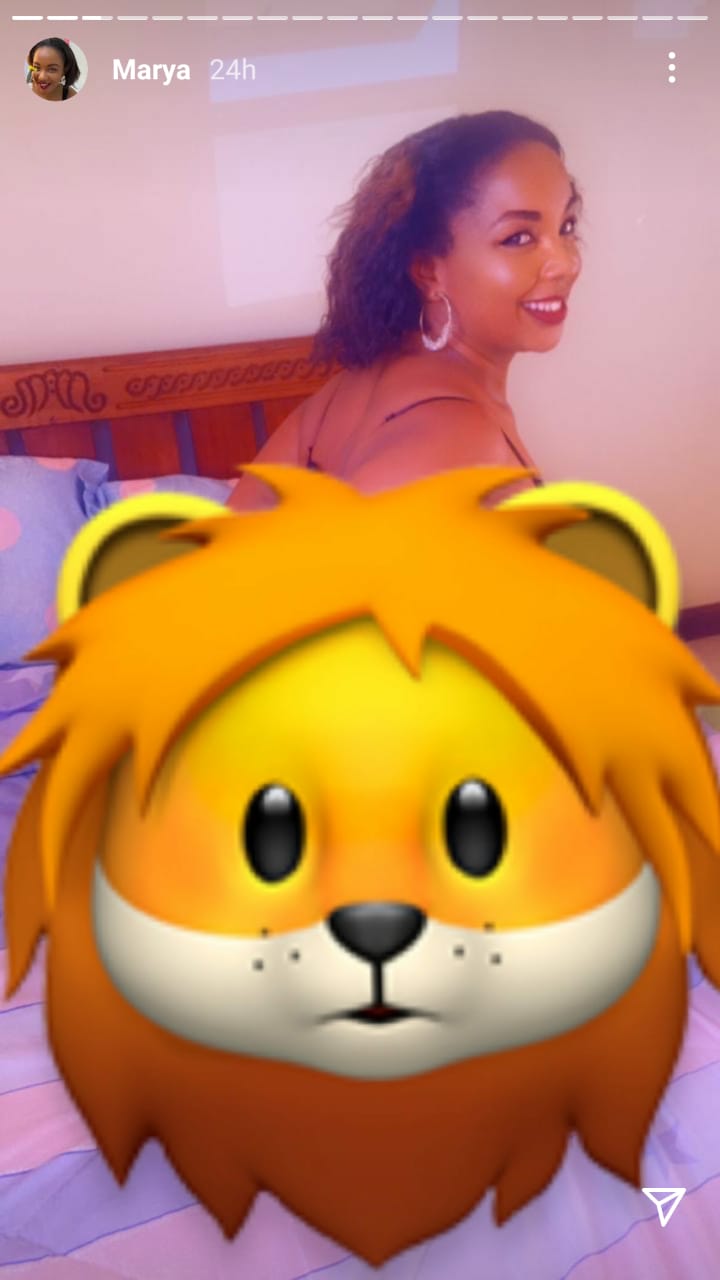 Marya strongly denied that she is a prostitute when Obara reached out to her with the damning evidence. 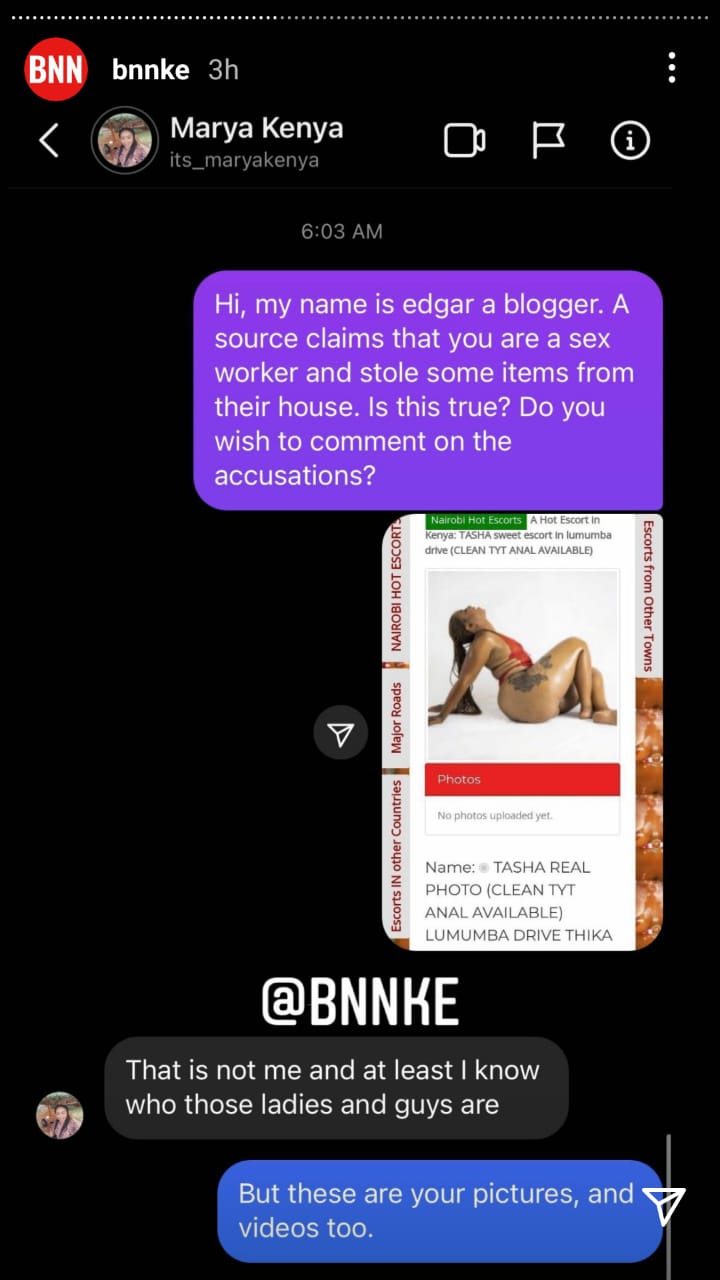 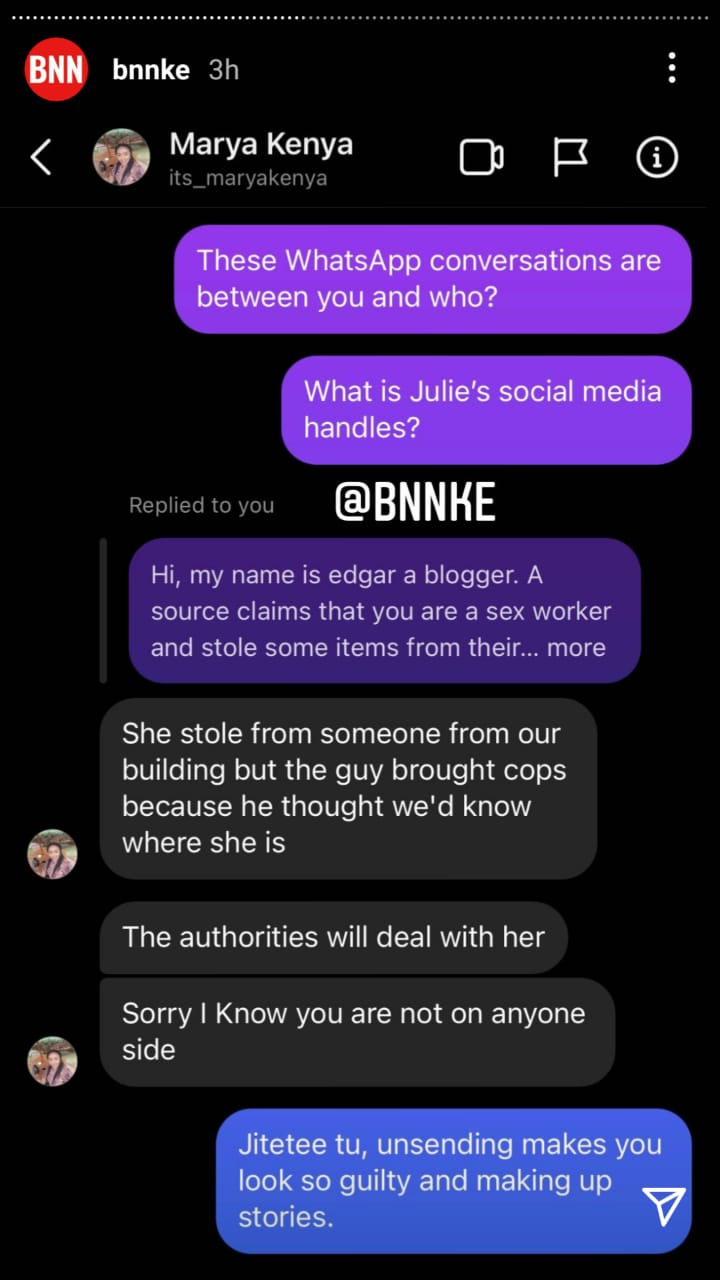 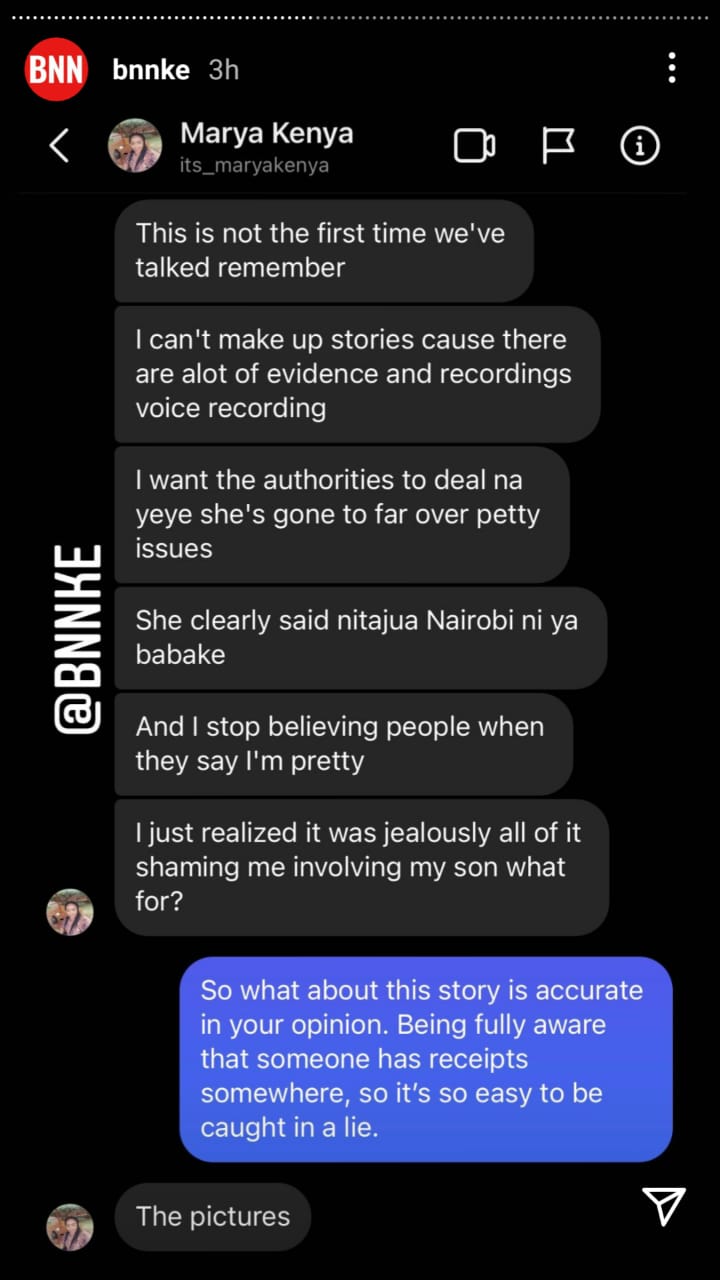 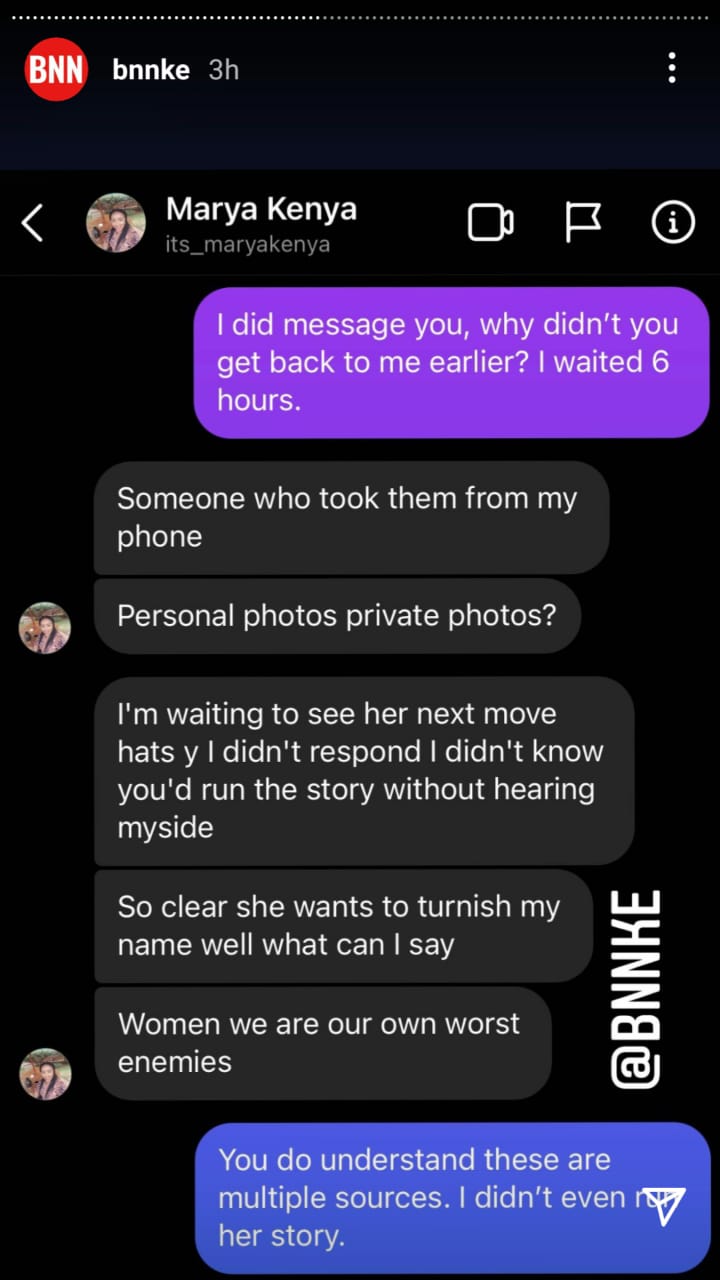 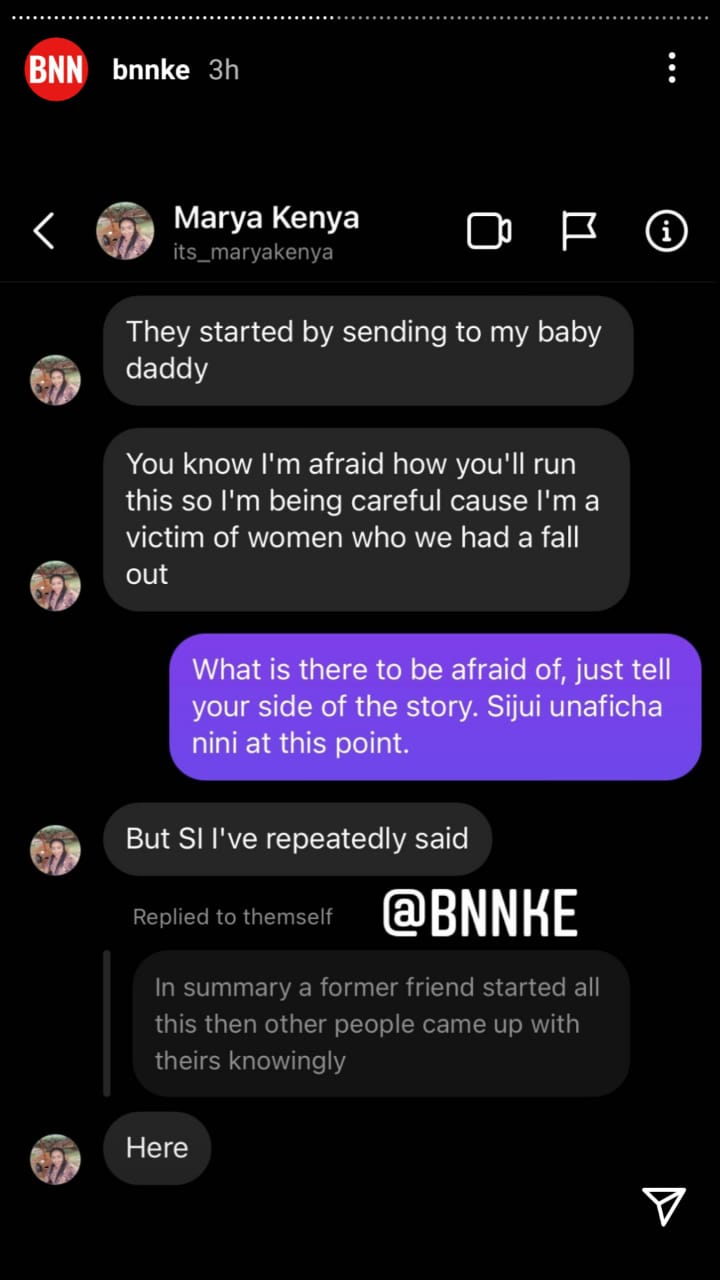 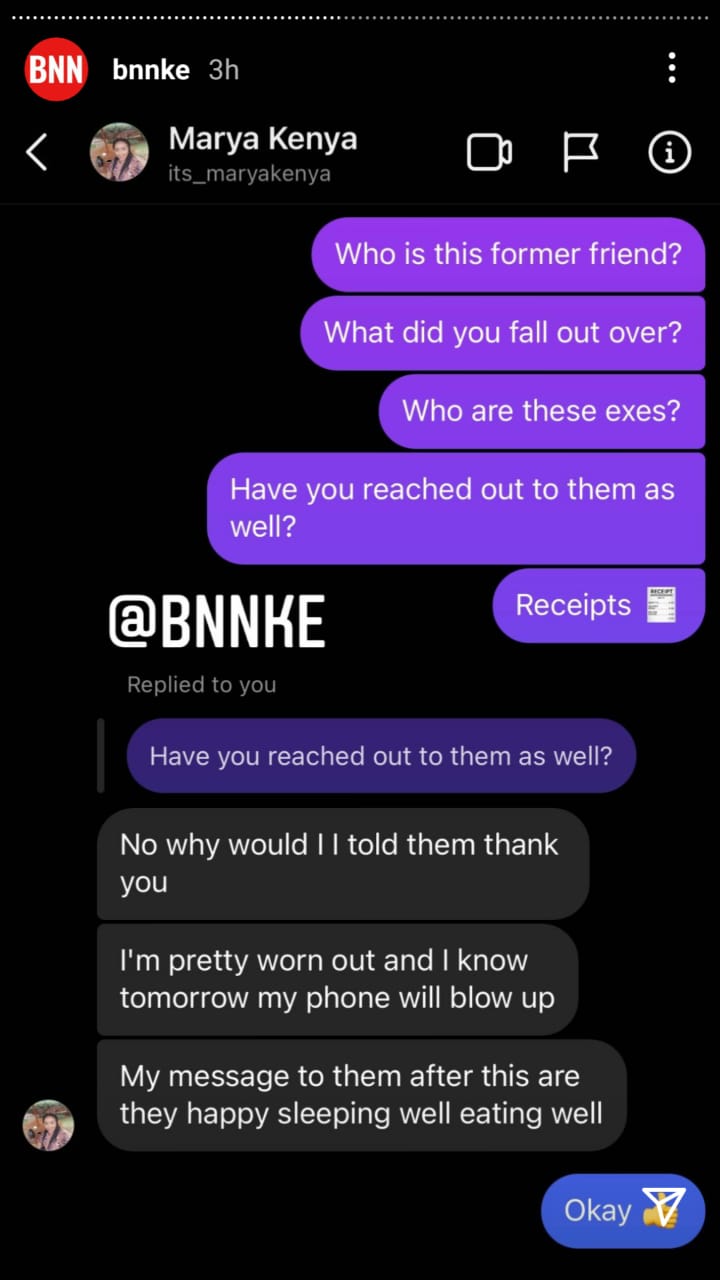 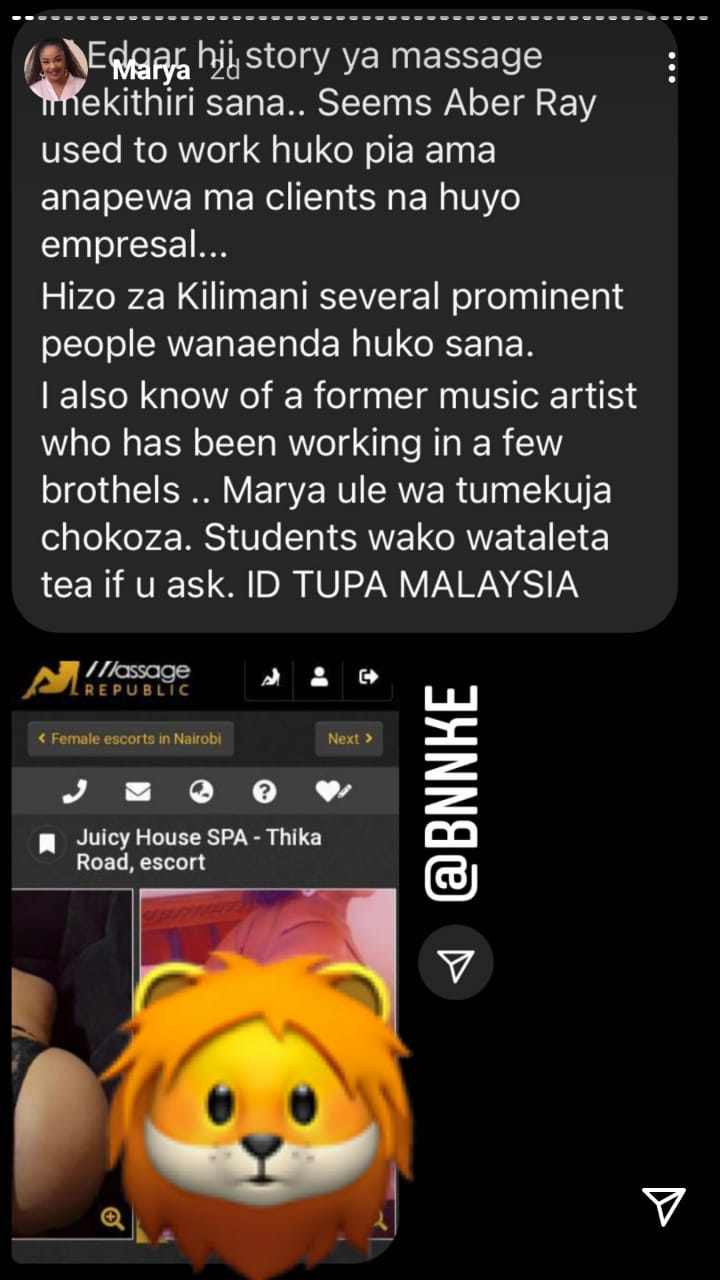