More
HomeNewsPresident Uhuru To Help Governor Oparanya and Eugene Wamalwa To Reach The... 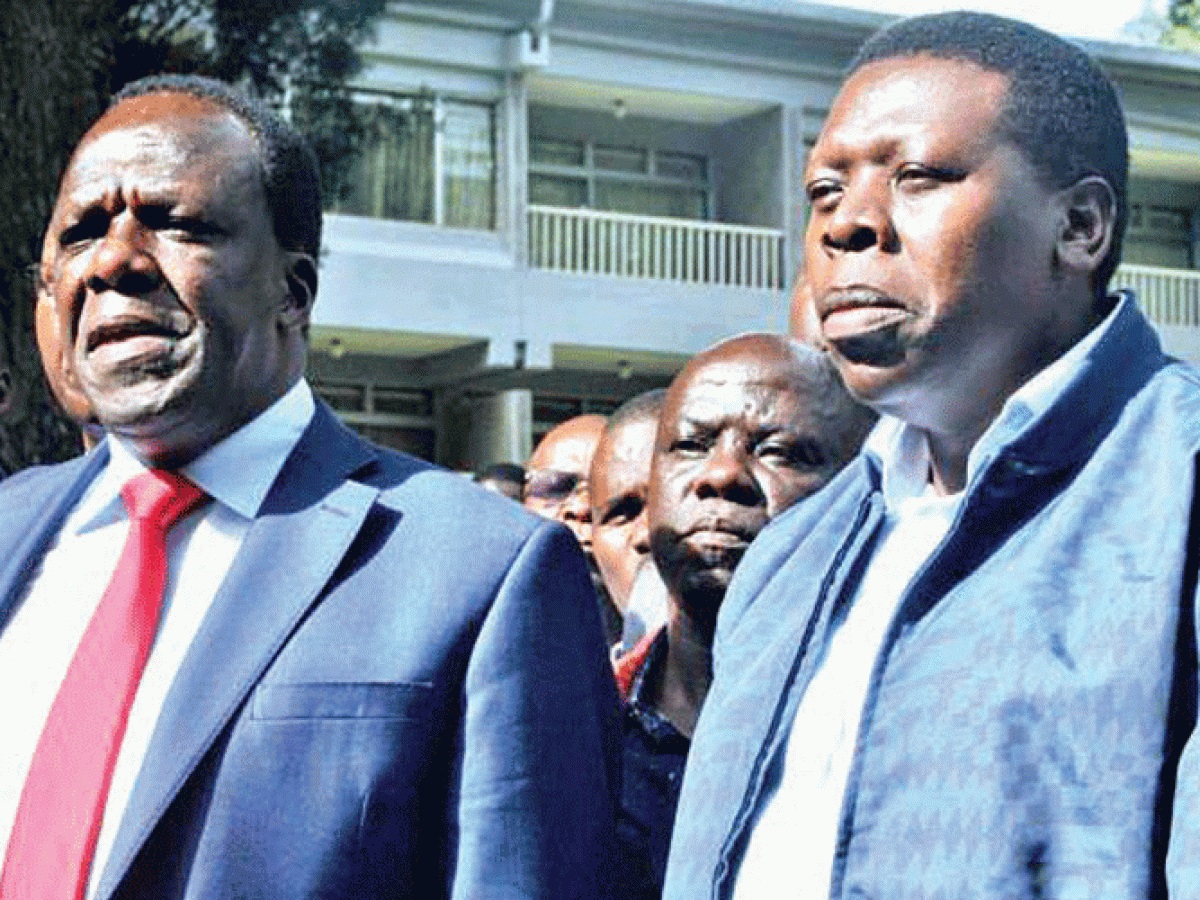 A plan has been outlined to elbow ANC Party leader Musalia Mudavadi and his Ford Kenya Kenya counterpart; Moses Wetangual from the helm of Luhya politics.

Sources have established that Cotu boss Francis Atwoli, Devolution CS Eugene Wamalwa, and Governor Oparanya are the architectures of the plan to dethrone Musalia and Wetangula.

President Uhuru is also believed to be part of the plan. On Wednesday, the President showed his goodwill on Oparanya and Eugene by giving them an arsenal to politically cut Musalia and Wetangu’la to size.

A delegation of western leaders led by Governor Oparanya and Eugene met the President at his Harambee House office in Nairobi. At the meeting, the president promised a lot of goodies to the western region.

Surprisingly at the meeting, those who were in absentia were the long term, Western leaders – Musalia Mudavadi and Moses Wetangula and their allies.

The president promised the leaders to write off all the debts of the cash-strapped Mumias Sugar – which was once an economic mainstay of the region.

Some of the leaders who attended the meeting said, the president also promised to waive all the taxes the sugar miller owe Kenya Revenue Authority (KRA).

By February this year, the sugar miller which is currently under receivership owed its creditors Sh4.8 billion with the exclusion of taxes, penalties, and fines.

Those for the region have asked the government for some time now to resuscitate Mumias Sugar. This development has come a few days after the rehabilitation of the Kakamega Airstrip began.

It is not yet clear if the President has fallen out with Mudavadi, a man he has admired for long, and almost ditched his presidential race in favor of in 2013 polls.

The team that visited Kenyatta is also understood to have lobbied for top government positions in the expected Cabinet reshuffle. According to the leaders, the region has only one cabinet slot – Eugene who hails from Trans Nzoia which is in the Rift Valley.

After the meeting, Cotu secretary-general Francis Atwoli informed the public fo what transpired at the meeting.

“We will continue championing for a better Western with a thriving economy,” he said.

Both Oparanya and Wamalwa began touring the region soon after meeting Atwoli at his Kajiado home where the trade unionist hosted about 40 MPs from western.

Days after the meeting was held in Kajiado, Atwoli announced he will host a second Bukungu Stadium rally to declare the Western Kenyan spokesman.

Oparanya has also led Western leaders to a meeting with cabinet secretaries and secured promises of development in the region from the national government.

The meeting was chaired by Interior CS Fre Matiang’i who assured residents of Western that the government would complete stalled projects and open up the region for trade.

Oparanya dismissed the claims that the Harambee House meeting was political but maintained that it was meant to ensure people in Western Kenya access good services.

Kimilili MP Didmas Barasa however dismissed the claims saying it was all about 2022 succession politics. According to him if the president was committed to rolling out development projects in Western, we would have done so already.

“Last week we approved the last supplementary budget. No projects we have proposed before have been factored in,” Barasa told the Star.

ANC deputy party leader MP Ayub Savula said that with the President taking over the issues, “there is some light at the end of the tunnel.” This surprisingly comes after opposing to attend a meeting organized by the CSs

“What I was opposed to was the issue of attending time-wasting meetings with CSs who could not address concerns. We have previously presented those issues before the budget committee but they were not captured,” the legislature said.

Savula praised the meeting at termed it as “the right direction”

The leaders assured the President of their full support as a region in securing his legacy.

The chairman of the Luhya Council of Elders Philip Masinde said the Harambee House meeting was more about politics of the region rather than the development agenda.

“Those who attended want to be seen as contact persons from the western region. They want to endear themselves to the President and get a Cabinet position for someone from western. They will then go round to tell people in western that they have the interests of the region at heart,” Mr. Masinde said.

Those likely to be dropped from the Cabinet positions are officials who have shown interest in going for elective posts in 2022 polls.

Wetangula is also facing some house troubles in his party and has blamed the Kajiado meeting for it. However, Atwoli has distanced himself from the ongoing wrangles in Ford Kenya Party which have pitted Wetangula against Kanduyi MP Wafula Wamunyinyi.