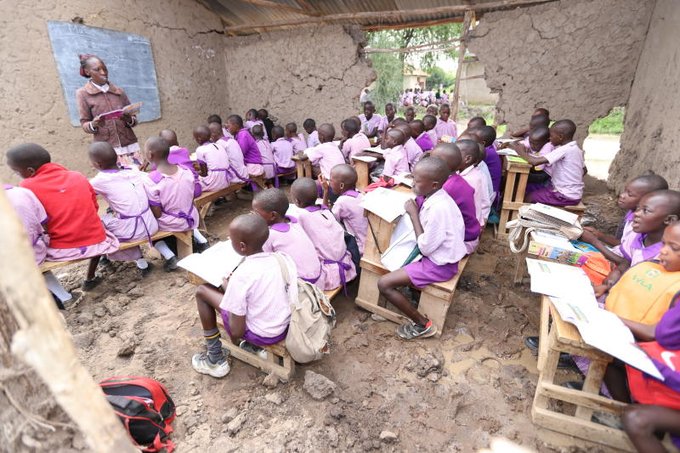 Students from poor families are set to suffer as 700 constituencies lose more than 771 Million in allocations from the National Government Constituencies Development Fund (NG-CDF) if Parliament adopts proposed changes to the cash distribution formula.

The National Government Development Fund (Amendment) Bill, 2019, which has already been adopted by the National Assembly’s Select Committee on the NG-CDF, proposes that the 290 constituencies equally share 75 percent of the annual NG-CDF allocation, with the rest distributed based on the number of wards in each constituency.

“Using the annual allocation for 2020/21 of Sh41.7 billion the proposal resulted in a high of Sh156.8 million and the lowest at Sh124.2 million, creating a variance of Sh32.5 million. The effects of this is that 190 and 100 constituencies are better and worse off respectively” the committee said in a report.

The formula would see 190 constituencies gain between Sh6 million and Sh13 million while the rest would lose Sh158,155 to Sh13 million. All the 290 constituencies get a flat rate of Sh137.4 million every year, with the Treasury having allocated Sh41 billion to the NG-CDF in the current financial year.

The formula mirrors allocation of funds to the 47 counties where the devolved units get varying amounts based on a range of parameters such as population size, land area, health care and roads.

There are 1,450 wards in the country based on the delimitation of electoral areas by the Independent Electoral and Boundaries Commission (IEBC) following the promulgation of the 2010 Constitution.

The NG-CDF board said the proposed amendment to the Act was likely to create a huge variance in allocation of funds to constituencies. “Scenario developed by the board and working with the 2020/21 financial year allocation results in a wide range variance of Sh113,322,255 where Turkana West and Lamu East would receive the highest and lowest at Sh220,675,608 and Sh107,453,353.

“Comparing the same with the current sharing formula, the amendment would make 123 constituencies better off while 167 will be worse off,” the board said in submissions to the committee on NG-CDF.

He proposed that three quarters of the CDF cash be divided equally among all constituencies and an amount equal to a quarter divided by the national poverty index multiplied by the constituency poverty index.

Dr Simiyu argued that the equal share as stipulated in the NG-CDF Act, 2015 is unconstitutional and that constituencies vary in terms of needs and levels of poverty, most of them being below the poverty line.

“It is worth noting that equal sharing of the fund would not close the poverty gap index,” the Tongaren MP said.

Nairobi residents who are burdened by a huge amounts of unpaid rent could finally breathe if the plan to write off the arrears by...
Read more
SONKONEWSLionhearted & Connecting The Dots