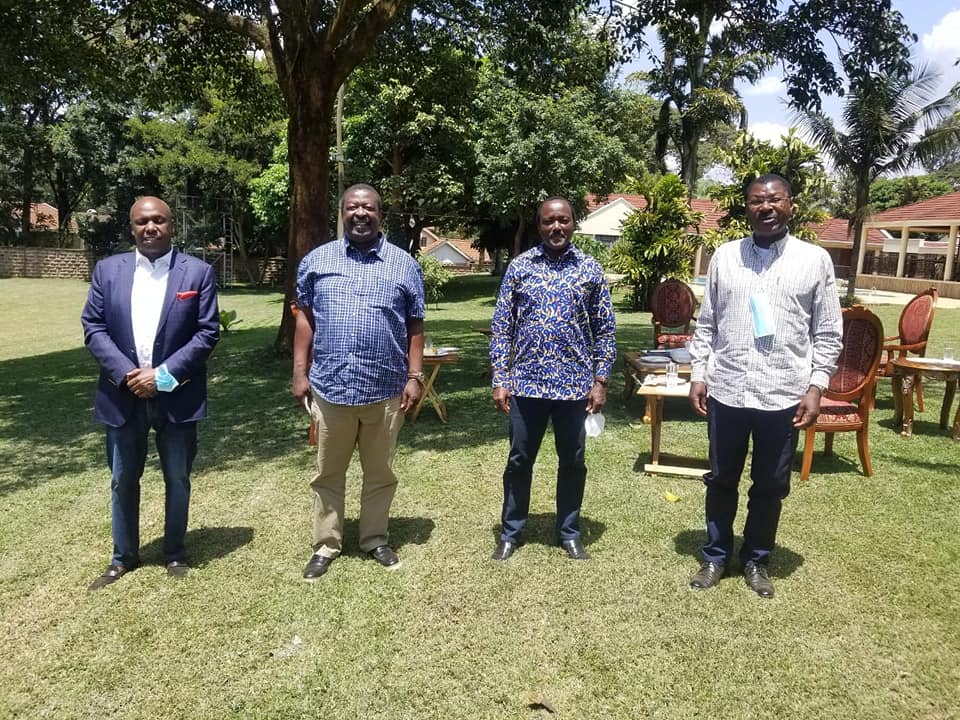 One Kenya Alliance (OKA) principals are unhappy with a section of the media for reporting that they were being forced to support Raila Odinga,

The principals, Musalia Mudavadi, Moses Wetang’ula, Kalonzo Musyoka and Gideon Moi have denied claims that the regular meeting they have been having with president Uhuru Kenyatta were meant to persuade them to support the ODM leader.

The four leaders have termed the reports as malicious and misleading aimed at ridiculing them.

“We wish to state that these reports are false, malicious, misleading  and mischievous, and are calculated to achieve nothing more than to ridicule our principals,” part of OKA’s statement read.

The principals further claimed that the reports only intended to cause despondency among the  friends, supporters and well-wishers while dismissing claims that president Kenyatta is trying to influence their political stand or interfere with their campaigns.

According to the politicians, the meeting between them and the head of state were held in a peaceful, cordial and respectful environment.

“At no time has His Excellency the President attempted to influence or derail the OKA campaigns directly, through proxies or otherwise,” OKA wrote.

The team noted that its secretariat is fully in charge of the their campaign strategies and they are not under any external influence.

OKA advised the public to desist from what is propagated by the media as they were just mere fabrications and creations of fertile minds, designed to cause disaffection and confusion.

“We wish to assure our supporters, friends and well-wishers that OKA remains focused and committed to offering the country a just, inclusive and progressive,” they further said.

RELATED STORY: OKA Principals Reveal That They Are Being Forced To Back Raila Odinga’s 2022 Presidential Bid