Obure, bodyguard to remain in custody despite receiving bail 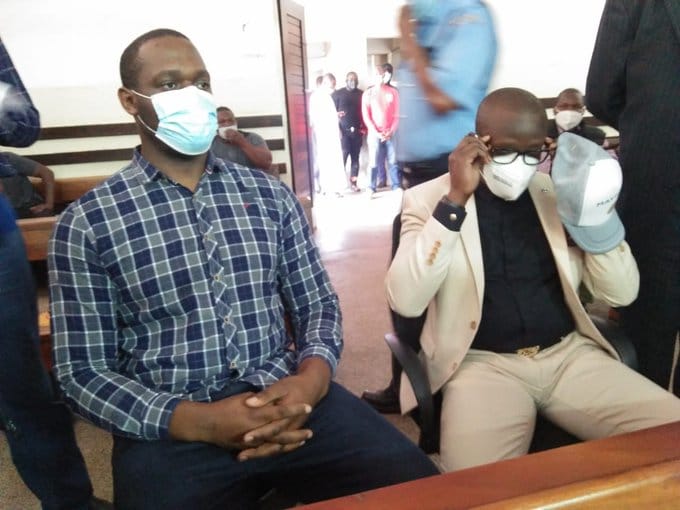 Murder suspects  Chris Obure and bodyguard Robert Ouko Bodo and who are accused in the murder of the late Kelvin Ombati Omwenga will spend more nights in the police cells despite being granted bail earlier today.

The Directorate of Criminal Investigations ( DCI) has clarified that the measly Shs 50, 000 bail granted to the duo was for the four counts they were charged with under the Firearms Act at Milimani Law Courts.

And the two are to remain in custody pending the ruling on a bail application made on the murder charge, whose hearing was fixed for Monday 14th September, 2020.

In today’s ruling Obure has been charged with the offense of failing to secure his firearm while Ouko was separately charged with a count of being in possession of a firearm without a license.

On Thursday, a Congolese national Vatha Bahati Josue was arraigned over Omwenga’s murder. He became the third suspect to be linked to the foul murder that happened three weeks ago.
Josue was arrested on Wednesday over links to the murder and was later arraigned before Magistrate Sinkiyian Tobiko.

Police sought seven days to detain him to complete investigations into the murder but the magistrate ordered that he be released on Ksh100,000 cash bail.

According to the police, the suspect’s phone, a Samsung A10, was used to communicate with the deceased and the other two suspects, Chris Obure and Robert Bodo Ouko, charged with the murder.

The police say that Josue was in constant communication with the suspects before and after the killing.