Museveni’s Son: It Will Take Uganda Just One Day To Overthrow Guinea Military Junta That Seized Power In A Coup 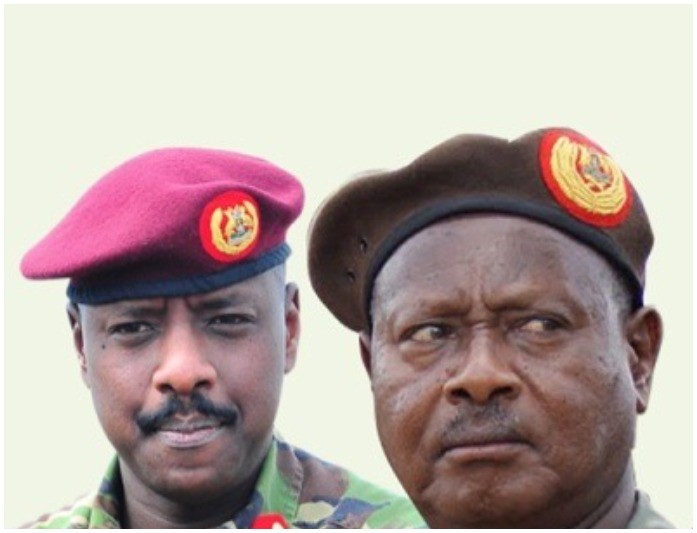 Museveni condemned the coup d’état in Guinea while speaking during an exclusive interview with France 24.

The Ugandan president Yoweri described the Guinea coup as a step backwards. He said the coup leaders should be sanctioned and get out.

“It is a step backwards. Those military coups are of low value. We had them in the 60s and they were part of Africa’s problems… so I condemn it,” Museveni said.

Days after Museveni condemned the coup in Guinea, his son Lt Gen Muhoozi Kainerugaba has hinted at Uganda invading the west African nation to free it from the military junta.

Muhoozi said it would take Uganda People’s Defense Forces (UPDF) just a day to defeat the military leaders in Guinea if his dad gave them the green light to invade.

“If our Commander in Chief gave us instructions it wouldn’t take UPDF a day to discipline mutinous troops like the ones in Guinea-Conakry,” Muhoozi tweeted.

If our Commander in Chief gave us instructions it wouldn't take UPDF a day to discipline mutinous troops like the ones in Guinea-Conakry. pic.twitter.com/63sBXdv18L

Meanwhile Guinea’s military heads behind have begun a week-long consultation with political, religious and business leaders that they say will lead to the formation of a transitional government.

The dialogue which started on Tuesday September 14th is expected to lay out the framework of a promised government of national unity that would lead Guinea back to constitutional order.

It is expected to define the duration of the transition, what political and institutional reforms are needed before elections, and who will lead the transition.

Celibacy Before The Ring Does Not Guarantee A Thing