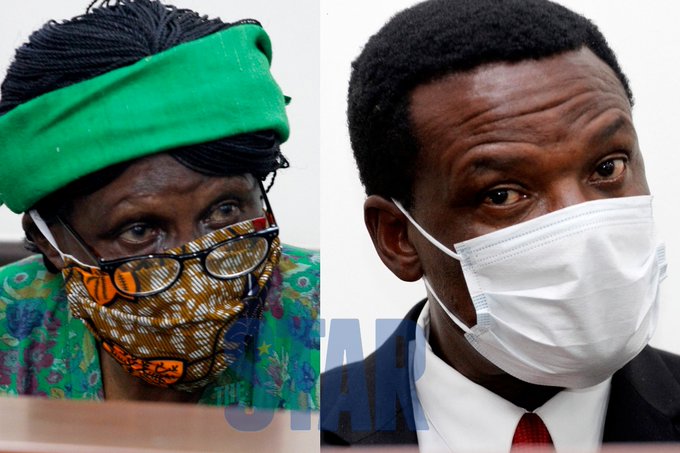 More trouble awaits Sirisia MP as the EACC is seeking to recover Sh300 million from him and his co-director in an intriguing scandal that has exposed how the corrupt exploit the country’s resources.

MP John Waluke and Grace Wakhungu, the mother of former Environment CS Judy Wakhungu, were sentenced on Thursday in a decision that shook the country’s political elite and graft barons.

The graft trial that took less than two years to be completed may cost Waluke – an ardent supporter of William Ruto, his parliamentary seat incase he fail to pay fine and he is sentenced for more than six months.

Our sources have established the Ethics and Anti-Corruption Commission is now going for the assets of the two co-directors as the government moves to make corruption a painfully expensive affair.

EACC CEO Twalib Mbarak promised the public that the two will pay dearly for stealing from the public as the amount they stole -Sh313 must be refunded.

“We will file for a recovery of the money from the assets they have accumulated. We will also freeze their accounts because they stole from the public,” Mbarak told the Star, terming their action outright fraud.

The two are shareholders of Erad Supplies and General Contracts Ltd, which was paid Sh313 million by the NCPB after accusing the government agency of breaching a contract.

Erad then pressured the NCPB to make the illegal payment by threatening to auction its silos, buildings, vehicles, and other assets.

The Anti-Corruption and Economic Crimes Act of 2003 records that a person convicted of an offense under the Act will be given a fine not exceeding Sh1 million or imprisonment for not more than 10 years or both.

The person can suffer a compulsory fine if he or she received a quantifiable benefit. The mandatory fine shall be equivalent to double the amount of cash received or the loss caused by the corrupt action.

Waluke’s company is still pushing NCPB to pay more than 264 million which the payment order was only on hold pending the outcome of an appeal lodged by the NCPB in the Court of Appeal.

The trial brought to light how cartels have explored the country’s food crisis and duty-free import to make a killing. Back in 2017 the sugar cartels took advantage of the sugar crisis in Kenya and a duty-free import and brought sugar full of Mercury substance which is poisonous.

The EACC CEO pledged the supply of “air” which is common in the government must come to a stop. He pointed out the importation of sugar, maize, rice, and fertilizer was a huge graft avenue for the “entrepreneurs”.

“Dummy supply in both county and national governments appear to be a norm but this must come to an end because the Commission is going to deal with those involved irrespective of who is involved,” the CEO told the local daily.

Mbarak who is a former military intelligence officer revealed that the anti-graft body had top-notch forensics and financial investigators which are enough to bring into book the corrupt.

Recently, the commission has been going after the “big fish” the corruption cases, with the latest on Monday when the top brass at the Kenya School of Law was apprehended in an Sh198 million corruption case.

“This case [Waluke and Wakhungu] also goes to demonstrate that close collaboration between the EACC and the DPP can achieve convictions. We have to also give credit to the DPP because they meticulously handled the case,” Mbarak told the Star.