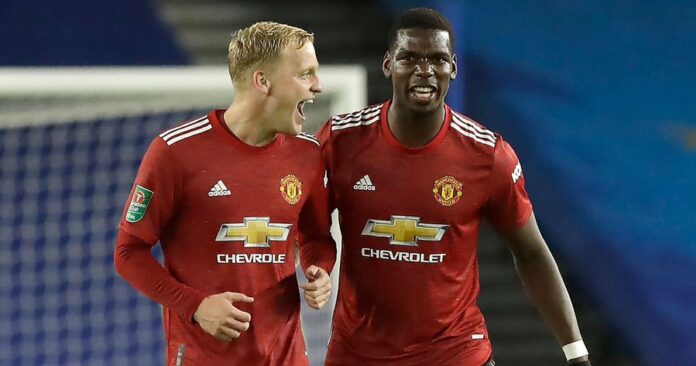 Ole Gunnar Solskjaer’s side cruised into the quarter-finals of the Carabao Cup with a 3-0 win at the Amex on Wednesday night.

Pogba rounded off the scoring after Scott McTominay and Juan Mata had also scored, to lift the mood amid growing disquiet among many United supporters.

The Premier League club have faced criticism over their transfer strategy, with Van de Beek still Solskjaer’s only signing this summer following his £40million move from Ajax. 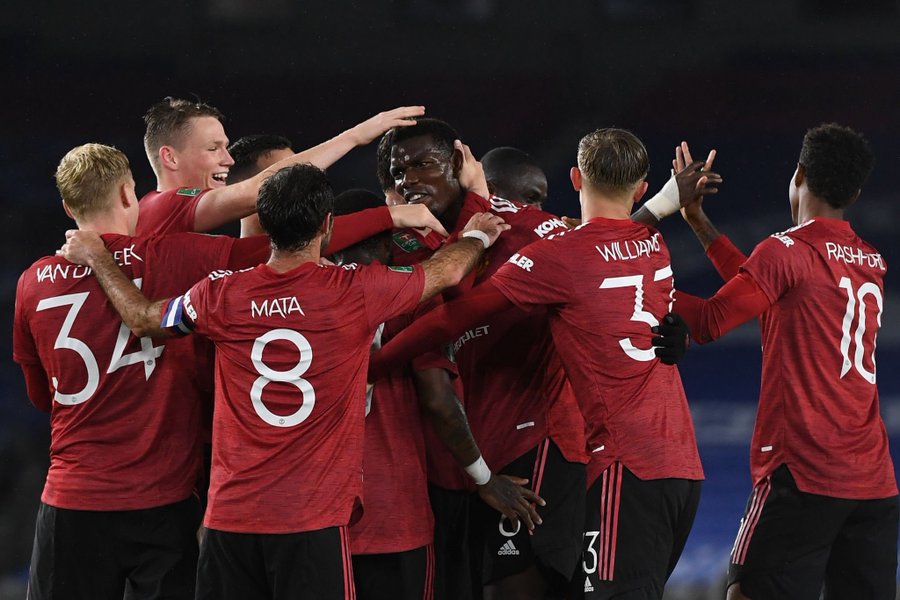 United’s pursuit of Jadon Sancho continues, although it remains to be seen whether Borussia Dortmund will relent on their £108m price tag before the transfer window shuts on Monday.

And while Van de Beek has been a welcome new recruit, there has been some concern over what his arrival means for Pogba, with the two players sharing similar qualities while also vying with Bruno Fernandes for a place in United’s midfield.

Pogba was linked with a move away from Old Trafford throughout last season, with the World Cup winner having said last summer it would be “a dream” to play for Real Madrid.

But the midfielder has seemed more settled since having the chance to forge a midfield partnership with Fernandes during football’s restart in the summer.

And he was all smiles as he hugged Van de Beek after the final whistle against Brighton – convincing many fans that he is United for keeps.