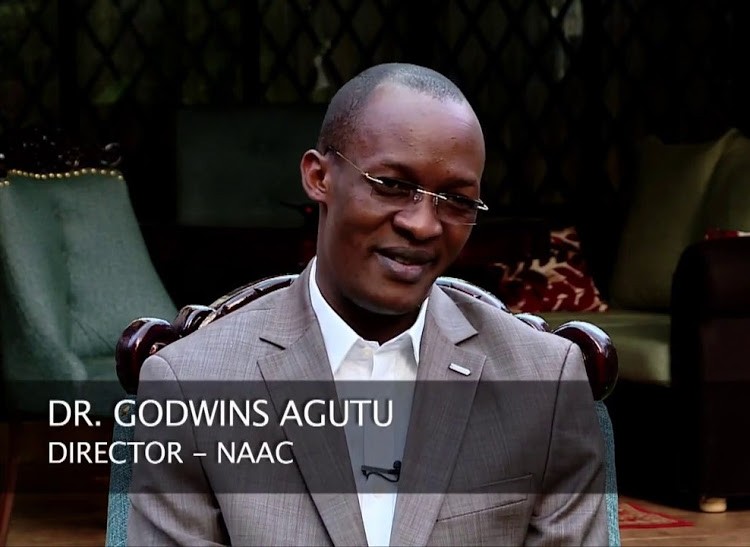 NTV Covid-19 Millionaires whistleblower has been nabbed among three other suspects for impersonating the EACC officers and KRA officers before demanding ksh,Sh2m bribe.

Godwins Agutu who is the Network Action Against Corruption Director featured in an expose aired by NTV alleging widespread misuse of Covid-19 funds and material donations from Jack Ma Foundation.

Agutu was arrested alongside Alex Mutua and Ken Kimathi on Wednesday evening.

The three are accused of abducting the Director of Hi-tech Enterprise while personating EACC and KRA officers before demanding Sh2m bribe.

They bribed the director asking him to stop pursuing an alleged tax evasion case involving the victim.

DCI boss George Kinoti said that the three were working with three other people who are still at large.

They used two Prados Reg. Nos. GKB 070B & KCY 280Q and stormed the victim’s offices within Nairobi on September 26, 2020, after which they took his laptop and left.

“The suspects appeared again on Sept 29,2020, demanding the Sh2 million bribe, and when the victim could not raise the amount, they forced him into the GKB vehicle and drove off to Lutheran Hse along Nyerere road,” Kinoti said.

Kinoti said the victim was forced to contact his family members to get the amount, but only managed to raise Sh500,000 where the suspects escorted him to his house at Westlands in Nairobi and took the cash.

“Investigations were launched where the three suspects were nabbed at the said Lutheran House, further establishing that the registration number GKB 070B belonged to a Land Rover Discovery attached to the Judiciary,” he said

Self-cleaning mask can kill coronavirus with heat from phone charger

There is a glimmer of hope as scientists all over the world are working to find vaccine and cure for coronavirus. Israeli researchers are the...
Read more
- Advertisement -
News