County traffic officer smashes car that she had seized

Why Ruto Should Keep On With His Wheelbarrow, Mkokoteni Empowerment 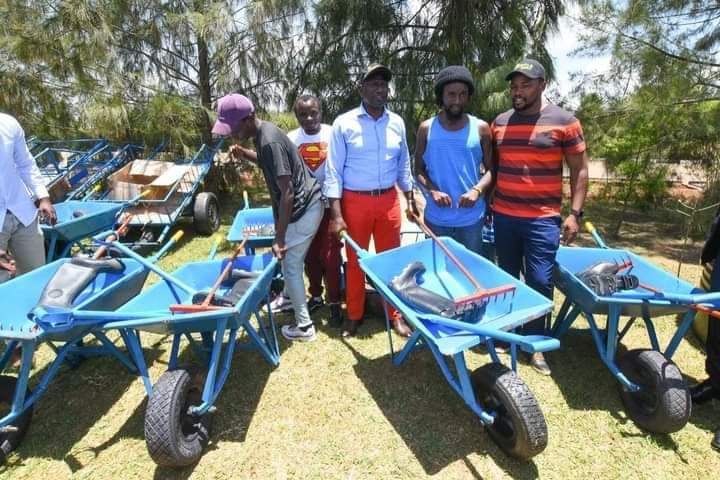 Deputy President William Ruto’s wheelbarrow and Mkokoteni donations to the ‘Hustler Nation’ has continued to elicit mixed reactions from Kenya, with some championing the move as a number of others call it celebration of poverty.

But lost in these debates is the fact that we tend to forget that we are still a third world country where majority of citizens must do manual jobs for the economy to function. It’s not like we’ll wake up tomorrow and find robots doing all the manual jobs across the country.

Secondly the blue and white collar jobs everyone wants the youth to be given are scarce, and usually filled up. In this country they are about 3 million such positions, positions that serve not only the youth, but people past the age of 35 too. The youth alone are said to be around 10 million people as of 2019, majority of whom need the 3 million white and blue collar positions. We all know 10 million people cannot be fitted in less than 3 million slots. The only way to ensure that the youths do not do manual labor is to transfer all manual labor to machines (e.g. robots), but you wouldn’t want that either.

80% of my people, focus on Tomatoes 🍅 and view of the market but none won’t notice the work of a wheelbarrow. @KoinangeJeff you can see the importance of a wheelbarrow. #JKLive #Fatumagedi pic.twitter.com/oGx7EnYlFM

There are those that might find such an argument lacking, as they would reason that we can’t be a third world country forever. To them, Ruto handing over wheelbarrows is establishing a wheelbarrow economy as the norm, instead of pushing for policies that would expand our economy to become a developed one.

The foundation for the above objection to Ruto’s huslters’ philosophy is that there are always news of shortage of teachers, health workers and others everyday and yet we have a lot of unemployed undergraduates, jobless youths that should be given reasonable blue or white collar opportunities instead of them being handed wheelbarrows and mikokoteni.

Another angle of object is that even if handing the wheelbarrows to some of the youths who need the wheelbarrows is a good thing, Ruto himself doing the handing over is uncalled for. “Wheelbarrows are very much needed for manual jobs but coming from a whole Deputy President who has been in power for the past 8 years is not acceptable”, a friend complained.

According to Economist and Former Nasa Strategist, David Ndii, Only 4.5% of nineteen  Million workforce have degrees. While over nine million people have primary education certificate which justifies Ruto’s narrative of giving out wheelbarrows to the hustler nation.

Vijana wa degree wacheni maringo na madharau. Only 4.5% of 19m workforce have degrees. 9m+ have primary educ only. For every degree, theres 2 people who’ve not been to school. What’s your plan for the uneducated 1.5m? #UpperDeckPeopleKE https://t.co/MhuN5PquBv pic.twitter.com/gNODTARM01

These contentions to Ruto’s hustlers’ initiative reveal a number of things that include:

Looking at the above points it is easy to see that in as much as we want an economy where everybody meets their basic economic needs, there are those who if they are not helped in the smallest way possible today may end up in utter desperation, or even commit suicide. There are those if helped in that smallest way can remain hopeful even as other policies that may expand the overall economy get put in place. Helping that doesn’t mean economic policies for macroeconomic expansion cannot be put in place.

Most Nairobi city centre hotels and restaurants source foodstuff from Marikiti, and 60% of it is delivered by Mikokoteni.

If you think mikokoteni pushing is primitive, don't demean the thousands of people who use it to put food on the table.

Some of them earn more than you.

On whether it is Ruto who is supposed to be providing the much needed small help, we must remember that the Deputy President has to do politics for his 2022 presidential ambitions, and politics is an emotional game, not a rational one.

Of course one can argue that politics ought to be a rational game where voters are presented competing policies and their respective implementation frameworks for implementation, but rational arguments are not suitable for large gatherings the kinds witnessed in political rallies. In politics, slogans and whipping of emotions are more effective than presenting rationally articulated blueprints for economic growth. So when it comes to politics, the Deputy President as a presidential candidate is exactly the right person to handover the wheelbarrows to a constituency that gets excited by such moves. 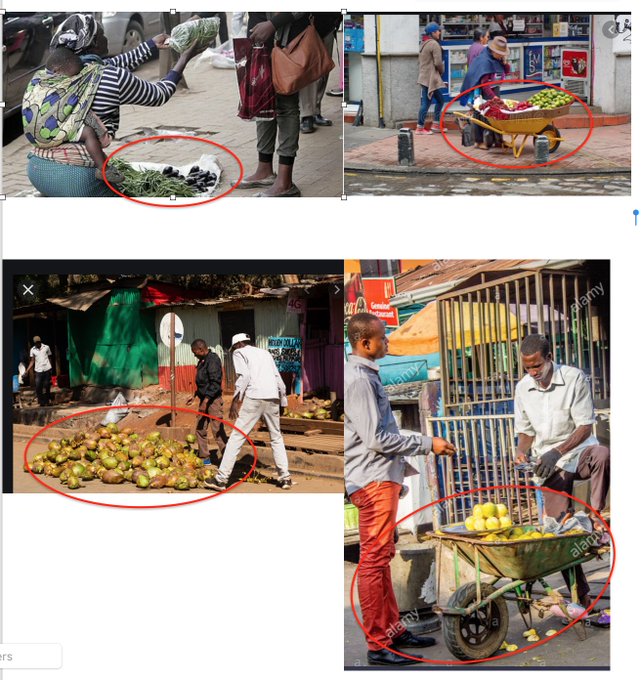 One more thing, Ruto has managed to capitalise on the dynasty vs hustlers narrative which has really given him political mileage.

Most Kenyans are hustlers, with data from Kenya National Bureau of Statistics showing that 83 per cent of Kenyans work in the informal sector. Simply put, they hustle. They lack the certainty of a salary, health insurance, a pension in old age and an inheritance.

There is a deep fear, which is justified that if the 2022 presidential contention is phrased as dynasty vs hustlers, the dynasty could lose. It’s simple; though we all aspire to be rich and affluent, we distaste the rich.

After all, those opposed to the hustler’s empowerment of giving wheelbarrows, what are they offering as an alternative for Kenyans to achieve their economical needs?

Suspected thieves hacked to death for attempting to steal goats

Four suspected thieves have been hacked to death while attempting to steal goats in Mithuthi-ini village, Kirinyaga county. Citizen reports that the suspected thieves were attacked...
Read more
- Advertisement -
News

Defender Shkodran Mustafi is ready to walk away from Arsenal and leave on a free transfer at the end of the season according to reports. Having...
Read more
News

ODM Leader Raila Odinga is one the political leaders that saved the day by killing the  monotony of the Building Bridges Initiative (BBI) tone...
Read more

Defender Shkodran Mustafi is ready to walk away from Arsenal and leave on a free transfer at the end of the season according to reports. Having...
Read more
News

ODM Leader Raila Odinga is one the political leaders that saved the day by killing the  monotony of the Building Bridges Initiative (BBI) tone...
Read more
Crime

County traffic officer smashes car that she had seized

A county officer in Nairobi has found herself in trouble after causing an accident along Kimathi Street that saw two cars, a motorcycle, and...
Read more
SONKONEWSLionhearted & Connecting The Dots