Kenya Power Seeking For Debt Collectors To Recover Its Billions 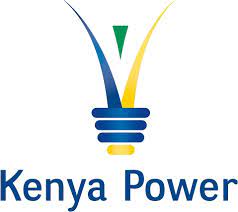 Kenya Power and Lighting Company is seeking to hire four debt collectors that will help in recovering the company’s billions that are in the hands of defaulters.

The company announced the tenders last week while inviting firms to apply for the two-year contract deal.

“The company commissioned the services of four private debt collectors in the second half of the last financial year. The remaining four will be on-boarded as soon as tendering is concluded,” Kenya Power said.

According to Kenya power, the billions that it seeks to recover range from a period of 6 months to two years. The company noted that tough times for families struggling to pay power bills in the midst of corona virus pandemic are some of the reasons to that have led to the increase in the debts owed to the company.

A report by Business Daily reveals that the biggest defaulters of Kenya power bills are domestic consumers holding over 60% of the dues.

The bid debts among household came as a result of the rise of power bills when the cost of petroleum increased in the global market.

The Kenya power dues were estimated to be at Sh5 billion as of August last year.

The debt collectors that the company is seeking will help to recover debts in four regions among them Nairobi and Coast.

During the company’s annual general meeting, chairperson Vivienne Yeda said that they are focused on sealing loopholes that facilitate financial hemorrhage and improving revenue collection.

Kenya Power’s total debts as at end of last June stood at Sh118.73 billion, made up of Sh65.96 billion commercial debt and Sh53.26 billion on-lent debt.

RELATED STORY: Difficult Times For KQ As Number Of Flights To New York Reduced To Two