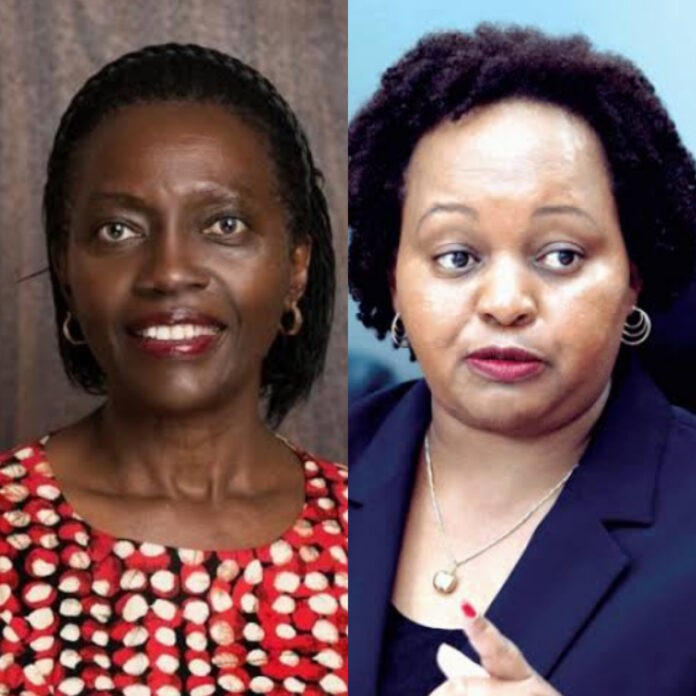 Netizens have mercilessly descended on Azimio Presidential running Martha Karua after she made a comment in favor of Purity Ngirici.

In a tweet insinuating that Ngirici had won Kirinyaga gubernatorial seat, Karua congratulated her saying that her victory was of great importance.

“Congrats @WanguiNgiriciyour win is of great significance #kenyaelections2022,” she tweeted.

Kenyans on Twitter however wanted her to keep quiet about political matters now that she could not manage to convince her home area residents to largely vote for her presidential candidate Raila Odinga.

Here is how they some responded to her tweet.

“So your still waiting your Handshake brothers to deliver your votes wait Mama mambo bado,” one said.

“You were unable to get votes from your own polling station. Keep off politics,” another netizen commented on her tweet.

This comes at a time when Waiguru complained of plans to rig her out. Through a series of tweets, the incumbent noted that some ballots were taken to Kianyaga tallying center through a back door.

“Ngirici goons now surrounding Kianyaga Tallying centre in a bid to intimidate and disrupt voter tallying for Gichugu our strong hold. No one can go in or out. And the police are doing nothing to remove them,” she said.

“Rigging in broad day light??? – Two ballot boxes with governors’ ballots enter Kianyaga through the back door in broad daylight! They MUST be removed and tallying MUST stop! @IEBCKenya,” Waiguru said in a separate tweet.

RELATED STORY:Martha Karua Breaks Silence After Raila Was Defeated By Ruto In Her Backyard