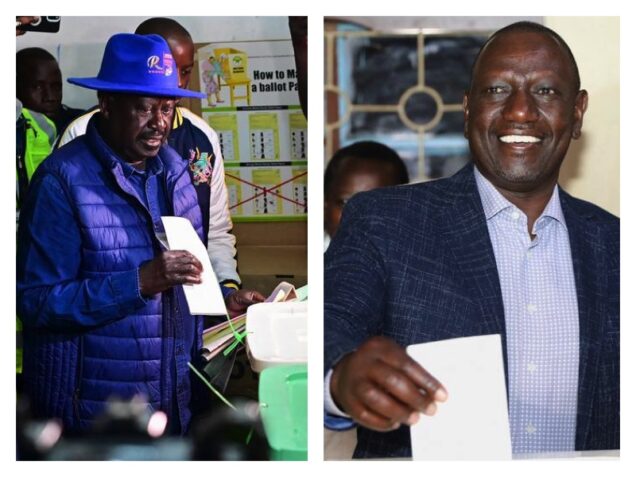 The presidential race between Raila Odinga and William Ruto is very tight thus raising questions whether the winner will be found just within the first round of voting.

For one to be announced winner of presidential elections, he/she must garner 50+1% of the total votes cast and “at least twenty-five per cent of the votes cast in each of more than half of the counties.”

Latest results as per the National tallying center have placed Raila at 50.99%. Ruto is following him closely with 48.33%. Results from less than 10,000 polling stations yet to be combined.

We however have a look at how Ruto and Raila have so far performed in Western Kenya as of Thursday morning.

ANC leader Musalia Mudavadi and his Ford Kenya counterpart were tasked with delivering 70% of the Western Kenya vote before them to be handed 30% of governance incase William Ruto scooped the Presidency.