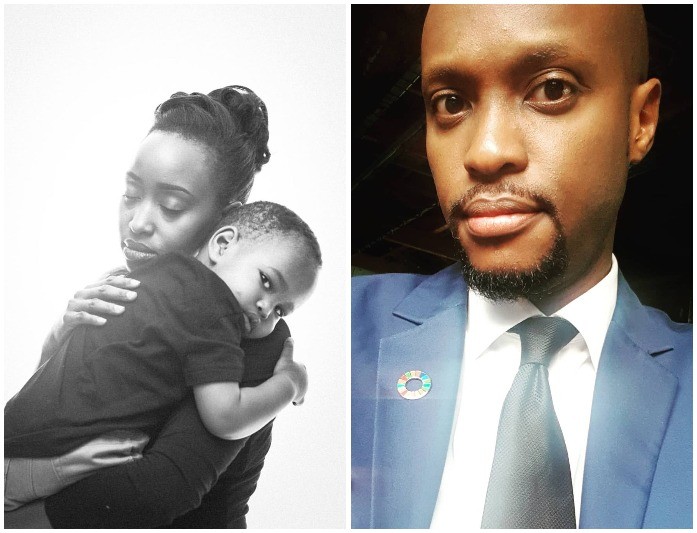 Ethan shares birthday with President Uhuru Kenyatta, on Tuesday as the head of state celebrating his special day Janet also threw a party for her son.

The excited mother of two took to social media to pour out her heart to her son as he celebrated his sixth birthday.

“I couldn’t ask for a better, brighter gift, Than two wonderful sons, one of whom today turns six! *(Patting myself on the back for that rhyme!) #Happybirthday Huru. 6 already! God keep you and Mali, always. All ways. For all your days❤️,” wrote Janet Mbugua.

Eddie Ndichu however snubbed his son’s birthday, he didn’t show up at his birthday or celebrate him on social media like in the past.

The last time Eddie Ndichu posted anything about his son was on October 26th 2019 when he was celebrating his 4th birthday.

Janet and Eddie parted ways six years after they got married in a colorful wedding ceremony held at Chaka Ranch in Nyeri county.

The former Citizen TV anchor and her husband have also unfollowed each other on social media and deleted each other photos.

Eddie and Janet seemed to have been separated for some time as they haven’t been celebrating each other on special days like birthdays or Mothers Day unlike before.

Sources privy to Janet and Eddie’s separation intimate that infidelity is the reason that caused their marriage to hit rock bottom.

Eddie is said to have cheated on Janet for a while, the reason why she ultimately decided to leave him.