Is She Your Stepsister? Mwingi North MP Demands Answers From Alfred Mutua Over Six Year Relationship With Lillian Ng’ang’a 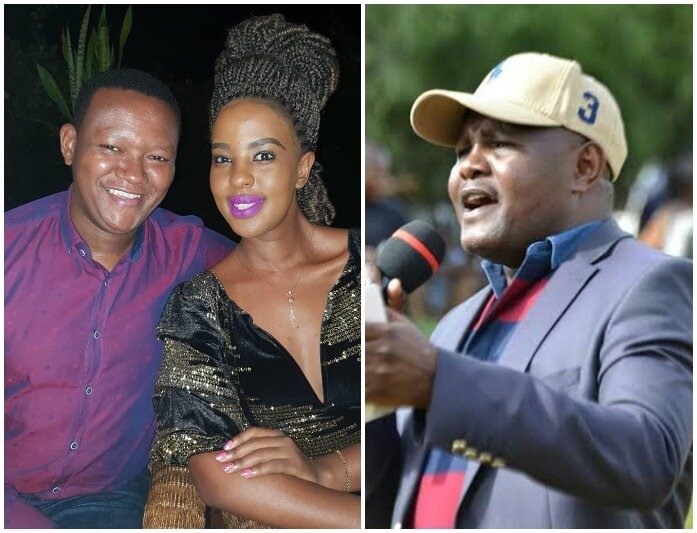 Mutua and Lillian announced their separation towards the end of August this year after rumors ran rife she had dumped him for Juliani.

Lillian ran back into Juliani’s arms the moment she was done with Mutua’s birthday which had made many people believe she was getting back together with him.

Mwingi North MP Nzengu Paul Musyimi has since come out to castigate Mutua over his failed relationship with Lillian.

Musyimi says Mutua has shamed the Kamba people for staying with a woman for six long years and failed to impregnate her.

“Alfred Mutua owes all Kamba men a public apology. How do you hang out with a woman for years, she doesn’t spit saliva or eat soil or have cravings? Is she your stepsister?” Mwingi North MP said.

It’s not the first time that Mutua is coming under attack from fellow politician over his relationship with Lillian.

In 2019, several politicians opposed to Mutua took turns to tear into his relationship during a rally in Machakos. They included; Mike Sonko, late Kalembe Ndile, EALA MP Simon Mbugua, Stanley Livondo among others.

“Mutua has done something no man should do. He abandoned his first wife and kids to marry a Samantha. And even that Samantha, my investigations revealed that he snatched her from Jaguar,” said EALA MP Simon Mbugua.

“The Governor is a retarded idiot. He wastes time worshiping idols. I respect women so I won’t talk about his wife. If Konza city had been built, the youths would have jobs, but since you elected a conman as a Governor, all he does is bring the President here for PR,” Sonko told the crowd.