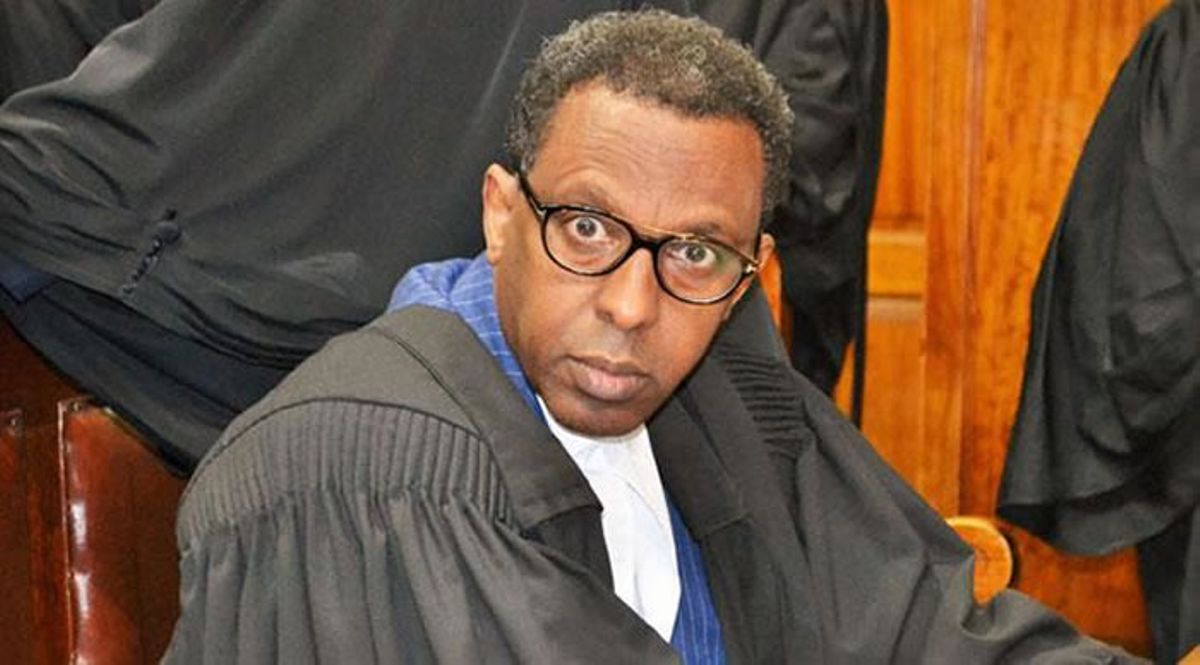 The outspoken city lawyer Ahmednasir (Pictured above) and former deputy Chief Justice Nancy Baraza are among the beneficiaries of the millions of money paid in legal fees that led to near action of key government agency after controversial maize order.

Details have emerged how the criminals colluded with the country’s top lawyers to reap Sh313 million from National Cereals and Produce Board (NCPB).

The maize scandal was the subject of the case that saw Sirisia MP John Waluke and businesswomen Grace Wakhungu convicted for fraud.

It was a well-choreographed plan that led to a huge amount of money transferred into different accounts of businessmen and well-connected lawyers in mind-boggling legal fees.

In one of the counts that initially had only Sh3,205, a payment of Sh297 million was done with a short time by the transfer of funds to various people. Among the beneficiaries include Jubilee Party lawyer Ahmednasir Abdullahi who received Sh35 million in legal fees. But the cash transferred into the account was swiftly cleared from the account within two days.

Former Deputy Justice received Sh5 million in legal charges. The scandal began in Erad Supplies and General Contracts breached a contract to supply 40000 metric tonnes of maize to the NCPB by failing to give a performance bond in time.

The company in question was associated with the late outspoken businessman Jacob Juma. MP Waluke and businesswoman are listed as directors in the firm as well.

By the time Erad provided the bond to NCPB, the funds that were provided by the Treasury to buy the maize had already been.

The arbitrator awarded Erad the Sh297 million compensation and part of the payment was shared among its directors and lawyers.

A day after the cash was paid the money was transferred to Erad lawyer’s account, Ahmednasir & Abdikar and Company Advocates received Sh35 million while Baraza got her 5million in her bank account.

The very same day Soita & Saende Advocates received Sh24 million while another 6 million was withdrawn from the account although the beneficiary was not mentioned.

On the very same day, businesswoman received Sh40 million while MP Waluke was paid Sh50 million. Another cheque worth Sh5 million was withdrawn while Sh320,000 was sent to Soite & Saende Advocates.

Investigations by Ethnic and Anticorruption Commission revealed that the documents purportedly emanating from the South African firm on which payment was made were forgeries.