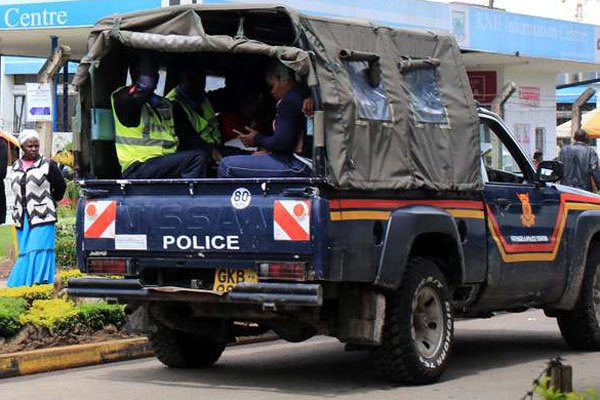 A 19-year old man suspected to have been involved in the murder of two ECDE children in Homa Bay County has been arrested.

The suspect who has been hiding in the bushes since the incident was arrested at Kogweno Oriang’ West in Rachuonyo North.

It is alleged that the suspect killed the minors by strangling them and then dumped their bodies into a river.

Four-year-old Henry Ochieng and Vantaly Otieno, 5, were murdered on Friday after they went out to graze the cattle with the man who is a servant at one of the boys’ home.

The minors together with the suspect never returned on home Friday prompting a search for them.

The bodies of the two children were discovered in River Sare on Saturday. The team that was involved with the search  first found Vantaly’s clothes on the river bank before spotting his body.

The locals then spotted Henry’s slippers some 200 meters away before spotting his body his body in the water.

Kogweno Oriang’ West assistant chief Faraja Malit who was in charge of the operation said that the suspect was found hiding just a kilometer away from where the bodies of the deceased were discovered.

He said that the suspect’s health was deteriorating due to hunger.

“He lay on the ground, but when he saw us, he attempted to run. He was weak and kept staggering,” Malit said.

The presence of the suspect in the village caused tension forcing the administrator to immediately call for help from the police.

“I had to liaise with the police to rush to the scene because residents were baying for his blood. The residents accused him of committing a peculiar crime,” Malit said.

He is detained at Kendu Bay Police Station and will be arraigned soon after investigations are concluded.

The bodies of the deceased are being preserved at Kendu Adventist Hospital Morgue at Gendia.