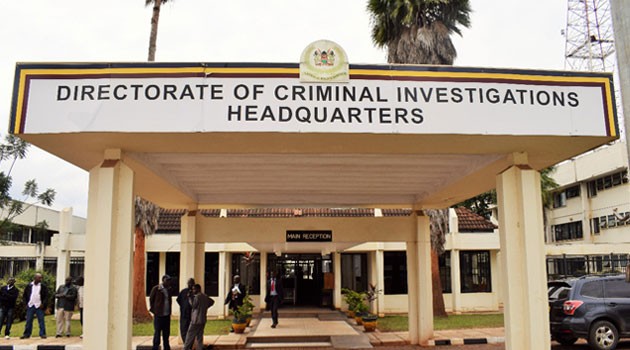 Detectives have launched a manhunt against a 40-year old man who allegedly defiled a 5-year old girl and immediately went into hiding.

According to DCI, Peter Nzinzi Musyoki waylaid the minor as she headed to a neighbor’s place to collect milk.

Musyoki is said to have pounced on the young girl and defiled her in a nearby bush.

“Musyoki is reported to have given the minor 15 shillings to buy her silence after the beastly act,” a statement by DCI reads.

The Monday morning incident left residents Kilia village in Mukaa, Makueni county in shock. The minor was rushed to a hospital for medical attention.

“The child was rushed to Kilungu level IV hospital for treatment by her distraught mother, who couldn’t come to terms with what had befallen her little angel,” DCI said.

Elsewhere police are looking for a 19-year old man who murdered two ECDE pupils before dumping their bodies into a river in Homabay county.

The suspect is said to be worker at one of the boys’ home. It is alleged that he left with minors on Friday to graze the cattle but they never returned home.

Their bodies were retrieved on a later day from the river.

According to the area Assistant Chief Faraja Malit, the motive behind the deaths of the minors remain unclear.

“He left with the kids on Friday but they never came back in the evening. It is then that we were alerted and started looking for the trio,” Malit said.

Malit further said that only the cows were found on Saturday but the children were nowhere to be found.

Preliminary investigations reveal that the children were strangled to death before their bodies were dumped at the river.

Confusion, Headache As Stakeholders Try To Find A Solution To Lost School Calendar

Mirema Shooting: Three Of Samuel Muvota’s Wives Paint A Picture Of The Kind Of Person He Was