Gloria Muliro Ends 6 Years Of Loneliness, Dry Spell And Settles Down In Marriage With Evans Sabwami 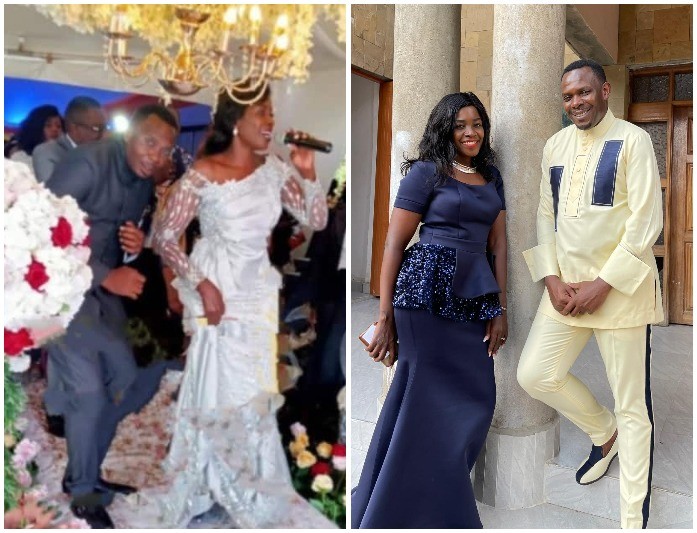 Gloria Muliro’s first marriage ended in tears and heartache, but six years later the gospel singer has decided to take a second stab at marriage.

Gloria married Pastor Eric Omba Miko in 2009 at a colorful wedding, but her marriage didn’t stand the test of time.

The gospel singer walked out of her marriage with the Congolese in 2015 citing infidelity and mistreatment and never returned, even after Omba persistently tried to salvage the marriage in vain.

After years of solitude, Gloria hooked up with divorcee pastor Evans Sabwami, their relationship was only made public for the first time in February this year.

When introducing her man to the world in February 2021, Muliro said that the man was the most important human in her life.

She also said that he was the man who has always given her happiness. “Happy Valentine’s Day to my best friend, the most important man in my life, My heart’s safe place, my reason for celebrating this day. I love you Ev,” wrote Gloria Muliro.

Pastor Sabwami and Gloria got married on Tuesday October 12th in a low key pre-wedding that was held in Eldoret.

The pre-wedding was attended by close family members and fellow gospel musicians like Anastacia Mukabwa, Solomon Mkubwa, Reuben Kagame among others.

The two love birds entertained those who were invited to their pre-wedding with drinks, meals and dances.

When the singers took to the podium to perform their songs, Gloria Muliro joined them in dancing to the hit songs.

Gloria and her sweetheart held a traditional wedding a few months ago. It’s not clear when the two lovebirds will get married in the main wedding.

Related: Inooro TV Anchor Who Was Married For 59 Days Before She Was Divorced Finds Love Again