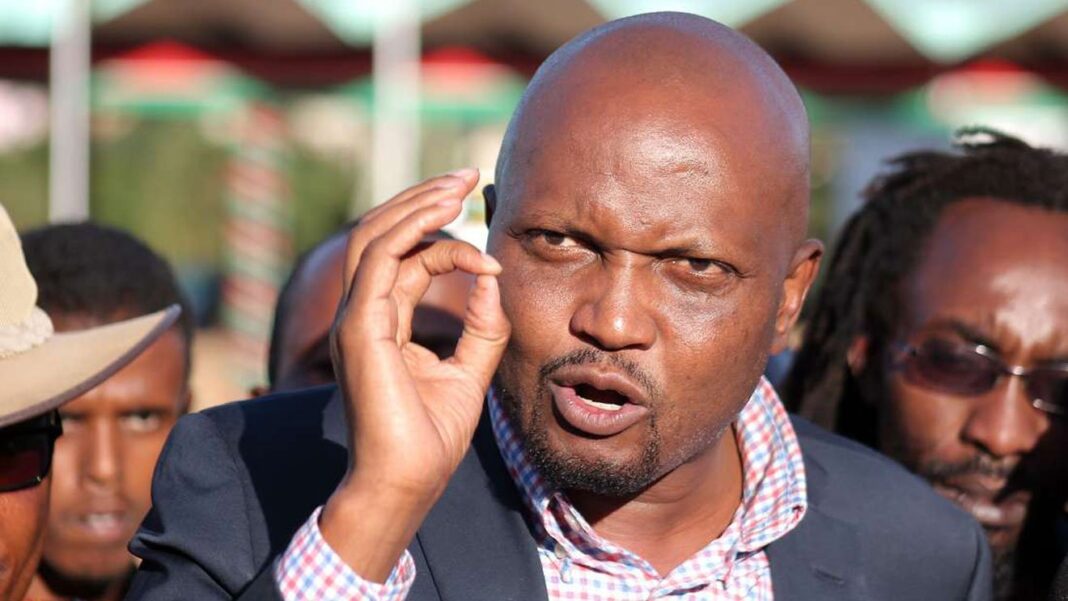 Moses Kuria has issued a new directive regarding nominations in his Chama Cha Kazi (CCK) party ahead of the 2022 general elections.

CCK was formed a few months ago after Kuria was kicked out of People ‘s Empowerment Party (PEP).

After the fallout with PEP’s leadership, the Gatundu South MP resolved to join another party (CCK) instead of joining his allies in DP William Ruto’s UDA.

Currently the party is working together with Narc Kenya and Mwangi Kiunjuri’s TSP while dismissing claims that they had formed a political alliance.

CCK is expected to participate in the Kiagu ward by-election in Meru if the court nullifies IEBC decision to lock out their candidate Milton Mwenda.

Mwenda moved to court to challenge IEBC’s decision to bar him from contesting for the seat over claims of failing to resign as public officers within the legally provided timeline of seven days after the declaration of the vacancy.

Following Kuria’s announcement a Facebook user celebrated the news while saying, “Good news to youths like me.”

“That’s great. The youths need to realize that we are the king makers the shapers or destroyers of this country with 13.M votes about 65-67% of the total voters…imagine the wonders we can do with the number but we are too busy listening to these old guys and helping them continue stealing for their 3rd and 4th generation and insulting each other on their behalf,” Mercy Waweru responded.

Other netizens  criticized him for making such a decision.

“Hii Chama yako You are the NEC and you are the Delegates, that you can hold meetings on your hospital bed by yourself and come up with resolutions,” one wrote.

Another said, “stop discrimination…age is just a number.”