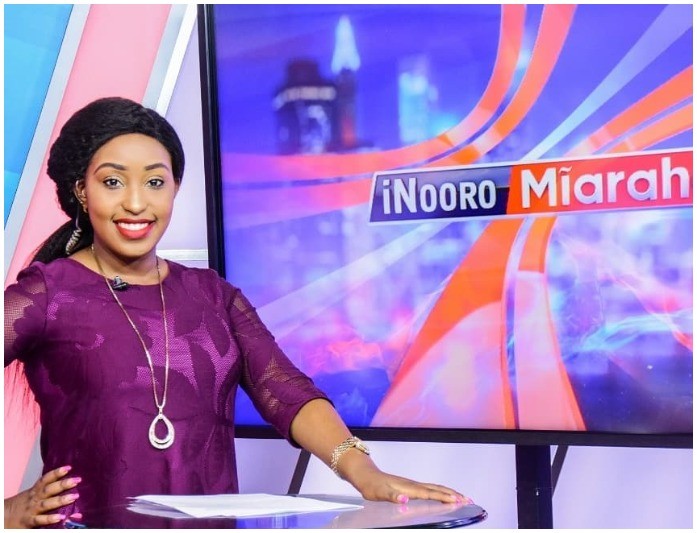 Sultry Inooro TV news anchor Winrose Wangui has tried her luck in marriage for a second time following a disastrous first marriage that ended in tears and heartache.

The Inooro TV news anchor revealed that she was married for 59 days only before her marriage came tumbling down.

“On the 59th day, we called it quits. We realized we were not meant for each other. It was painful, but that was it. It is difficult to say who was the cause of our divorce. It is something I don’t like to talk about,” said Winrose Wangui.

The Inooro TV news anchor alluded that her ex husband was cheating on her as he quickly remarried after they broke up.

“After I left out matrimonial home, he did not stay long before I was replaced by a woman, who I think is better than me.”

Wangui also disclosed that she gave birth to her son around the same time as the other woman, their children are agemates.

Well, Wangui moved on after her first marriage crumbled. She she fell in love again and even took a second stab at marriage.

Sultry Inooro TV news anchor had kept her new marriage private until Sunday October 10th when everything came to light.

Wangui was launching her charity organization dubbed ‘Tunza Future Initiative’ in Nairobi, when she confirmed that she has a husband, who was by her side.

“I was to thank everyone who has walked with me in this initiative. I can’t thank you all, but I’m grateful to my husband, who was the first person I told,” she said.

Several speakers praised the man for supporting his wife and not feeling threatened by her fame.

“You are a man-and-a-half. It is not easy to support your wife and allow her to do her projects without feeling threatened,” marriage therapist Anne Wamuratha said.