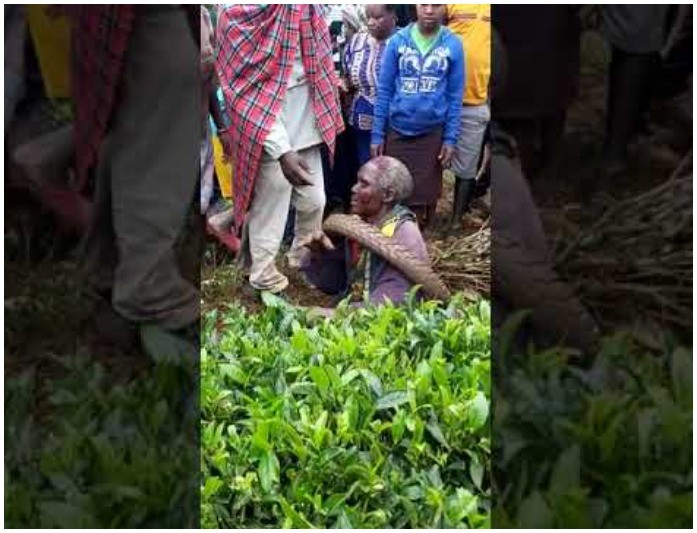 The four are said to be victims of mob justice at the hands of irate villagers who suspected them of witchcraft.

The four grandmothers are said to have bewitched a form two student at the village. The irate villagers, on realizing what had happened, took the law into their hands, and stormed onto the homes of the victims – who then did not have anything to do but to surrender to the irate villagers’ wish.

According to the area police, the student was not able to speak for sometimes. However, villagers are said to have initiated a mechanism of identifying the witches. (It is not clear on which mechanism they used to ascertain the identity of the witches).

The boy is said to have identified the women whom he suspected were behind him losing his sight. Again, it is not well known on how he was able to identify the women, since this is something that is suspected to have been done through black magic.

When the irate villagers finally ‘found out’ that the four grandmothers are the perpetrators of the devilish act, they took the law into their hands and then killed them – each in her home.

Speaking on the murder of the four grannies, Marani Sub County Deputy County Commissioner Patrick Muriira confirmed that all the four victims were women aged over 70.

“We can’t have a society that believes in witchcraft and mob justice. The law must be applied accordingly,” Muriira said. Police have already apprehended four people suspected to have murdered the four grannies.

There has been perennial cases of people taking law into their hands when there happens to be a case of a suspected bewitching in Kisii and Nyamira counties.

And surprisingly enough, the killing of the four only adds to the number of elderly women who have been killed in Kisii on a mere suspicion of murders associated with black magic in the two counties.

Related: Stepmother Chops Off Son’s Hands Accusing Him Of Sleeping With Her In Her Dreams