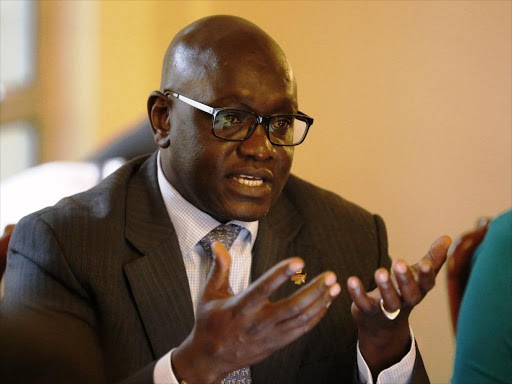 Ekuru Aukot the founder of the Thirdway Alliance party has been expelled over financial impropriety and lack of transparency to party members.

The party’s Secretary-General Fredrick Okango on Wednesday said the decision was made “without any malice, bias or hatred” despite the former party leader hopping from one media house to the other to disparage the party’s NEC decisions.

The party’s National Executive Committee following made the resolution to expel him after his snub to appear before the party’s discipline committee.

“The disciplinary committee convened on September 4 and all witnesses and complaints appeared and testified, however, Aukot did not appear nor did he send an apology,” Okango said. 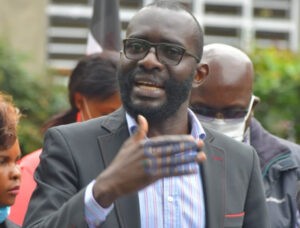 “NEC has today received disciplinary committee report which it (NEC) adopted unanimously and recommended that Aukot having no need to defend himself be dismissed from the party membership and position as party leader.”

In a statement to the media, Okango detailed events leading to the expulsion including alleged intentional absenteeism from NEC meetings, impunity and intimidation.

“As a young, democratic, progressive party that is founded by the rule of law, we have no time for sideshows and ego contests. We have an agenda to achieve and there shall be zero tolerance to impunity from any party member regardless of their status within the party ranks and society at large,” he said.

He has also been accused of defying a court order in a children’s case, hence violating Chapter Six of the Constitution of Kenya.

The party’s NEC suspended Aukot indefinitely and barred him from representing or transacting any business on behalf of the party.

Ugandan President, Yoweri Kaguta Museveni has landed his nomination from his party, NRM(National Resistance Movement) to vie for the presidency again. This nomination comes a...
Read more
- Advertisement -
Sports

Flamengo defender Gustavo Henrique suffered a horror testicle injury during his side's 5-1 win over Corinthians. The defender was taken off in the first half...
Read more
News

Pope Francis has made history to become the first sitting head of the Catholic Church and the sovereign of the Vatican City State to...
Read more

Debate to regulate digital lending platforms has been going on for a long time and this might come to an end if BBI proposals...
Read more
Sports

Flamengo defender Gustavo Henrique suffered a horror testicle injury during his side's 5-1 win over Corinthians. The defender was taken off in the first half...
Read more
News

Pope Francis has made history to become the first sitting head of the Catholic Church and the sovereign of the Vatican City State to...
Read more
News

The Building Bridges Initiative (BBI) report was unveiled on Wednesday by President Uhuru Kenyatta and ODM leader Raila Odinga. The document has been touted as...
Read more
SONKONEWSLionhearted & Connecting The Dots