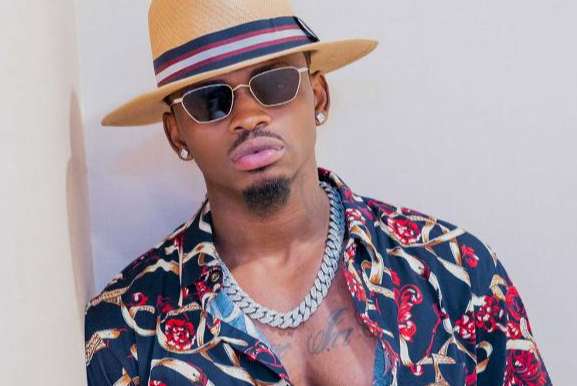 Tanzanian musician Diamond Platnumz has proved that he is a real Simba after he won at the AFRIMMA awards as the best male in East Africa.

He had been nominated alongside: 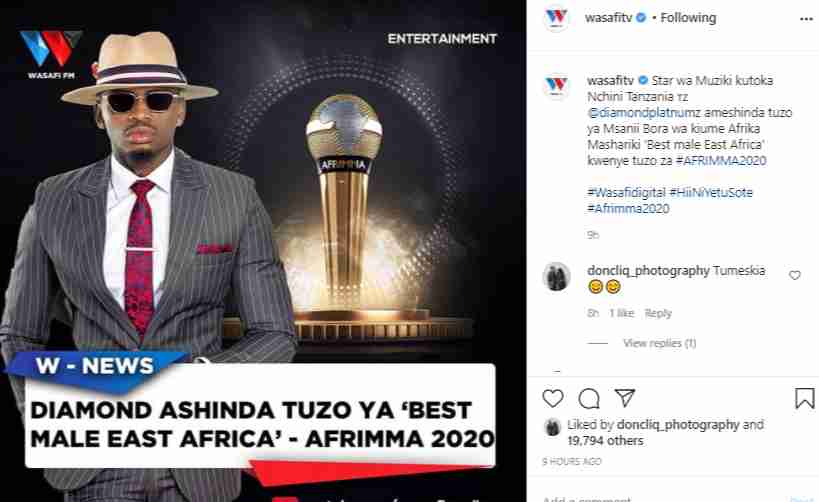 Last month, he had indicated how he was to celebrate if he wins the Grammy award which he has also been nominated.

Diamond was speaking during an interview with the Grammy Awards website where he revealed that he aspires to win the award.

According to Diamond, if wins the ward, he will need a week to celebrate and it encompasses prayers. “I would start by spending the whole week praying instead of celebrating. A lot of artists have never had that chance. After a week, that’s when I’d celebrate. I’d have a proper performance at the stadium for free because everyone would want to see the trophy,” said Diamond. 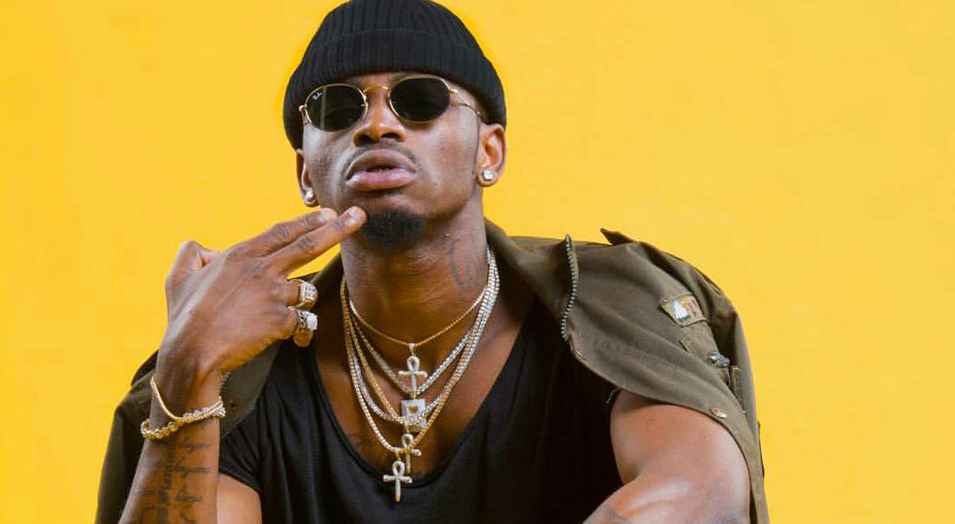 It wouldn’t just be my achievement, but Africa’s achievement. As long as you black, it’s our achievement. Everybody can come, take a picture with it, post it to social media, and show the chance you had with it,” he added.

The Grammy Awards are the most prestigious awards. Held annually, they recognize the most accomplished artists from varied backgrounds based on an internal voting system.

The Recording Academy went on to acknowledge that the categories previously held back various artists from being feted. In early 2020, the Academy announced new changes noting that the 63rd Awards will have the ‘Best Urban Contemporary Album’ category will be named ‘Best Progressive RnB Album’ to appropriately categorize and describe the sub-genre. ‘Best Rap and Sang Performance’ will also change to ‘Best Melodic Rap Performance,’ as well as ‘Best Latin Pop Album’ and ‘Best Latin Rock Album’ are also recent changes.

With over just 10 years in the music industry, Diamond is now among the most successful musician on the continent. The singer is touted to win a future Grammy Award after penetrating the American popular music culture.

In the month of June, A bare-chested Diamond Platnumz was surprised by his record producers last week when they rocked up at his house with a cake iced with YouTube’s logo to mark a milestone for the Tanzanian pop star.

As he was filmed getting dressed, the 30-year-old was proudly told by his team that he was the first sub-Saharan African singer to get one billion views on his YouTube channel.