Education Cabinet Secretary Prof George Magoha has finally exposed the level of rot in his ministry which involves 500,000 ghost students.

Through the free education programme, head teachers and Ministry of Education officials are accused of inflating the number of primary school children used by the government to disburse funds.

Speaking during an inspection tour at Ayany Primary School in Kibera on Saturday, November 14, Magoha revealed that the registry had been inflated by over 500,000 students.

“Due diligence identified inflation of the number of learners from 8.47 Million to 9 Million. The shortfall of 529,997 learners has led to the saving of Ksh752,594,740 annually.

“This management approach has been instrumental in identifying lapses within the Ministry where public funds have been misappropriated and measures to ensure that effective intervention has been deployed,” said Magoha. 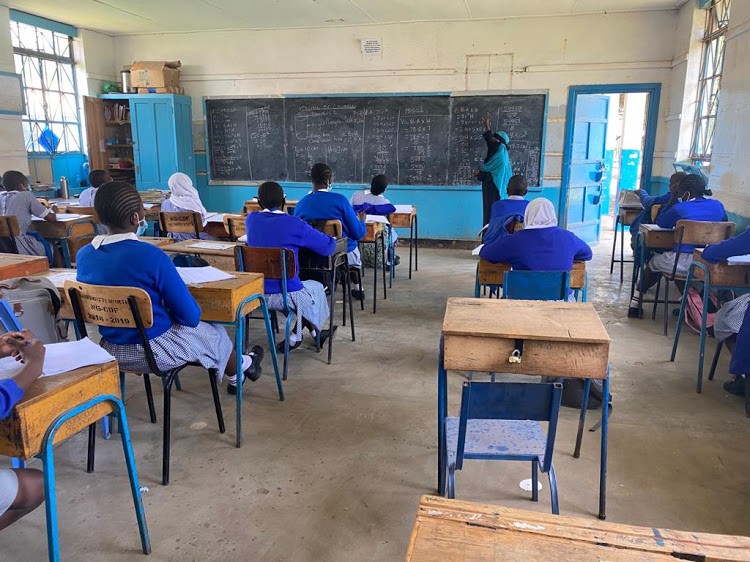 The total number of funds lost in the scandal is impossible to calculate as Magoha failed to reveal how long the scam has been running.

The Government allocated Ksh1,420 per student in the FPE programme that was launched by former President Mwai Kibaki in 2003.

Taxpayers have also lost millions of funds due to the inconsistent data through the central books procurement programme.

Under the programme, some schools across the country have been complaining about being oversupplied with textbooks than required.

A textbook publisher also claimed that they were unable to locate some schools registered under the programme that started back in 2018.

The programme was launched by the government as a cost-cutting measure after splashing billions and failing to achieve the one textbook one learner ratio.

This comes after Magoha revealed that there was another scandal in the procurement of Ksh1.9 Billion school desks that was directed by President Uhuru Kenyatta.

“I tasked one of the units in the Ministry to develop and cost a prototype. When I did due diligence of establishing the market prices of desks, I realised that the unit at the Ministry had inflated the cost by Ksh1,700, which means only 250,000 desks would have been supplied,” noted Magoha.