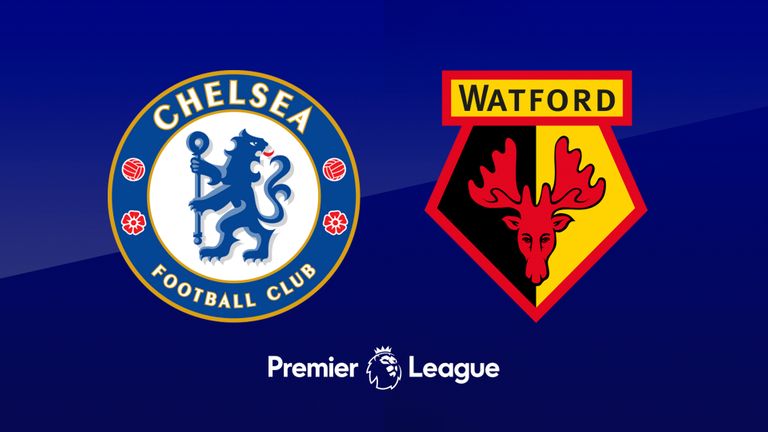 Chelsea will want to make sure their loss at West Ham was merely a blip as they host Watford.

A 3-2 defeat at the London Stadium has allowed Manchester United to close the gap in the race for Champions League qualification. United face Bournemouth earlier in the day.

Watford, meanwhile, faces a battle to avoid the drop and have not won since Premier League football resumed. Will they boost their chances by condemning Chelsea to another damaging defeat.

Chelsea’s loss at the London Stadium was deserved but can still be considered a blip. Frank Lampard’s side has looked impressive since football resumed and I expect them to get back to winning ways.

Chelsea will be without midfielder Mateo Kovacic, who has an Achilles injury.

Watford trio Andre Gray, Nathaniel Chalobah, and Domingos Quina have been recalled after being omitted last week for disciplinary reasons.

Gerard Deulofeu, Daryl Janmaat, and Isaac Success are the Hornets’ only certain absentees.

Watford has won only one and lost 13 of their past 17 meetings with Chelsea in league and cup.

Watford has conceded 11 goals on their last three trips to Stamford Bridge.

However, the Blues have lost eight home matches in all competitions this term, their most since 1985-86.

They have lost 10 league matches in a season for only the second time during the Roman Abramovich era, having been beaten in 12 during the 2015-16 campaign.

Chelsea has conceded 29 of their 44 league goals in the second half of games.

They have dropped 18 points from winning positions.

Frank Lampard has finished on the winning team in all five Premier League matches against Watford, four as a player and once as a manager.

Lampard celebrates his first anniversary as Chelsea boss on the day of the game.

Watford has won only one of their last 10 league matches (D3, L6), and are winless in four.

They have claimed just two victories in 16 away league games this season (D4, L10) – those triumphs came at fellow strugglers Norwich and Bournemouth.

The Hornets have failed to score in eight away matches, including each of the past three.

They have scored just three second-half away goals this season.

Watford has conceded 17 goals without scoring in their five fixtures away to the current top-six clubs.

The Hornets have scored just 29 league goals, with only Crystal Palace and Norwich managing fewer.

If selected, Ben Foster will become the eighth player to make 100 Premier League appearances for Watford.

Supreme Court In Trial, As Regional Court Is Set To Decide On Karua Election Petition

Former CJ Willy Mutunga Claims That The Judiciary Is Timid