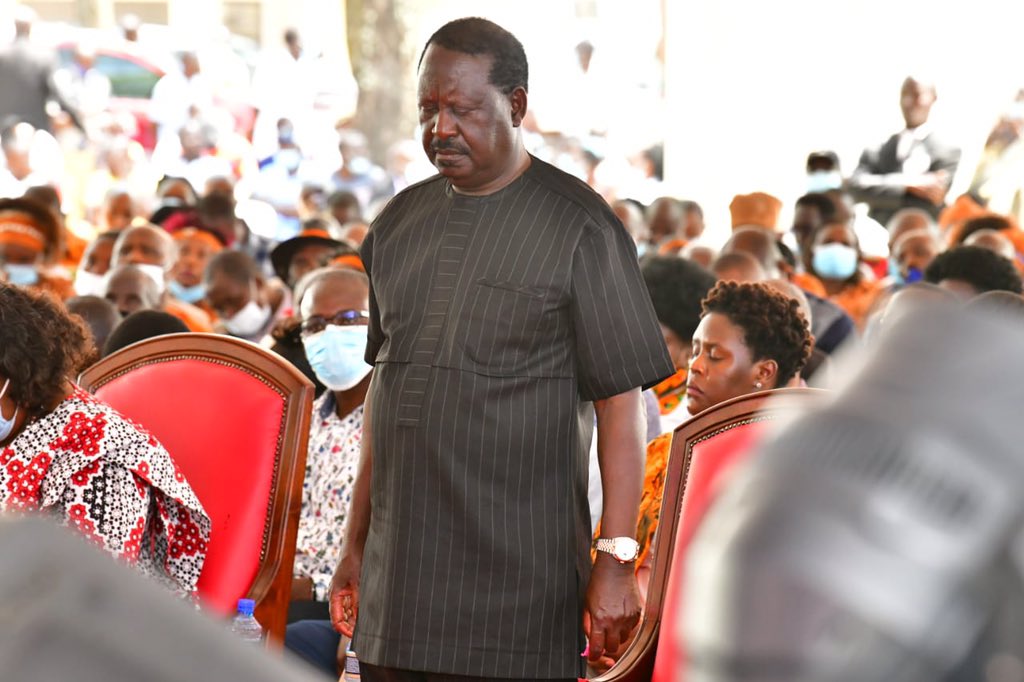 From the look of things, ODM leader Raila Odinga might have been hoodwinked by the Kikuyu Council of Elders visit to Bondo last weekend.

Kung’u was speaking during the requiem mass of Peter Mbothi and Christopher Kariuki, the two youth killed during the Kenol clashes in Murang’a County.

The patron urged leaders to desist encouraging politics that would divide Kenyans.

“President Uhuru Kenyatta did not send anyone to Bondo and was not aware of the visit. It was the work of Peter Kenneth and David Murathe. The National Council of Elders never sent them,” Kung’u stated. 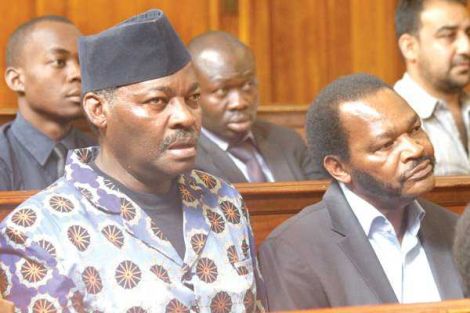 Former Kiambu Governor William Kabogo, who was also present during the mass, weighed in on the matter, alleging that Kenneth and Murathe aimed at dividing the Mt.Kenya community.

“They want to auction the community for self-gain ahead of the 2022 general election,” Kabogo stated.

“Bad politics is to blame for the death of these tow young people,” he added.

This comes just days after Gema also dismissed the meeting drawing a clear line from the agreements reached.

During the meeting where Odinga hosted Mt Kenya elders in Bondo, Siaya County on October 10, 2020, the leaders came up with a number of resolutions which were read out  by Kisumu Governor Anyang’ Nyong’o and were passed by everyone who attended.

“We the elders of the Luo and Kikuyu communities, coming together at the home of our patriarch Jaramogi Oginga Odinga have expressed our deep concerns for the problems facing our nation.

“We deeply appreciate the initiative taken by President Uhuru Kenyatta and former Prime Minister Raila Odinga to unite our nation through the handshake under the BBI and we eagerly await the launch of the proposals very soon,” the governor stated.

The elders resolved to continue with the dialogue and invite other communities to take part in the transformation of the country.

“We call upon our people to fully support the handshake by taking its spirit to the grassroots among the Kenyan people,” Nyong’o said.

The second part of the meeting is expected to take place on October 30, 2020, when Nyanza elders will pay a visit to leaders in Nyeri County.

Today, Kariobangi residents took to the streets to demonstrate against evictions that left over 7,000 residents homeless. The residents burnt tires on the road...
Read more
- Advertisement -
Politics

Nairobi residents who are burdened by a huge amounts of unpaid rent could finally breathe if the plan to write off the arrears by...
Read more
SONKONEWSLionhearted & Connecting The Dots