Francis Atwoli Seeks To Own Exclusive Rights Over The ‘Alaa’ Phrase 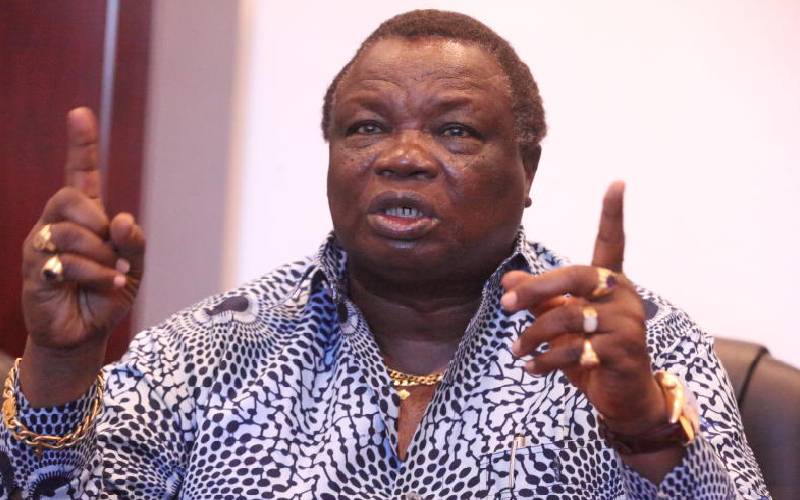 According to the application filed at Kenya Industrial Property Institute (KIPI), Atwoli wants to use the phrase in clothing, footwear and head gear.

He also wants businesses and companies seeking to use the phrase to engage him first.

“Alaa has no English translation. It is more of a slogan, chant or an exclamation specific and attributed publicly to myself,” Atwoli said in his application.

KIPI confirmed that Atwoli had filed the application and gave those who want to challenge it up to December 29, 2021 to submit their petitions.

Those contesting the application will be required to pay Kshs5000 for Kenyans and Ksh27, 625 for foreigners.

Once the application is a success, anyone seeking to use Alaa must first pay or seek consent from Atwoli failure to do so  will amount to trademark infringement which is punishable by the law.

The phrase originated from an interview that Citizen TV’s Jeff Koinange had with Atwoli in February 24.

Jeff had asked Atwoli who was more likely to be the president between ODM leader Raila Odinga and Deputy President William Ruto.

“You are just evading my question, just tell me yes or no, can he beat Deputy President William Ruto?” Jeff asked.

A trademark is a sign that distinguishes products of one enterprise from those of another enterprise. It may include numbers, letters, pictures etc.