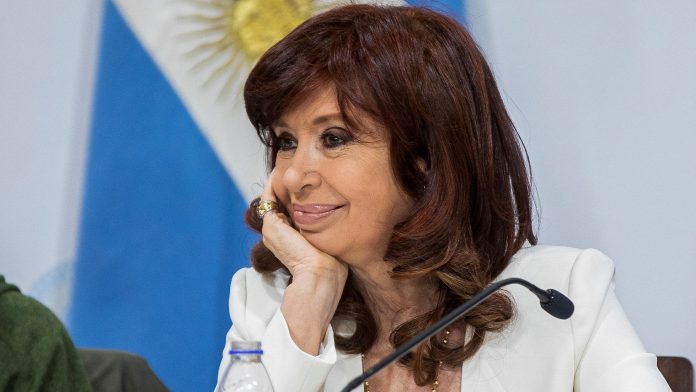 A federal court in Argentina has found Vice President Cristina Fernandez de Kirchner guilty in a high-profile corruption case, sentencing the influential politician to six years in prison and disqualifying her from holding public office.

The decision on Tuesday is expected to be appealed by Fernandez de Kirchner, who has rejected the allegations against her as a “staged fable” and is unlikely to soon serve any prison time due to governmental immunity.

The three-judge panel declared her guilty of “fraudulent administration” over irregular public works contracts that were awarded during her time as president between 2007 and 2015, but rejected a charge of running a criminal organisation.

In August, prosecutors had requested a 12-year prison sentence and a lifetime ban from politics.

“Obviously, there will be a conviction,” the 69-year-old told Brazilian newspaper Folha de Sao Paulo in an interview published on Monday, alleging that constitutional guarantees were violated during the judicial process.

After the verdict, she described herself as the victim of a “parallel state and judicial mafia”.

Prosecutors allege public works contracts were granted to a businessman ally of Fernandez de Kirchner, who then channelled money back to her and her late husband Nestor Kirchner, also a former president.

The lead prosecutor on the case had described the alleged scheme as “probably the largest corruption operation” in the country.

But Fernandez de Kirchner’s backers have said the case is an example of political and judicial persecution.

“This court has been a true firing squad,” the left-wing politician also said during her final address to the court, accusing prosecutors of having “dedicated themselves to disrespecting and insulting me”.

A guilty sentence was expected to trigger angry reactions from Fernandez de Kirchner’s supporters in a politically polarised country that is enduring a long economic crisis, with inflation heading towards 100 percent.

It could also cast a shadow over the ruling government of President Alberto Fernandez, which is facing a tough battle to fend off a challenge from the conservative opposition in general elections set for next year.
“The verdict will have a strong political impact,” political analyst Rosendo Fraga of the University of Buenos Aires told the AFP news agency ahead of the decision on Tuesday.

However, years of potential appeals lie ahead in a process that Fraga said could take up to six years or more.

Others also said that Fernandez de Kirchner would not go to jail any time soon.

“She currently has privileges as vice president, which means she is one of the officials whose removal requires a political trial,” said lawyer Alejandro Carrio, adding that higher courts could spend years going over appeals up to the Supreme Court.

Eight of Fernandez de Kirchner’s co-accused also were found guilty and sentenced to between three and six and a half years in prison on Tuesday. Three were released and another had their case dismissed.

The court’s ruling comes just months after Fernandez de Kirchner survived an assassination attempt outside her home in Buenos Aires. A man pointed a gun at the vice president’s head in early September and pulled the trigger, but the weapon did not fire and she was unharmed.

The incident prompted widespread condemnation and an outpouring of support for Fernandez de Kirchner, with thousands of her supporters pouring into the streets to express solidarity with her.

On Tuesday, crowds blocked streets in the centre of Buenos Aires ahead of the verdict while lines of police prepared to reinforce tall metal barriers outside the court, where some of her supporters had turned up.

“I am here to defend Cristina. We defend her for what she has done and what we know she can continue to give,” 50-year-old Marcelo Graziano said outside the courthouse.