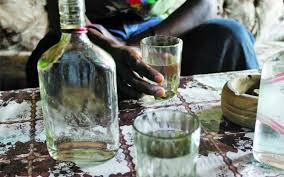 Central Kenya a region previously known for high consumption of alcohol in Kenya is now ranked as one of the regions with the lowest alcohol consumption in the country according to the Nationa National Campaign Against Drug Abuse (Nacada).

A survey conducted by Nacada shows that Central has a significantly low prevalence of Nairobi and other regions.

The use of technology has played a major role in reducing alcoholism in the region even as the county sinks deeper into abuse.

“Aggressive campaigns have led to a big drop in alcoholism in the region,” Nacada Chief Executive Victor Okioma said.

Despite the decrease in the region, the use of alcohol still a major problem in the country, with at least 6.3 million people being regular consumers.

“Alcohol is the most abused substance, with a prevalence rate of 12.2 percent. Ten percent of substance-related disorders are linked to liquor,” Okioma said.

Central Kenya comes to the second-lowest at a rate of 8.3 percent after the northeast with 1.4.

Nairobi leads in alcohol-related disorders at 18.4 percent, followed by Western at 13.1 percent while Eastern stands at 10.6.

Central Regional Commissioner Wilfred Nyagwanga praised the use of drones for the gains made in the fight against brew.

“The technology enabled us to survey many areas and find production and consumption dens on the banks of River Chania,” Nyagwanga said as reported by Nation.

Consumption of rural areas has been on the rise, with a prevalence rate of 29.6 percent compared to 31.7 in urban centers.

The State ordered a crackdown on alcoholism in 2015, leading to the destruction of illicit brew places.